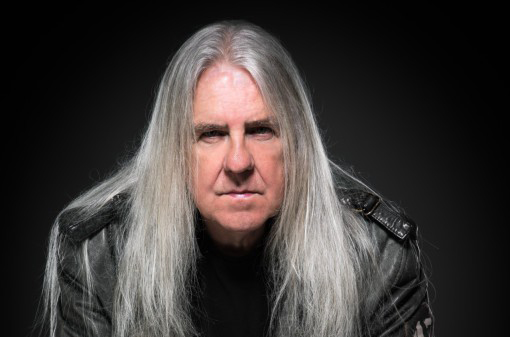 Biff, bash, bosh – the school of hard knocks! When you hear Biff’s iconic voice you inevitably think of Saxon, given that’s where Biff’s vocals have featured for over 40 years. No doubt Biff will want to see this very much as a separate entity, but the comparisons are inevitable; you can take the Biff out of Saxon, but can you take the (anglo) Saxon out of Biff?

In particular the heavier numbers such as ‘Pedal to the Metal’ feel close to what he would be producing with Saxon, perhaps exactly because it is still his voice, and even recorded by Saxon’s sound engineer Lehmann. Once you hear past the voice though, it is clear that the musicians are different from Saxon. The music is played with the clinical precision of session musicians, which perhaps doesn’t quite match the more organic recordings of Saxon, but here it is done to perfection and with quality. 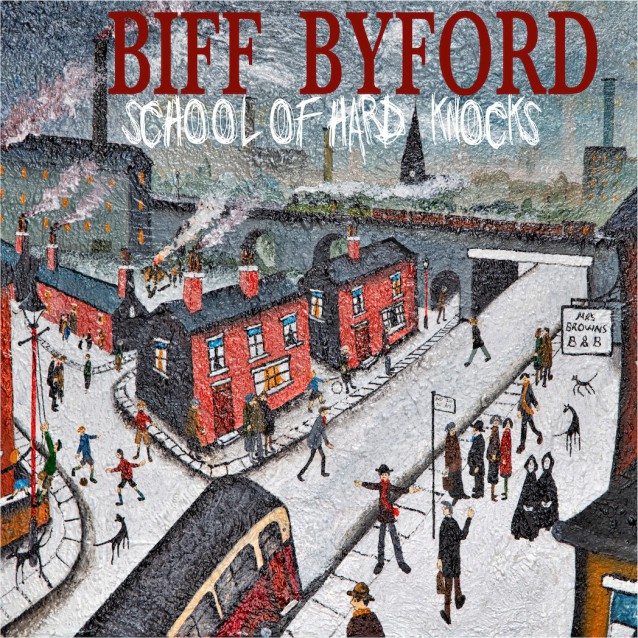 You can detect the difference and freedom that Biff has to make this his own and his desire to create this solo album is perhaps echoed subliminally in the opening line of the opening song – “I’ve been waiting for this for ever”. The more personal aspects are dotted throughout and shine in numbers like ‘Me and You’.

One of the enjoyable facts when well-known and experienced musicians do these solo albums is that you know the recording will be top notch and that is definitely the case here.

You can immediately hear the quality, with the music jumping out of the speakers with a clarity and depth that many bands/producers cannot achieve. In an increasingly digital age, the ability to make recordings sound ‘real’, rather than ‘artificial’, is increasingly tricky.

His interest of history remains strong, with a spoken word piece over the Spanish guitar in ‘Inquisitor’ and obviously a special focus on his Yorkshire roots and upbringing with ‘The Pit and the Pendulum’, or the cover of ‘Scarborough Fair’.

The sounds of the NWBHM era is reminiscent of steel factories and the main riff of ‘Pit and the Pendulum’ does have that thumping and industrious soundscape.

The cover of wishbone ash’s ‘Throw Down The Sword’ is a befitting nod towards a big influence of both Biff and Saxon – you only have to think back to Saxon’s first album with songs like ‘Frozen Rainbow’ and perhaps even the album cover artwork itself, to witness that influence. His voice soars over the iconic riff and has a lovely emotional tonality of someone clearly singing a song they really enjoy and respect the original artist for.

The School of Hard Knocks is a unique collection of songs which will please Saxon fans, but it also gives some insight into Biff’s life and personality with the variety of styles on show in this album.

Biff has released a version of ‘Me And You’ over Valentines weekend. He told MetalTalk “Happy Valentine’s Day!! I wrote this song for my wife and our 25th anniversary but I think it can be for anybody who’s in a relationship. We all have anniversaries and memories, not my usual style of song but it’s always good to throw in a curve ball!”