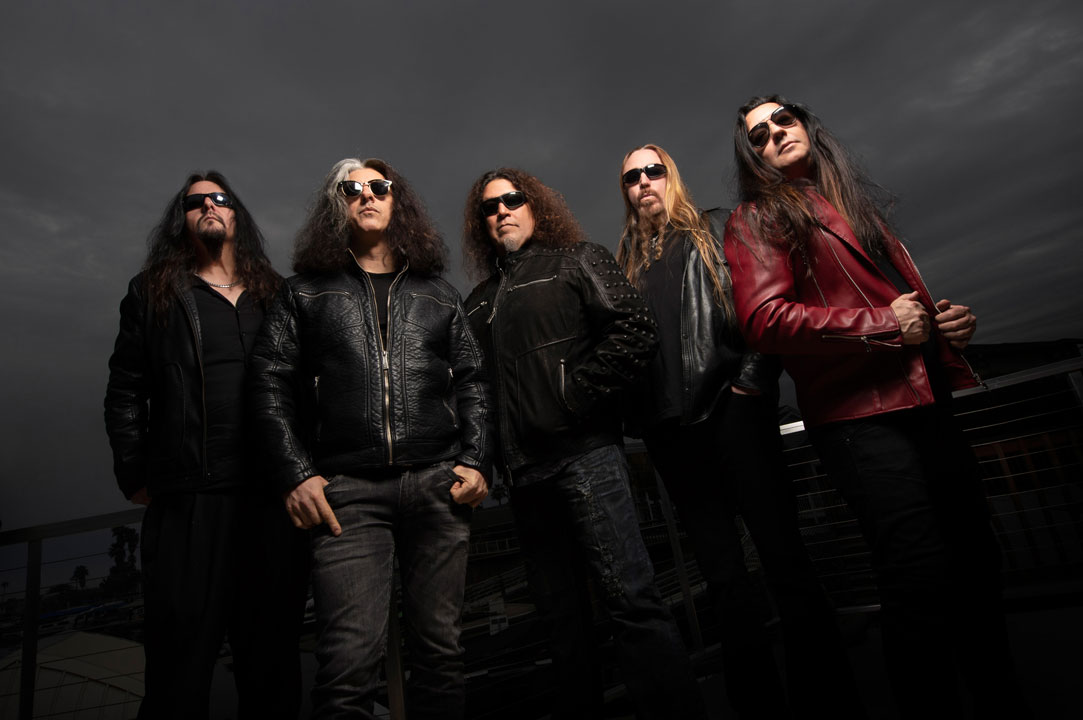 It has been a very busy few months for Testament. Between touring with touring with fellow thrash metal greats Exodus and Death Angel, the band finally put the finishing touches on their eagerly anticipated new album.

Now the Bay Area legends are back with their 13th studio album and its all the hardcore fans could have hoped for. After 2016’s return to form ‘Brotherhood Of The Snake’, the band have kept that momentum going with ‘Titans Of Creation’.

The album opens with a ferocious salvo of drums and guitars on ‘Children of The Next Level’. The breakneck speed continues on the downright evil sounding ‘WW III’. Frontman Chuck Billy sounds nothing short of killer, spitting the verses with so much venom and conviction. 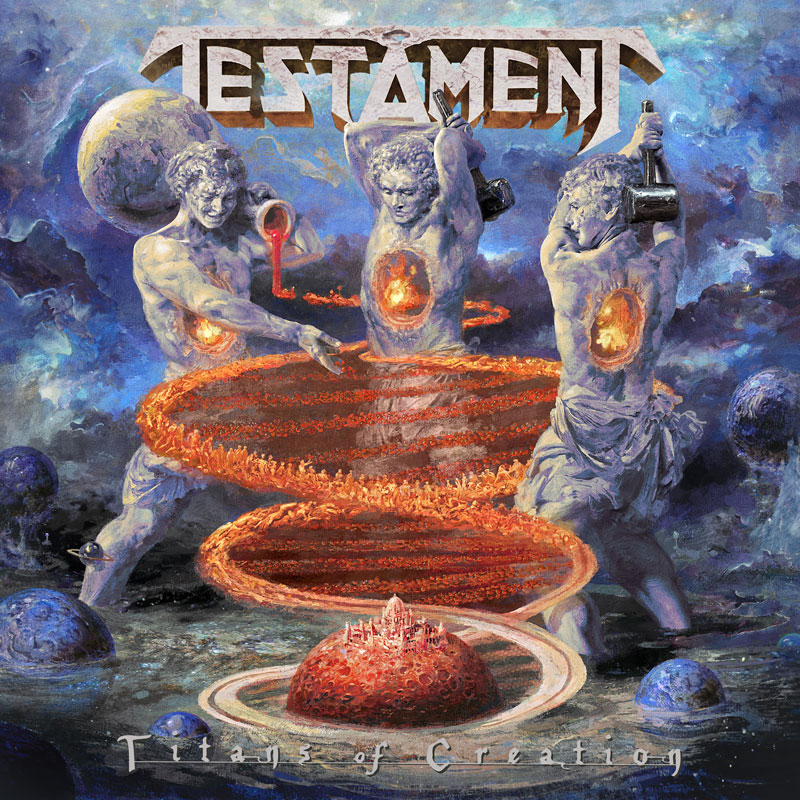 ‘Dream Deceiver’ sounds like ‘Kill ‘Em All’ era Metallica brought kicking and screaming into 2020. Guitarists Alex Skolnick and Eric Peterson weave a brilliant web of riffs and solos while Gene Hoglan kicks up a storm on the drums

Whether it’s going back to their roots or not, Testament sound as fierce and vital as they have ever sounded. With no filler and almost no slow down, the band sound like a lean, mean shredding machine as they tear through songs like the ferocious ‘Night Of The Witch’.

Guitarist Alex Skolnick shreds with an astounding fury, but at the same time there is enough melody simmering just beneath the surface of those shredding riffs that means you will keep coming back for yet another listen. It’s a subtle art even within Thrash Metal that many of the new generation still haven’t mastered, but it’s one that Testament have never forgotten.

Songs like the mid-tempo ‘City Of Angels’ cook with an almost Pantera like groove, courtesy of bassist Steve Di Giorgio. Opening with another groove metal bassline before settling into a mean riff, ‘Ishtars Gate’ lets Testament explore some epic fantasy lyrics before the guitar solos come flying.

Songs like ‘False Prophet’ or the buzzsaw riff of ‘Symptoms’ do feel more like Testament’s standard fair but it is hard to argue with a winning formula or a band that delivers this consistently to its fans.

‘The Healers’ rides in on another monster riff sure to start circle pits around the world. ‘Code Of Hammurabi’ is another tight and neat thrasher with Chuck Billy delivering his best throat melting verses, shouting ‘Eye for an eye’.

Never ones to mellow out, the album ends at breakneck speed with ‘Curse Of Osiris’ before the brief, doomy instrumental ‘Catacombs’.

While this album might not win over any new fans, it is guaranteed to please Testament fans from start to finish and keep the mosh pits heaving when they get back out on the road.