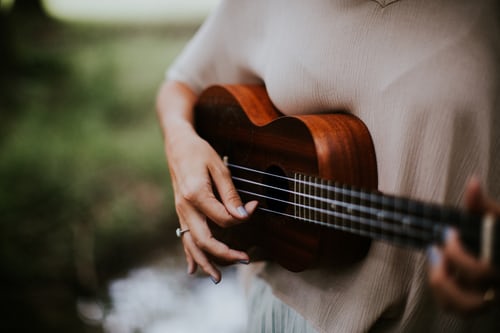 Ukuleles are very interesting instruments. The ukulele comes from Hawaii, although they are an adaptation of a Portuguese instrument called the machete de braga. The ukulele is a member of the lute family and comes in four sizes: soprano, concert, baritone, and tenor.

Like all of the lute family, the ukulele can be difficult to learn, but if you do successfully master the instrument, your skills will most certainly be in demand. However, before you master the ukulele, you need to take some time to learn about it.

This article will present seven interesting facts about ukuleles that will help you to develop more of an understanding of the instrument’s past:

Because the ukulele is a rather unique instrument, people tend to think that there aren’t many options in terms of brands and manufacturers. This is wrong. There is a huge variety of ukulele brands to choose from. Some of the best ukulele brands are Cordoba and Fender. Other brands include Martin and Kala.

As with everything, different brands manufacture products of differing qualities. Some brands produce much higher quality instruments than other brands, which is why you carefully need to research manufacturers if you intend on investing in a ukulele.

In addition to there being a variety of brands, there are also different types of ukuleles [like this article’s introduction mentioned].

The ukulele was not an instrument that just anybody could use. In fact, the instrument’s ownership was, for a period, restricted to Hawaii’s royalty. In the courts, ukulele players would perform. The ukulele’s royal assignment is partly why the instrument became so popular on the island. With time, the instrument trickled down from the top and spread throughout the island, and eventually, overseas. Had it not been for the Hawaiian royals, however, the instrument may never have attracted popularity.

It’s not hard to see why the royals would want to keep such a delightful instrument to themselves.

Did you know that you can play Heavy Metal on the ukulele? In fact, the ukulele is a fantastic instrument for playing Metal. Despite the instrument’s small size, it can produce some great sounds. There are of course limitations to what Metal songs you can play on a ukulele. Ukuleles limit your riffs to two octaves or less. There are still some classic songs that you can play on a ukulele, however, including Rammstein’s Ich will and Metallica’s Battery. If you’re a really keen musician, then you will be able to produce your own riffs. 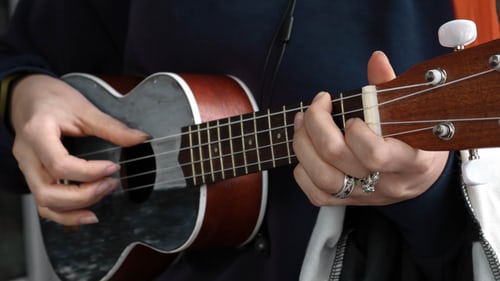 On the subject of ukuleles and guitars. After the Great Depression, ukuleles became more popular than guitars. For a brief period, ukulele sales overtook guitar sales. This was because ukuleles were much more affordable than guitars, so ordinary people could buy them. They were also much more affordable to produce because they could be made out of plastic. While today they are nowhere near as popular as guitars, it’s amusing to know that, at one time at least, ukuleles were the most desirable string instruments.

Ukuleles can be difficult to learn, but nothing’s impossible. Because the instrument is today seen as unique, players are in high demand. If you learn to play the ukulele, you should have no problem finding paying gigs. You could also consider busking, which is a great way to make a little extra cash.

The ukulele is an enigmatic and intriguing instrument, but it is one that anybody can learn to play. If the ukulele interests you, then what’re you waiting for? You can learn to play from the comfort of your home, with professional online courses or YouTube tutorials.