Alarm bells were ringing on Saturday night as a capacity crowd of 1,700 people had to evacuate the Cambridge Corn Exchange, out onto the freezing cold streets while security waited for the local fire brigade to turn up in a sea of flashing blue lights. 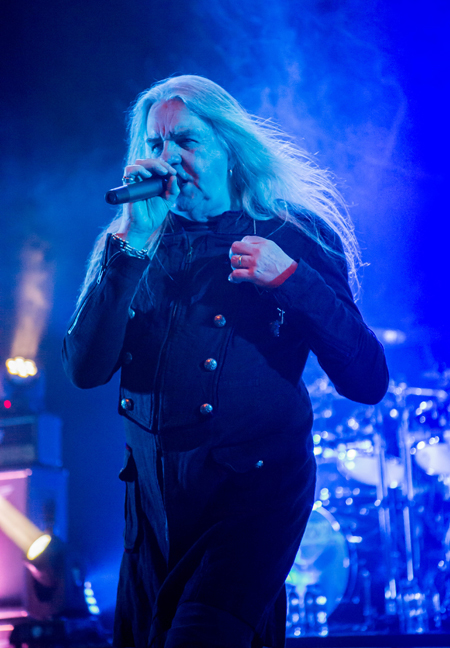 Rumours that Biff Byford had left the kettle on the gas stove for too long proved to be false. Fortunately, it was a false alarm.

However, security and staff of the venue must be commended for ensuring that the building emptied out rather quickly, with fans moving up the narrow streets to pave the way for those last out of the venue.

As luck would have it, the fire alarms went off just as special guests Diamond Head had finished their set. The quick arrival of the fire brigade and the all clear quickly given meant that Saxon’s stage entrance was only delayed by twenty minutes. Sensibly, the British road warriors were allowed to break the curfew meaning that the full set could be performed as originally planned.

Biff would later comment on stage that it’s the second time in their career that they’ve had to evacuate one of their own gigs due to a fire alarm going off, but he couldn’t remember exactly where it had happened before. For the record, it was Maidstone Leisure Centre back in 1991. 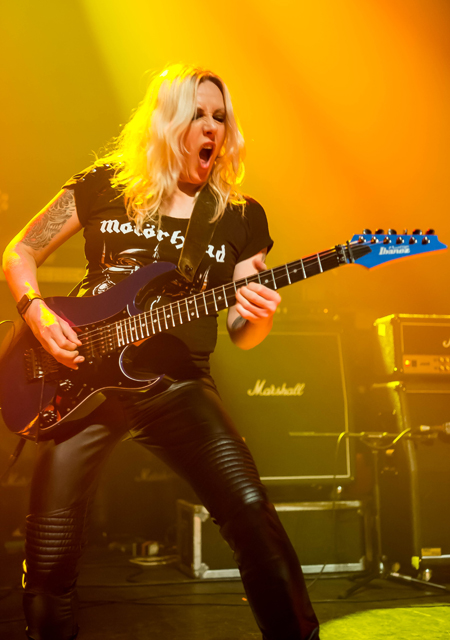 The evening got off to a promising start with many fans braving the freezing cold weather and forming a lengthy queue that snaked around the venue, to get inside for the early starting time to see the reformed Rock Goddess.

It’s now been five years since the original line-up got back together and it has been a steady work in progress for the girls as they seek out their perfection before they release their comeback album, which according to leading lady Jody Turner will eventually see the light of day in the Autumn.

The signs are positive for the new album as the best audience reactions were reserved for the one finger salute of ‘Back Off’ and the life affirming anthem ‘More Than Rock N’ Roll’ where the beer swigging Turner got the crowd singing louder to the recent single rather than their similar debut ‘Heavy Metal Rock N’ Roll’ which was met with a sober yet heartfelt response.

With the addition of Diamond Head to the bill, it really was like being back in 1982 listening to the radio every Friday night.

Only guitarist Brian Tatler remains from the original line-up, but new vocalist Rasmus Bom Andersen has helped to revitalise the band’s career, with their 2016 eponymous titled album being their best since their classic heyday. 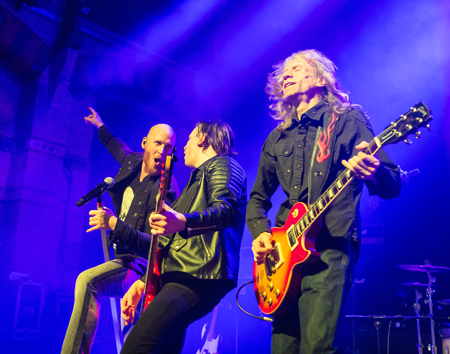 It’s a shame that ‘Bones’ is the only new song performed from the recent album in a short set, with Diamond Head still feeling the need to perform all the songs that inspired and were covered by Metallica, to prove their worthiness to a young audience. In truth, songs such as ‘Helpless’, ‘It’s Electric’ and ‘The Prince’ are second rate throwaway punk numbers.

‘Am I Evil’ is a bonafide textbook Heavy Metal monster of a tune but Diamond Head were always better when they eased their foot off the pedal and slowed down a little on songs such as ‘In The Heat Of The Night’ which allows the tune to breathe and leaves room for improvisation and exploration.

Diamond Head could do themselves a huge favour by going back down this route. 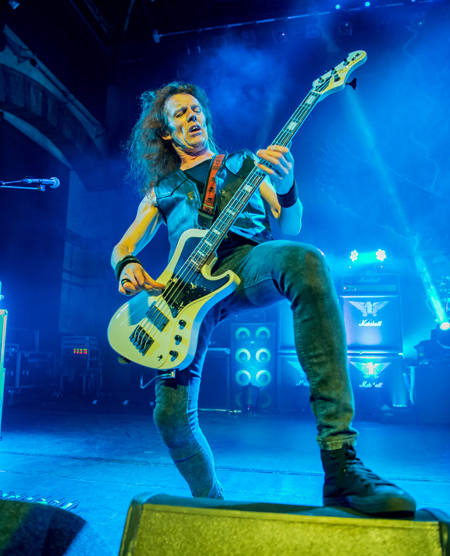 The fire alarms may have rang for no good reason but Saxon were on fire. With a massive backdrop featuring the artwork to their new, 22nd studio album, ‘Thunderbolt’, Biff and the boys got their heads down for the bulldozing title track which opened the show.

Six tracks from the new album were performed including the biting riffs of ‘Predator’, a menacing number that works better live without the Godzilla like growly backing vocals.

Tributes are made to Motörhead with the celebratory ‘They Played Rock N’ Roll’, made all the more poignant when Biff mentions that none of that classic line-up are with us anymore as he reminisces about playing at the Cambridge Corn Exchange for the first time back in 1979 supporting Motörhead, a huge turning point in the career of Saxon. 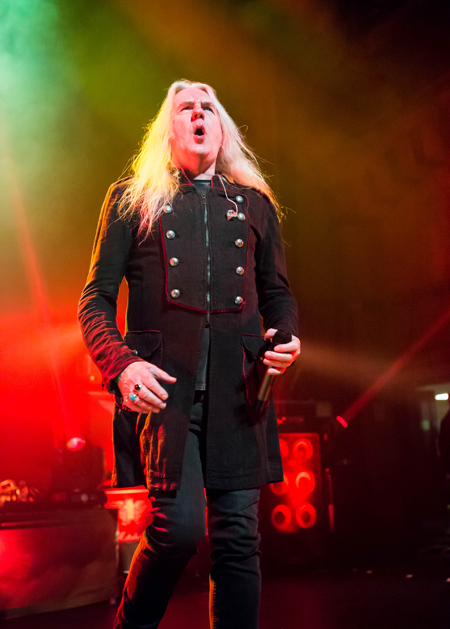 Unlike other classic Heavy Metal bands who feel the need to prove themselves relevant, Saxon know that at the end of the day a good show is about entertaining the paying punters by giving them exactly what that want. That means delivering all the old classics which included ending the main set with the four-song cannonball arsenal of ‘And The Bands Played On’, ‘747 (Strangers In The Night), ‘Crusader’ and ‘Princess Of The Night’, all sang by the crowd at the top of their voices.

When that is followed by an encore of classics with the hat-trick of ‘Heavy Metal Thunder’, ‘Wheels Of Steel’, complete with upstairs and downstairs sing-alongs and the ultimate Metal anthem ‘Denim And Leather’, which basically is the Heavy Metal bible all written inside a four minute song, you realise that Saxon are one of the best and most important bands that have ever exsisted in the history of Heavy Metal.

We’ve lost Motörhead, we’ve lost Dio, Judas Priest appear to be spreading their wings of destiny for just one final time and Iron Maiden are in a corporate world of their own making.

The time is right for Saxon to get the true recognition that they rightfully deserve as the crowning kings of true Heavy Metal.

As they sing themselves, “It was you that set the spirit free.” 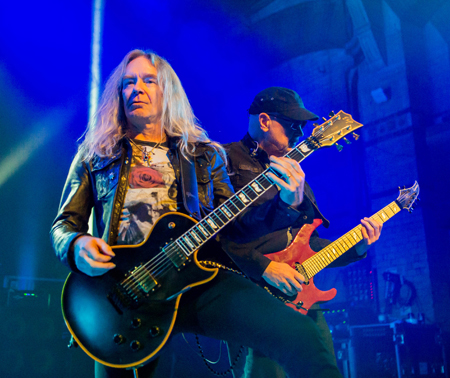