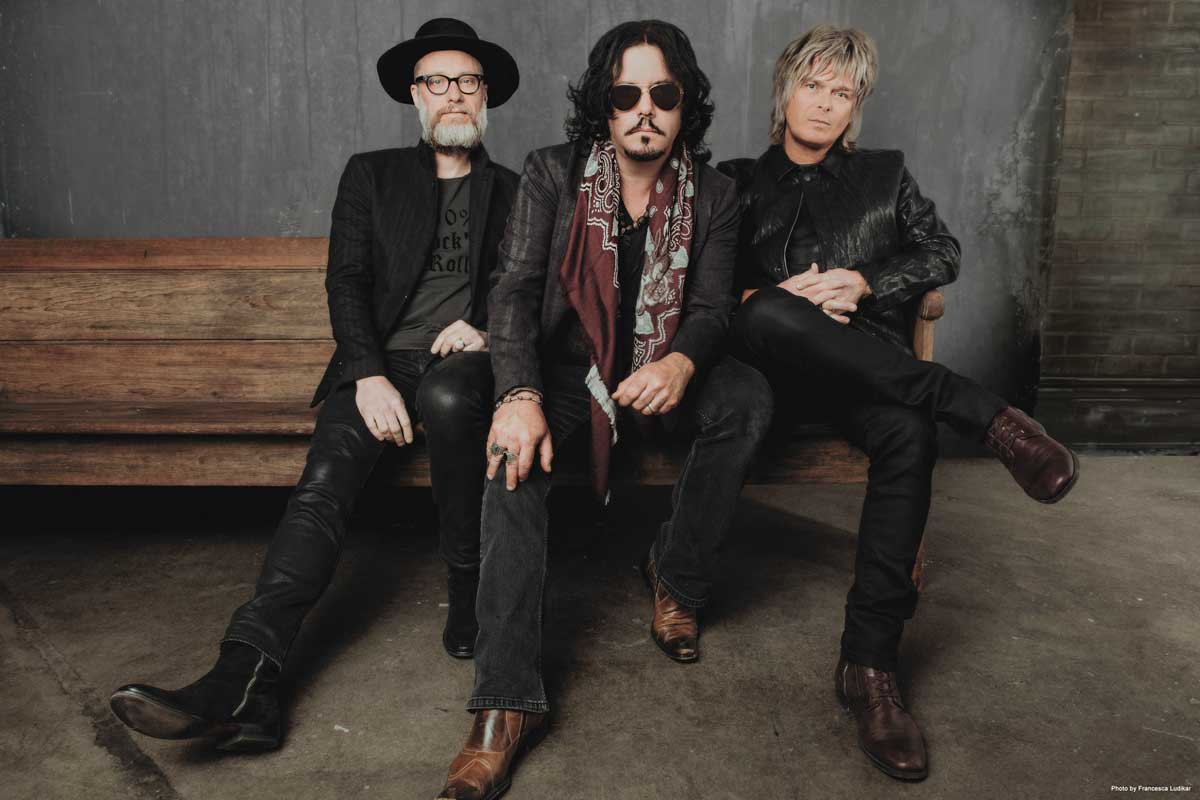 Canadian experimental rock trio The Tea Party release their first album since 2014s, The Ocean At The End. Five years in the making, Blood Moon Rising sees The Tea Party on top form with a more bluesy, laid-back rock vibe.

The Tea Party – Blood Moon Rising (Inside Out) 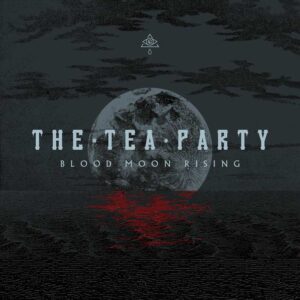 Once dubbed “Moroccan roll” by the press back in their mid-’90s heyday, The Tea Party were never a band to rest on their laurels. Always looking for something different, they released some fantastic albums back then, and suddenly they split up in 2005, only to reform again in 2011. The original line-up of Jeff Martin on vocals, guitars and assorted string instruments, Stuart Chatwood on bass and keyboards and Jeff Burrows on drums and percussion make a glorious noise together.

“When the band got together in late 2019 to work on new material, there was a conscious effort to return to the guitar-based music that launched the band’s career,” the band said. “Big guitar riffs, big drums and big basslines.”

The album opens with the Led Zeppelin influenced Black River with Martin’s deep baritone vocals proving that he’s lost none of his power and melody in the intervening years. If anything, he sounds better now than he has ever done. He also looks fit and healthy now, and with his shoulder-length hair, laughing cavalier style moustache, and goatee looks every inch the rock star he is.

Way Way Done continues with the bluesy vibe with a wonderful guitar riff, which this album is chock full of and the inclusion of harmonica tips this track into the “very special” category.

As always, the song arrangements are lush and wonderful, and the musicianship is exemplary. You’d be hard-pressed to think that The Tea Party are a trio.

Sunshower is a glorious acoustic guitar-driven track that instantly transports the listener to a sun-kissed beach. Stuart Chatwood’s wonderful keyboards add a touch of class alongside a beautiful guitar solo from Jeff Martin.

Shelter has a vocal melody that reminds me of the cult Manchester indie band I Am Kloot.

Summertime has a driving riff and just plain rocks like a motherfucker. The most recent single is Hole In My Heart. “The original idea for this song started way back in 2003,” the band said, “but it was only during the writing process for our new record that all the pieces finally came together. We had a blast recording this and we hope you enjoy it as much as we do.”

Blood Moon Rising has three cover versions on it. First is Led Zeppelin’s Out On The Tiles, which they make their own. The following two covers are a bit more left-field – Joy Division’s Isolation and Morrisey’s Every Day Is Like A Sunday. Both are just fantastic, with Martin’s voice a perfect fit for both tracks.

If, like me, you’ve been patiently waiting for a new album from The Tea Party, you certainly won’t be disappointed with Blood Moon Rising. It’s up there with the very best the band have released.

If you haven’t yet introduced yourself to The Tea Party, then Blood Moon Rising is the perfect place for you to start. It’s just gloriously wonderful.

Hole In My Heart

Out On The Tiles