Album Of The Week / The Stranglers Dark Matters is simply majestic

The Stranglers finally get around to releasing the follow up to 2012’s Giants with Dark Matters. MetalTalk asks Robert Adams if it’s been worth the wait?

The quick answer to that question is a definitive YES! The only real grumble I have is that it’s eleven tracks clock in at 42.55. Now I know The Stranglers would never release a triple album, but quality ALWAYS trumps quantity. 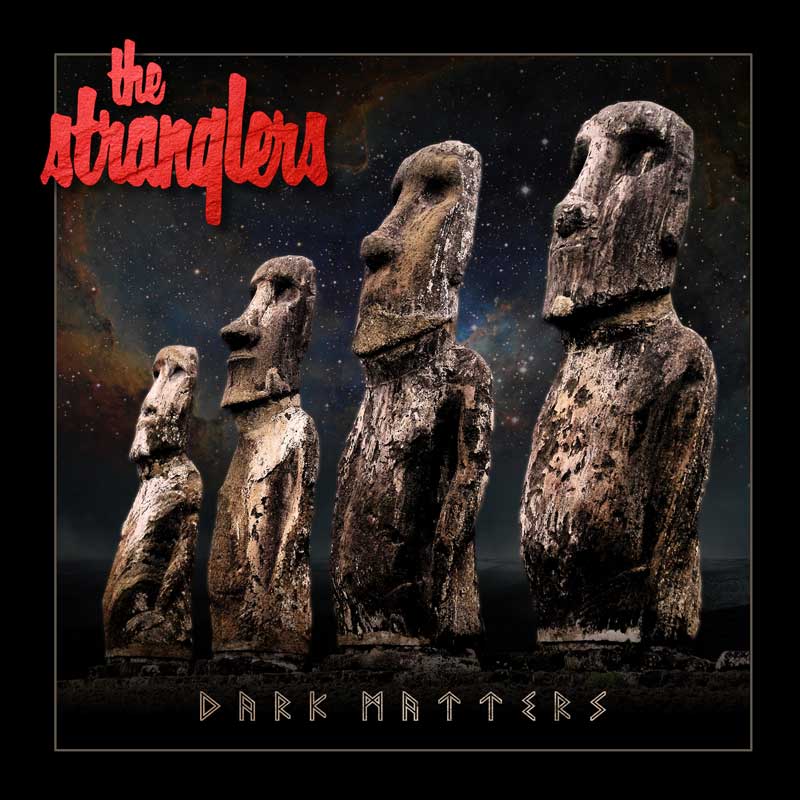 The album kicks off with Water, and you know you’re in safe hands.

A heavily reverbed clean guitar sound gives way to glorious organ swells before the unmistakable bass rumble of JJ Burnel is followed by Dave Greenfield’s signature organ arpeggios. We even get a lead vocal from JJ.

This couldn’t be any other band but The Stranglers. It’s melodic, thumping and has a singalong chorus.

This Song quickly follows, and we’re back in the classic Stranglers sound of No More Heroes. Nobody does melody with menace better than The Stranglers. Lifelong Stranglers fan Stuart Pierce makes an appearance in the video for this track.

And If You Should See Dave is next up and musically has the same feel as Always The Sun. JJ Burnel penned the song as a tribute to keyboard player Dave Greenfield who died last year. It is a really poignant tribute to the man who was The Stranglers’ not so secret weapon.

“We wanted to create a feeling of space, after all, one of us was missing,” JJ Burnel says. “Dave was a bit of a petrol head. He loved fast cars. The only time we made a video with a car was when we were in L.A and with the help of a Hollywood cameraman and a Stranglers’ friend, Dave Stump, we drove around the city in a 1964 Ford Mustang.

“That was the video for All Roads Lead to Rome. It felt appropriate to use that west coast psychedelic feel of the music to convey the mystery of Dave.”

Suppose someone asks you what The Stranglers sound like, play them this album.

All aspects of The Stranglers sound are covered throughout its eleven tracks. The Lines and Down showcase the band at their vulnerable best, and No Mans Land has an angular and jagged rhythm to the verses before breaking into yet another classic Stranglers chorus.

This is the first Stranglers album without drummer Jet Black, who officially retired in 2015, although he is thanked in the album’s sleeve notes. The sadly departed Dave Greenfield, however, features on eight out of the album’s eleven tracks.

If this is The Stranglers last studio hurrah – and it looks likely it will be – then they couldn’t have gone out with a better album. This is classic Stranglers, and it’s simply majestic.

Their early 2022 tour has been dubbed “The Final Tour”. If you haven’t seen The Stranglers live, or would like to see a full headlining set from them one last time, grab the few remaining tickets left.

They are one of the finest live bands you’ll ever see, and Dark Matters is one of the best albums they’ve ever recorded.