With 42 tracks from 42 bands, NWOCR Volume 1 is an extraordinary collection of superb talent that is the best of the newer bands on the rock scene. This double CD package, an essential listen for any rock fan, is released on 23 July 2021.

The idea for the project came from the New Wave Of Classic Rock Facebook group, which is pushing towards 22k members. Established in late 2017, the group focuses on musicians influenced by classic rock pre-2010, with the stipulation that these bands have only released music from 2010 onwards.

“It blows my mind how fast the NWOCR thing has grown,” Massive Wagons frontman Baz Mills says. “It has exploded! They shine a real bright light on new bands all over the world, and it’s a real honour to be a part of this official NWOCR compilation album.”

While the music industry is plagued with odious problems, such as poor remuneration in streaming, many people inside and outside the industry have offered support, advice, and promotion through the group. This is amazing, and Volume 1 is a real celebration of fans and bands.

“We’ve been looking into the possibility of putting together an NWOCR compilation CD since last year,” Richard Brindley (NWOCR) said. “We thought that right now would be perfect timing to release the definitive version of a set of tracks from bands who together define the genre.

“With the help of all of the fans of all the bands and the ever-growing membership of the NWOCR Facebook Group, we want to get this CD high up into the UK compilation chart and raise the profile of the movement and the bands to a massively wider audience.

The album has been supported by record labels including Off Yer Rocka, Nuclear Blast, Listenable Records, and Marshall Records.

“Marshall Records is stoked to have some of our artists included on this essential album,” Steve Marshall said. “We have been long time supporters of this amazing group of people keeping the flame of guitar rock burning brightly. NWOCR, we salute you!”

The album shows how passionate and dedicated these bands are. Many have full-time jobs, and making music is tough work. It would be unfair to single out highlights, but there are so very many, and it has turned me on to a couple of bands that I had failed to take notice of before.

Buy it. With the slow return of live performances, if these 42 tracks do not fill you with hope and excitement for the future of music, then I would be amazed.

Profits from sales will be divided between charity and music-related causes. You can order the CD and merchandise from nwocr.com

Last month 27 of the NWOCR Volume 1 bands got together for an excellent version of the Massive Wagons track Tokyo, which you can watch below.

“There is something truly heartwarming about a live audience singing back one of your songs to you at a show,” Massive Wagons frontman Baz Mills says. “It is always a moment, and it never gets old.”

“When I got to watch the New Wave Of Classic Rock remix of our track Tokyo for the first time, and I saw all of the faces from the scene belting out our song, I genuinely had a bit of a moment.

“Not only is it a huge honour with all these awesome people singing it, but it just cements the solidarity between bands, fans and media that are driving this incredible scene.” 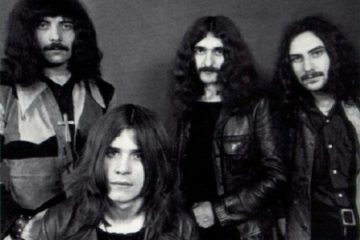