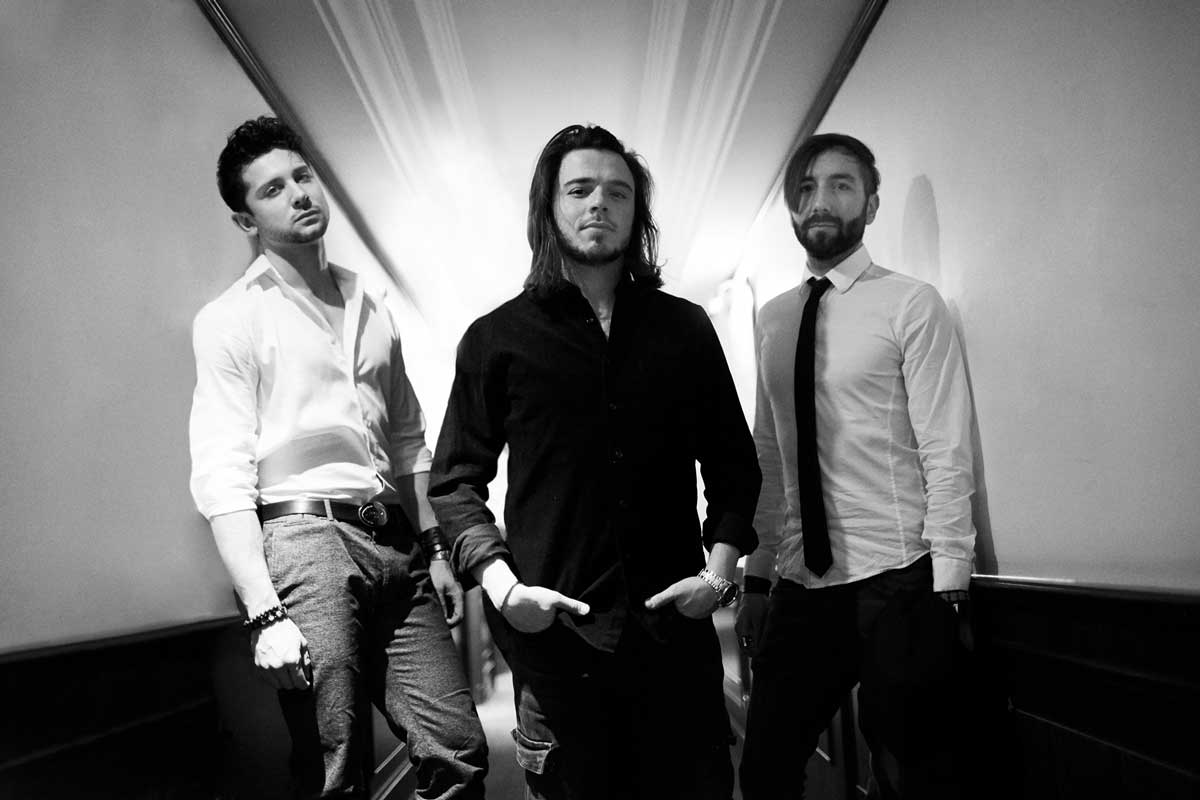 Mercutio have released their album, Antagonist, and it is a spectacular beast indeed. The strength of the songwriting and the complexity of the tracks is something that I love.

While there are plenty of riffs, Antagonist is not a formulaic piece of work. The fantastic vocals need to be heard, and along with a solid guitar, bass and drum sound, the whole package is something distinctive.

The band released their critically acclaimed debut album Back To Nowhere in 2015 with a different vocalist. But, with the addition of Ross William Wild on vocals, it is clear that this group have discovered something special.

Fabio Staffieri (Guitar) and Mercutio came originally from Italy, and their path has been a long one, with vocalist Ross joining in 2019. “When we heard Ross, we realised he was what we needed for this band,” Fabio says, “to make a large step and move the band to another level.”

The variety on the album is something that stands out. The Ghost That Is You, which features Jodie Sam Steele as a guest vocalist, is a beautifully mellow ballad style song, while tracks such as today’s new single Revolution Station and C-Word highlight the bands up-tempo riff-based Metal sound.

The song C-Word brings the expectation of some furious swearing but ultimately leaves smiles at the realisation that the track is about cocaine. “That was a song we wrote in the studio, and the experience was very, very funny,” says Fabio.

“It was a major entertainment to be out of lockdown and in the studio, finishing these tracks,” Ross says. “I had the idea for C-Word when we were on our way to lunch, and I remembered some vocals I had. So I thought we had to take the piss with this. It’s real, and there is a sadness to the track in the lyrics and the approach, as it’s about someone lonely trying to get get out of that drug hole. But it is also taking the piss out of people who think it’s a cool drug.”

With the album full of layers, it is one perfect for repeated listens. You can pick out different flavours all the time, and it is not something you can listen to once and can grab the full effect.

The song Terraferma has been chosen as the lead song for the 2021 FXC World Cup. “It’s so random and so cool,” says Ross. “Our manager [John Luca] told us this new sport wants our song as their theme tune. So if the sport is called ‘fireball’, they can have the song.”

Playtime, a previous single, features the line “these are the best school dinners I ever ate” and is a song about Ross’ first school love. “A cheeky ode to infantile lust,” says Ross. The line ‘licking the plate’, you can take in many ways. “Exactly, exactly. That’s the point,” Ross says. “I love to have people quiz me on my lyrics. I’m obsessed with writing lyrics and every percussive element. It means more to me than performing.”

With the song Alex, you find a massive sounding track, melodic and ballad-like, at the start. While the quiz on the lyrics leant towards aliens, the song is about Ross’s friend who sadly took his own life when Ross was young. “I used to call him my extra-terrestrial, and I processed the event by thinking he had left the earth to go back to his planet. So it focuses on the process of dealing with death at such a young age, someone who was close to you,” says Ross.

The great Slap Bang is “absolutely” a political song. The track is a stomper, sure to be well-received live and has a wonderful chorus which asks, “Where have all the moderators gone?”

“I’m getting sick and tired of extremism, both left and right,” Ross says. “I’m slap bang in the middle, come join the party. If you are an extremist, you are not going to have fun, as it is hard making friends.”

Chaos Is King is probably my favourite track on the album, with its big driving chorus and massive sound. “I wrote that song on MDMA in the middle of the Nevada desert during a shoot for a film,” Ross says. “It was a ghost town called Gold Point, marshalled by Sheriff Hank. I used to hide from Sheriff Hank when I toked my spliffs, and at the end of the shoot, he said, ‘we know y’all like to party, so we left a little spread out for you’. In the backroom, he had left Quaaludes. So I ended up riding a quad bike across the desert on MDMA that night.

“The whole song is about letting go of control and how man does not know shit. One of the most poignant lines in the song is ‘a thousand legs below the sea have never heard of sunlight before.'” 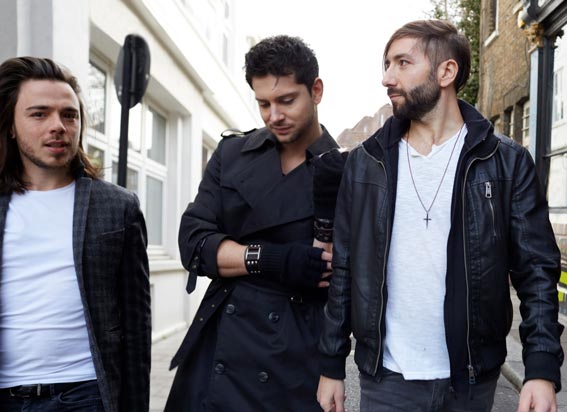 Part of something so awesome

The band played The Monarch, Camden, in April 2019, but the path has obviously been challenging since then. Fabio says, “We recorded the album in February [2020], but the three lockdown months after that were devastating.”

Pre-COVID-19, Ross was also touring the world in musical shows and getting a break from that was welcome, but to lose the traction the band had built up was a disappointment to them, but now the album is out, and the future looks promising.

“I could not have envisioned, a few years ago, that at the tender age of 32, I would be part of something so awesome with such awesome people,” Ross says. “We draw on influences through our lives. I’m a kid of the new Metal age, Papa Roach, Deftones, Tool. Fabio grew up with Led Zeppelin [laughs].

“We have so many crossovers of bands which inspire us, but we also share new grooves and sounds. Fabio is an insane arpeggio ‘smith’. I have a great ear for melody and how the vocals interact, but Fabio and our producer John Luca, have a great oversight. I would write prog, but these guys reigned me in, and we set ourselves on fire.”

With the last bass player moving back to Italy, the bass player from A New Tomorrow will join the band for the upcoming gigs, having also recorded a couple of songs on the album.

The album release show will be held at the Camden Assembly on 21 June, and this is promising to be a class event. “We’ve rehearsed and rehearsed, based on our motto of ‘prepare, prepare, prepare’,” says Ross. “We are so passionate about the music, and it is all about getting everything perfect.”

With it also being the first night of the ending of restrictions, so the evening “will be an absolute celebration.” They will play the whole album and “smash it out.” 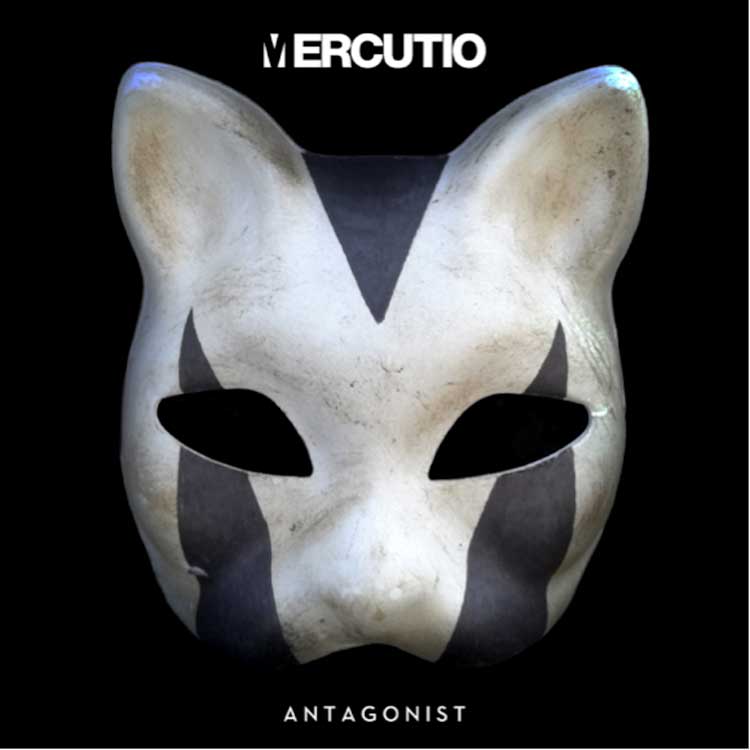 Mercutio will perform their stunning new album Antagonist in full at this album release show.

Mercutio will perform their stunning new album Antagonist in full at this album release show.

A tour with Inglorious is to follow. “Nathan James and I have been friends for at least ten years,” says Ross. “We were in the same boat, being performers in the West End. I was in my first Metal band at eleven, so I did it before Nathan, but we were both desperate to be in Metal or rock bands all our lives. So with our record ready and James in an established band, it was full circle to be able to say f**k it, let’s tour together.”

The second half of 2021 looks like a great opportunity for this excellent lineup to gain some well-deserved momentum with such an exciting album out.

Fabio says, “after one and a half years off, we need to seeing the fans again.”

Ross says, “The fans are as much a part of the show as we are, so come and get involved, and we will all have an awesome time.”

See you at the Camden Assembly. It looks like its going to be an amazing night.