Ages / Demonstrating Sweden’s ability to produce Black Metal of worth

Five years after the release of their debut album ‘The Malefic MiasmaI’, Swedish Melodic Black Metal trio Ages, return with their follow up release ‘Uncrown’, featuring Brice Leclercq on bass, who has also worked with Satyricon and Dissection in the past.

The band describe Uncrown as a cluster of “nine epistles containing evolving soundscapes and enlightening words of reason” and there is a great deal of logic to be found in the acerbically delivered, yet clearly decipherable lyrics.

‘The Malefic MiasmaI’ was a mournfully atmospheric and lyrically powerful album which put a sophisticated slant on Black Metal and this latest offering ‘Uncrown’ follows in a similar vein.

Taking a slightly more dark and sultry path than the predecessor, it is equally as superb an album. It has a subtle rawness that melds with an elegant, atmospheric and slightly mournful aspect.

Once again it is very lyrically profound and powerful and is as much about the artistic overview, as it is lyrical content, making it a very mature, sophisticated and thought provoking listen and well worth the five year wait.

It’s not an album to choose a favourite from, five play throughs in and I’m still mesmerised and enchanted by the sheer magnificence of this album.

Is it better than its predecessor? I can’t say, that was such a stunning album too.

‘Uncrown’ is a little more of a style specific to Ages, whereas there were decided nods to Dissection in the predecessor – not a bad thing by any means.

What it is, is an end to end superb listen. 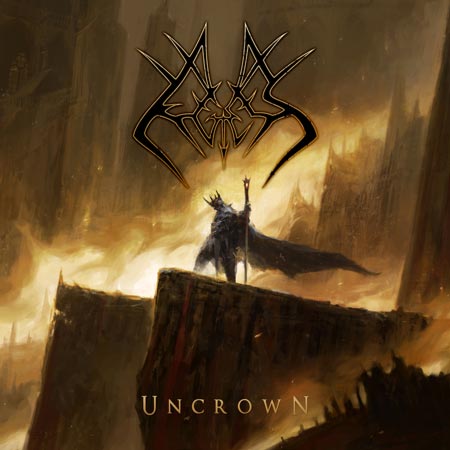 From the powerful opener ‘Burn Them’, which begins on haunting distant blackened riffs building to roaring vocals and unrelenting drum battery, culminating in the acerbic cry of ‘Burn, burn them all!’, all the way to the closing track, the haunting mid-tempo powerfully emotive ‘Pyres’.

Throughout, the whole album is superbly convoluted and complex in it’s variance of tempo, mood and atmosphere. Each track thoughtfully composed and executed, enhanced with subtle choral elements, just enough to give atmosphere but without over garnishing.

The album flows through the dark and intense ‘Illicit State’, the sinister, yet enchanting ‘Herolds of Enslavement’ and ‘A Hollow Tomb’ with its haunting piano opener.

‘Dominionism’ is haunting and sparse to open, then building with dark crushing intensity as it progresses along with superb soaring vocal protractions and haunting blackened repeat.

The beautifully dark but uplifting ‘Undivine’, leads into the haunting title track ‘Uncrown’, with its second half symphonic burst and concluding with the darkly haunting ‘The Death of Kings of Old’, with its reflective violin enhanced drop away.

A superb album for anyone with an interest in Black Metal, particularly the more atmospheric variety, demonstrating once again Sweden’s ability to produce Black Metal of worth.

Ages / Demonstrating Sweden’s ability to produce Black Metal of worth 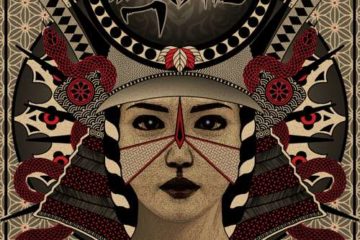