Having bypassed Dublin on his last visit to the Emerald Isle, the New Jersey legend makes a welcome return to the capital.

Known to be a stickler for punctuality, the boss man was obviously in a very relaxed mood. With a 7.00pm stage time heavily advertised around various radio stations on the build up to this show, a good chunk of the 85,000 crowd were still taking in the gorgeous sunshine in the nearby bars.

This was Bruce’s first time performing in Croke Park, a stadium famed for some of the most memorable moments in Gaelic football and hurling but tonight sport was not on the menu and instead an all you can eat buffet of honest, sentimental and raucous rock n’ roll was victoriously served up.

At 7.20pm, The E Street Band took to the stage followed by probably the coolest man ever to walk among us. Men, women, children and even politicians all worship The Boss. Ireland’s PM, Enda Kenny, had no problem been seen making a complete tit out of himself in front of the taxpayers as he embarrassingly gyrated in his VIP box.

Without a bit of fanfare, Bruce casually strode to the mic and addressed the crowd with “Good evening Dublin, here we go”, and a thunderous ‘Darkness On The Edge Of Town’ ensued. With some of his ever-faithful band starting to sport an aged look, at 66 the man looks ridicously immaculate. With 22 years on yours truly, watching him completely tear up the always-reliable ‘Badlands’ certainly made me question my lifestyle.

Touring in celebration of 35th anniversary of the 1980s ‘The River’ album, many of those songs were pumped out with his usual mix of power and spontaneity. Tracks like ‘The Ties That Bind’, ‘Sherry Darling’ and ‘Crush On You’ still strike a powerful chord with his tremendously knowledgeable following. Even ‘Hungry Heart’, probably the only Bruce song ever to make me cringe, was an overwhelming blast but it was the hip swivelling ‘Cadillac Ranch’ and of course the beautifully haunting title track that drew the most delirious applause.

As is the tradition with Springsteen shows, the great man prefers to wing it for the night, often telling his band the opening song seconds before show time. And of course the crowd get in on the act too, with various arrays of signage with song requests being held aloft. ‘Lost In The Flood’, ‘Death To My Hometown’ and ‘Tougher Than The Rest’ all got the flawless impromptu treatment but it was ‘Waitin On A Sunny Day’ that was truly the most memorable.

One lucky young girl became the envy of everyone in the stadium, including her parents, when Bruce nabbed her up onstage for the cutest of sing alongs. Not content with sharing the mic and embracing one of the most iconic figures in music history, she calmly whipped out her phone for the mother of all selfies.

Nils Lofgren took the spotlight from his employer with a virtuoso solo on ‘Because The Night’, and proving hip replacement surgery hasn’t halted any of his movement, he spun constantly for easily thirty seconds, a feat that would have left men half his age coughing their lungs up. The main part of the set was closed out in style with rousing versions of ‘The Rising’ and ‘Thunder Road’.

Now you all know the deal with encores, band leaves the stage, wait for their adoring public to scream “more”, and then make a dramatic reappearance as if they’re doing you a favour. Not with Brucie, a simple thank you, his famous Telecaster held high and a wipe of his brow and he’s off again. With every floodlight now on in the stadium, he made sure he reached every single person with tumultuous renditions of ‘Tenth Avenue Freeze Out’, ‘Dancing In The Dark’ and the only song guaranteed in his set, ‘Born To Run’.

For a stadium more accustomed to people knocking seven shades of shite out of each other on a weekly basis there was no such carry on here as he pumped out a party fuelled version of the Isley Brother’s ‘Shout’. After over two hundred minutes, the place was still shakin’ and watching the masses from a height waving their hands like certified lunatics was a sight to behold.

The sweet Americana tones of ‘Bobby Jean’ signalled the end of the E Street Band’s night and Bruce was left alone to close the night out with his acoustic and 85,000 of his best friends for ‘This Hard Land’.

I’m always sad leaving a Bruce Springsteen show, the reason being is that this guy ain’t going to be around forever. And if you haven’t witnessed this marvel at work, you simply haven’t lived. So get living before it’s too late.

Set List:
Darkness On The Edge Of Town
Badlands
My Love Will Not Let You Down
Roulette
The Ties That Bind
Sherry Darling
Two Hearts
No Surrender
It’s Hard To Be A Saint In The City
Back In Your Arms
Hungry Heart
Out In The Street
Crush On You
You Can Look (But Your Better Not Touch)
Death To My Hometown
Lost In The Flood
The River
Cadillac Ranch
Working On The Highway
The Promised Land
Waitin On A Sunny Day
Tougher Than The Rest
Because The Night
Spirit In The Night
The Rising
Thunder Road 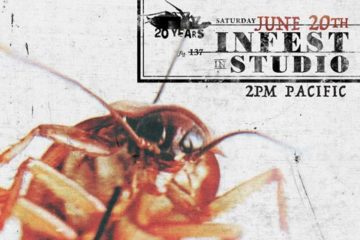