Former Motörhead drummer Mikkey Dee is now a permanent member of German hard rock veterans The Scorpions. This was officially announced around an hour ago and means that long-time sticksman James Kottak is no longer a member of the band.

Mikkey said: “I guess most of you have heard the news. I am now a permanent member of Scorpions. I feel truly honored and fortunate to be able to carry on playing drums on this level. I grew up listening to Scorpions and have always loved the band. We have been friends for a long time so travelling and performing this year with Klaus, Rudolf, Matthias and Pawel has been loads of fun and the crew is very professional.

“The Scorpions fans have been most welcoming and its been great to meet all the crazy wonderful Motörheadbangers along the way.

“I had some close to 25 amazing years with my friends and brothers Lemmy and Phil in Motörhead and that will always be the back bone in my future drumming. Lemmy always had great respect for Scorpions for being a real rock band and I am sure he is proud up there that I moved on and for playing with this class act.

The Scorpions have made an official statement too:

“We would like to thank James for so many years of lasting participation in the band and personal friendship. We understand and respect his need for time as he makes his way through the final stages of his healing process.

“After our incredibly successful shows in the US, Europe and Asia, we are sure to have found a fantastic drummer with Mikkey Dee. He brings a fresh energy to the band and we look forward to the exciting time together that lies ahead.”

Shortly after Mikkey announced the end of Motörhead in December, he was recruited into the Thin Lizzy ranks to play their Anniversary gigs of 2016/17 but then the offer from The Scorpions arrived and Judas Priest drummer Scott Travis joined Lizzy instead with Mikkey booked up for most of the rest of the year as a major part of the Scorps 50th Anniversary Return To Forever World Tour.

Kottak rejoined The Scorpions in November 2014, eight months after he spent a month in a Dubai, United Arab Emirates prison for insulting Islam after getting drunk on a flight.

He had been receiving treatment for alcohol abuse at the time and released a statement in June 2014 saying: “This entire incident caused me to realize that it is time to stop drinking once and for all so that I can become the father, musician, and friend that I know I can be.”

Swedish drummer Johan Franzon filled in for Kottak for some of the 2014 concerts and because of his arrest, Kottak did not perform with his bandmates at the April 5th 2014 show at the Formula One Gulf Air Bahrain Grand Prix and was replaced by former Firewind, Helloween and Tank drummer Mark Cross.

Klaus Meine told the band’s French fan club Crazyscorps in October 2014: “The door is open for you to come back. But first, it’s up to you, and you have to take care about yourself, take it serious, go through a serious rehab, and then the door will be open for you.'”

But now Mikkey is the new permanent Scorpions drummer and we wish him all the very best. 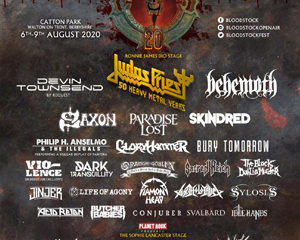