Nazareth have had a lengthy and successful career with twenty-three studio albums behind them.

Regular top hitters in both the album and singles charts in the seventies, it was quite common for Nazareth to be mentioned in the same breath as Deep Purple, Black Sabbath and Uriah Heep. The tides of fashion changed in the 80s but Nazareth continued to make strong commercial output and would continue to be a major live draw on the European and South American markets for the next few decades.

Sadly their future was thrown into turmoil when original vocalist Dan McCafferty had to retire from the band in 2013 due to ill health. Undeterred, Nazareth sought a replacement temporarily with Linton Osbourne before settling on the established Carl Sentance who had previously worked with metallers Persian Risk, Krokus and also Don Airey who he still continues to guest with.

Completing the line up of Nazareth in 2016 is original bassist Pete Agnew, his son Lee Agnew who replaced drummer Darrell Sweet who sadly passed away in 1999 and guitarist Jimmy Murrison who has been in Nazareth for 22 years since replacing Billy Rankin.

From the moment Nazareth hit the stage at the Under The Bridge venue you knew they meant business. It was loud n’ proud as the band stormed into openers ‘Silver Dollar Forger’ and the gritty ‘Miss Misery’.

Carl Sentance has a wide vocal range which is far removed from the gruff vocals of McCafferty, however he stamps his own identity on the numbers breathing a new life into songs such as the knock out punch of ‘Razamanaz’ and the rifftastic ‘This Flight Tonight’ where Sentance really has to reach for those high notes. 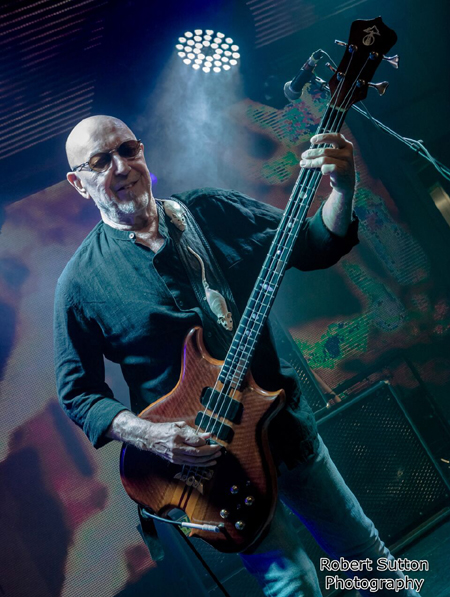 What was really refreshing to see was that whilst understandably the venue was full of older rock fans standing comfortably towards the back, down the front was full of young fans in their teens and twenties, many of whom were seeing Nazareth for the first time ever and thoroughly enjoying the show and that is where the beauty of Carl Sentance joining the band really shines as the music of Nazareth will now be enjoyed by a whole new generation of fans.

You really can’t go wrong when a band has such an extensive catalogue of songs to choose from and Nazareth are still capable of writing good tunes as proved on the ZZ Top hard drive of ‘One Set Of Bones’ from their last album ‘Rock ‘N Roll Telephone’.

Dedicated to fan Maggie, ‘Dream On’ sounds just as strong now as when it was originally released, ‘Holiday’ was a joyous romp whilst ‘This Month’s Messiah’ is a menacing live number with clout which surpasses the vinyl version. 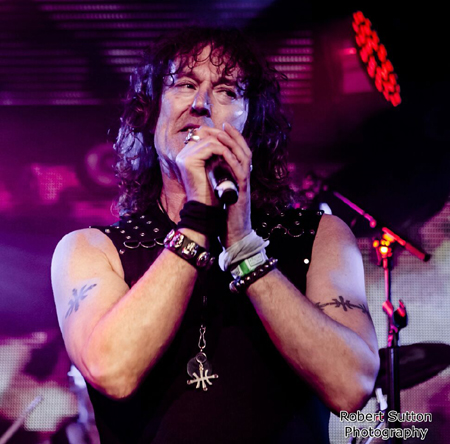 Nazareth express their boogie side on the tremendous ‘Turn On Your Receiver’ and ‘Bad Bad Boy’ and then ‘Changin’ Times’ sees some stunning guitar work from Jimmy Murrison who works in unison with Pete Agnew on this belting live number.

‘Hair Of The Dog’ and more hot fretwork from Murrison on ‘Expect No Mercy’ really fire up the party and an encore of the arm waving anthem ‘Broken Down Angel’ saw many voices raised for a jolly ole singalong.

A new album from this line-up would really seal the deal. Nazareth are still totally relevant in 2016. On this performance, you better believe it. 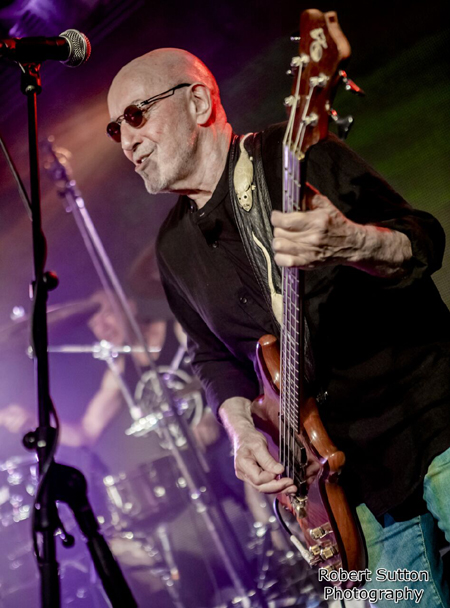 Before the band hit the Under The Bridge stage, Pete Agnew told MetalTalk’s Joe Geesin how it was going with the currrent line-up: “Good – very, very busy. The new line-up is really coming together. We’ve been together a year now but we’ve been so busy it still feels fresh.”

Pete also talked about the new album as last time he spoke with us, a year ago, new material was being tried out: “Great. We’re into the studio in January/February 2017, looking for a summer 2017 release and we’ve got two labels interested. SPV and Frontiers.”

Nazareth’s former drum tech Rab Kennedy sadly passed away recently after being with the band for many years. RIP Rab. 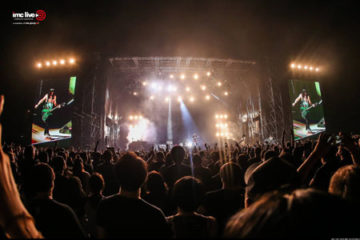