It’s always good to get out of your comfort zone and tonight’s performance by The Enid certainly did that. It’s hard to know what to describe it as – more than just a gig, it was part theatre, part concept piece, part rock opera, part performance art. It was certainly spectacular. 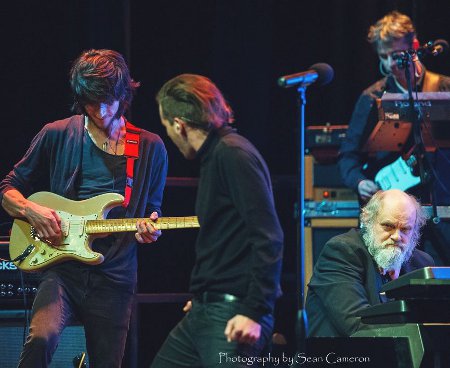 The talent of The Enid is without question and they have continuously re-invented themselves over the last 40 years – incredibly it is only in the last three years that there has been a permanent lead vocalist as part of the formal line-up.

This form of prog is not everyone’s cup of tea, and is a world away from a lot of the gigs covered by MetalTalk, but it is stunning in its scope and concept and different from just about anything else on the circuit at the moment. If you hate Pink Floyd at their most abstract then forget it, this is dialled up to eleven.

The show was the opening night of the tour and consists of tracks spanning the breadth of The Enid’s career, but formed into a coherent story with some being re-worked, with filmed backdrops providing narrative links on a huge LED screen. The introduction of ‘Land Of Hope And Glory’ kicked us off with projections of retro and vintage film clips like those used in the 40s and 50s, but instead this fantasy country was called “Eniland”. Some of the dystopian characteristics were all too familiar however.

The drama started instantly with first full band track ‘One And The Many’ featuring Joe Payne’s falsetto vocal blazing across the slow melodic backing, the song then rising to huge heights when the percussion kicked in. 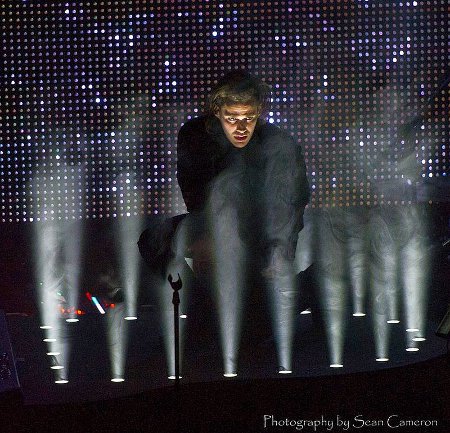 Moving into ‘Terra Firma’ there was a stylistic change, with the industrial and electronic sounds reminiscent of Sparks, followed by the first real heaviness of the night with ‘Earthborn’. Comparisons are ultimately futile though, they may be of use to form a kind of anchor, but the whole thing is more than the sum of its parts.

The visuals are a central part of the show, the descriptive backdrop constantly changing, with brilliantly done mesmerising graphics. Simon Drake – the magician seen in Iron Maiden’s ‘Raising Hell’ when he killed off Bruce Dickinson in his last performance as vocalist for a while – is credited with advising on the stagecraft and visuals and the quality shines through. 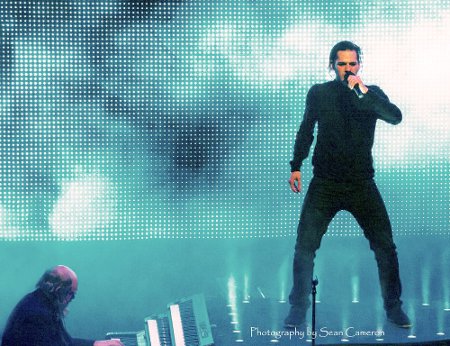 The cinematic element was very evident with ‘Space Surfing’, which started off funky and moved through almost every style you could think of, but the backing would be at home in any major sci-fi film.

The act drew to a close with a crescendo of emotions as the dystopian nightmare unfolded, the themes becoming darker and the pastoral choral music that was interspersed with the big orchestral sounds added to the chilling feeling.

Act Two started off with Joe perched on top of the piano bathed in lights for ‘Wings’ – it was clear that there was going to be no let up to the drama. 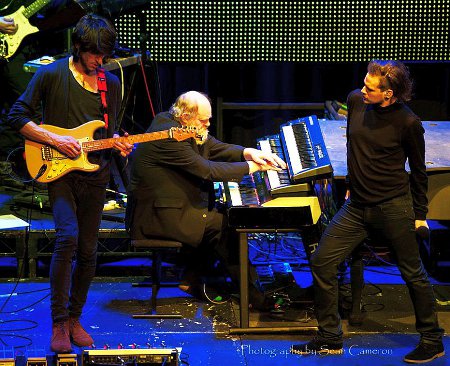 ‘Something Wicked This Way Comes’ (originally from 1983 and written about a nuclear holocaust) was applied here to the persecution of musicians – there is relevance here to The Enid’s current legal battle – and the performance became very thought-provoking.

As the story moved into a death and resurrection cycle we witnessed beautiful melodies, multiple harmonies, pastoral and romantic themes, all out bombast, hooks that grab you and more of this astonishing musicianship. It is gripping, and brings to life the previous two classical crossover albums ‘Journey’s End’ and ‘Invicta’, with the third part of the trilogy, ‘The Bridge’, released this month. 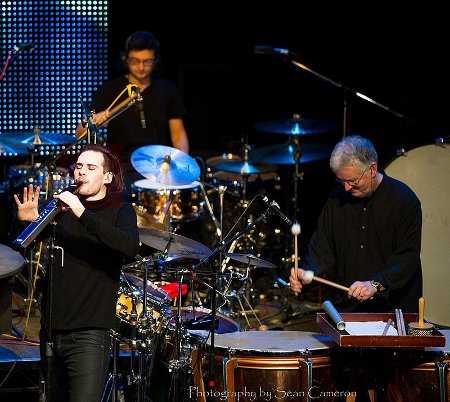 This is very much Joe Payne’s show, who as well as having a five-octave vocal range commanded the stage with assurance, elegance and a touch of Adam Lambert-esque flamboyance as he lived every word. The other members of the band remained static apart from the movement necessary in playing their respective instruments, which made a striking comparison.

The whole theatre was on its feet for the standing ovation at the end, and again for the encore of the title track from debut album ‘In The Region Of The Summer Stars’. As the band were introduced, the love and affection between band and audience was clear with everyone feeling that they had been part of something very special. 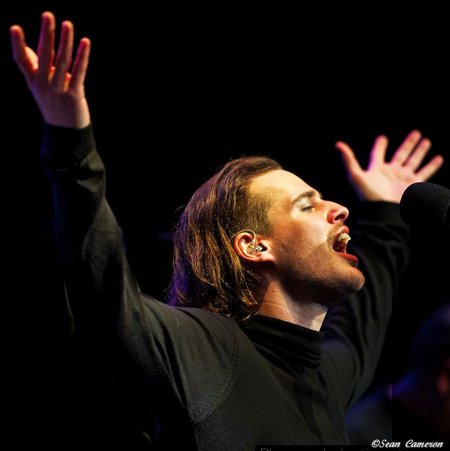 I caught up with Joe Payne afterwards who told me: “I started writing the show about six months ago, looking for a completely different concert experience that hadn’t been done before. Some of the songs are new, some haven’t been played live in decades, some have been changed slightly to fit the show but I think we’ve got a unique concept.

“I wanted a seamless production that was theatrical in nature – I am from a dramatic background and was an actor first and I had wanted to go back to acting and incorporate those elements. The Eniland concept started out being mocking at the beginning of the writing but then ISIS happened and that feels very personal, attacking people for any reason they feel like it. When I looked back at the show these layers and elements were in it, and it became less mocking and more reflective of what was actually going on.” 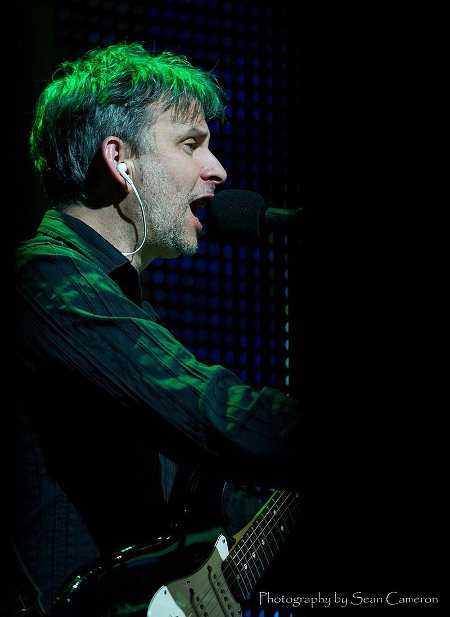 If you are a fan of The Enid you will be stunned and moved by this amazing production and how the songs have developed. If this show is your first introduction to the band don’t be surprised if you sit open-mouthed through much of it and go in search of more.

Overall this show really does work. Love it or hate it you cannot deny it is spectacular, unforgettable, and bordering on genius. I loved it. 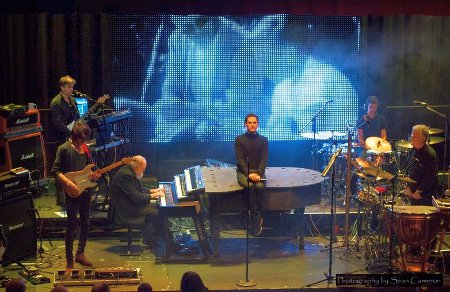 Encore
In The Region Of The Summer Stars 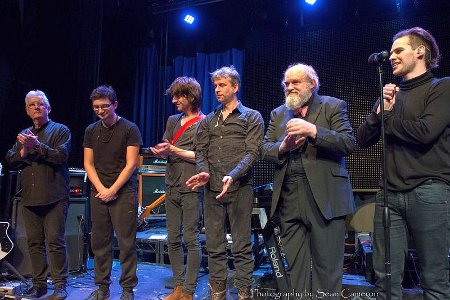