AC/DC drummer (or should that be former drummer?) Phil Rudd has been sentenced in New Zealand to eight months of home detention after he pleaded guilty to threatening to kill a man who used to work for him, along with possession of methamphetamine and marijuana.

The 61-year-old was sentenced in Tauranga district court on New Zealand’s North Island today (Thursday 9th July). He was facing up to seven years in prison for the threatening to kill charge.

Rudd pleaded guilty to the charges in April, acknowledging in a court summary of facts that he had offered large amounts of cash, vehicles and a house to an associate after asking him to have the victim “taken out”. He also acknowledged that he had directly said to the victim that he was going to kill him.

Judge Thomas Ingram told Rudd he needed to rehabilitate himself from drugs if he wanted to return to AC/DC.

He will be electronically monitored at his Tauranga waterside mansion and must also complete a rehabilitation program.

Judge Ingram told Rudd there “was nowhere to hide” and he would be jailed if he was found with any traces of drugs or alcohol in his system.

Until Rudd rehabilitated himself from a longstanding meth addiction, a future with the band was unlikely, the judge added.

“You are a man that clearly has rehabilitative needs,” he said.

Rudd’s lawyer, Craig Tuck, argued for a discharge without conviction, saying a conviction would leave Rudd unable to travel to Japan, Canada and the US with the band, resulting in the loss of tens of millions of dollars.

Tuck said Rudd’s actions were the result of methamphetamine psychosis but Judge Ingram said Rudd had been discharged twice before, on assault and cannabis charges, and there was no evidence to suggest he was with the band any more.

The judge was not convinced Rudd’s drumming was integral to the AC/DC sound. “Queen replaced Freddie Mercury,” Judge Ingram said.

Interview / Don Dokken talks about the 'The Lost Songs: 78-81' and more 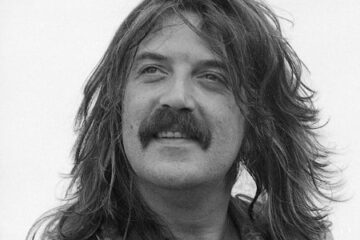