Within the last hour Motörhead have had to pull their performance at this year’s Wacken festival short due to the failing health of Lemmy. 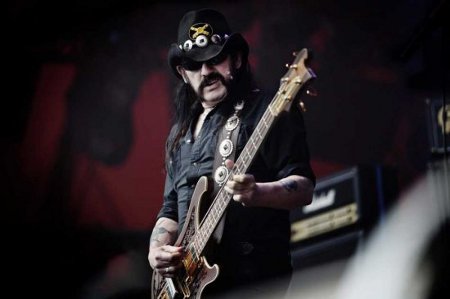 The band left the stage after just six numbers and details of exactly what happened are not yet totally clear.

Our man at Wacken reports that Lemmy told the crowd: “I’ve been ill recently – I’ve come onstage to play some rock n’ roll and fuck myself even more.”

Apparently Phil Campbell was paying close attention to Lemmy during the whole of the set.

The band opened with ‘I Know How To Die’, ‘Damage Case’ and ‘Stay Clean’ and after the fourth song, ‘Metropolis’, Lemmy went for a “breather” and left Phil Campbell to solo away.

The band continued with ‘Over The Top’ and ‘The Chase Is Better Than The Catch’ then left the stage with no announcement or no warning. It is believed that Lemmy collapsed behind the speakers after the sixth song.

An ambulance was seen leaving the backstage area but we absolutely cannot confirm that this was connected with the Lemmy situation.

An announcement was made from the stage by Saxon and Wacken manager Thomas Jensen very shortly after the incident but this was in German and our man at the scene does not speak the language.

More to follow when we have it. Stay posted…

In the meantime, our very best wishes go to Lemmy. Please get well soon!

Thomas Jensen said in his announcement that the Motörhead set was over and he did not know what to do or say to make it any better.

Phil Campbell has just guested with with Doro Pesch live on the Wacken stage on a cover of Judas Priest’s ‘Breaking The Law’. It is obviously unlikely that he would have done this if Lemmy’s condition was overly serious.