Jehangir Aziz Hayat: ‘Above The Fray’ 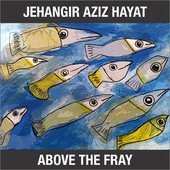 When your debut album is a multi-award nominated and winning one, then the expectation is high for your second. Such is the case for ‘Above The Fray’, Peshawar based Jehangir Aziz Hayat’s follow up to the successful ‘Between The Lines’ which collected him Best Male Alternative Artist, Best Alternative Recording and Best Alternative Video Under $5,000 at the Indie Music Channel awards in 2012.

So, does ‘Above The Fray’ live up to the expectation? The album departs slightly from hard-rock edge of ‘Between The Lines’, blending a grunge sound with melodic overtones, at times dipping into the Indie rock territory occupied by bands such as Killers, all pinned on his soft yet edgy vocals.

The album artwork is simple, drawn by his cousin’s daughter Sarah Arshad, and sums up the main ideas behind the lyrics. As the school of fish are living together without conflict, so we must rise above the fray and not allow ourselves to be bogged down by the petty conflicts, instead concentrate on the positives and grow.

The title Track and opener, ‘Above The Fray’, sets out the style perfectly. A simple two-chord riff opens for a couple of bars before the drums kick in and the song comes to life, a grunge anthem with a catchy chorus and a good solo to boot.

‘Riddling Rhymes’ is up next, a more melodic song about deception and lies, before the grungy riffs return for ‘Inside Outside’ and ‘Never Mind’, which is dominated by a bass guitar riff par excellence.

‘Vacant Rhymes’ is the first ballad of the album; a bluesy bass riff leads into a simple guitar sound again with a catchy chorus. The soft melodic ‘Doing Alright’ which has the hallmarks of an indie rock classic follows this.

Next up is ‘What Makes Me Happy’ and it’s a real feelgood song. This just bounces along pulling you in, a good track to listen to after a bad day. 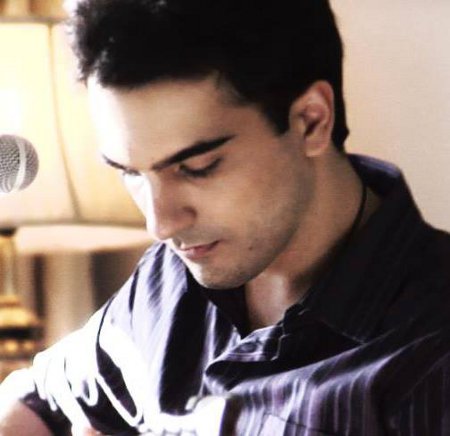 The indie rock style ‘Calling On’ is next up, then the grunge returns with the sludgy riffs on ‘Seems So Sound’ then ‘Planning Escapes’ is followed by ‘Chains Of Change’. Opening with a clever drum riff from Saad Salman, this song takes the best track award for its well-timed contrast between the verse riff and the heavy chorus.

The final track, ‘No Room For Defects’, dips straight into Nirvana territory, ending the album where it began.

So to answer my question, this does more than live up to ‘Between The lines’ – it exceeds it completely.

Well written, performed and produced, intelligent lyrics and a well rounded distinct style. It is hard find fault with this, so I am not going to – 5 beers well deserved here.