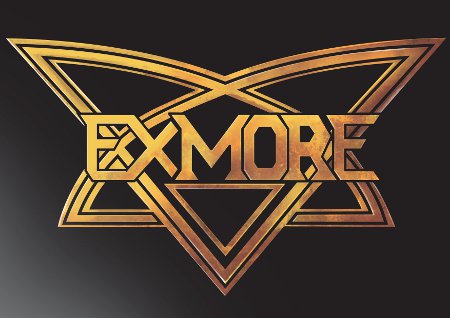 EXMORE, in conjunction with LDP Promotions, are confirmed for this year’s Headbangers Open Air Festival in Germany which will take place on 28th to 30th July.

Exmore’s warm up gig for Head Bangers Open Air Festival will be on 4th June at Scream Lounge in Croydon with support from Dangerous Breed and Mordecai. 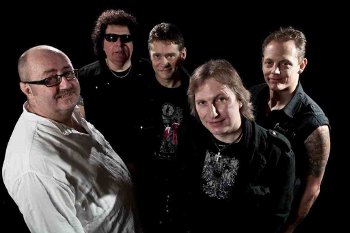 Here’s a potted version of the official More biography.

A hardworking London heavy metal band operating at the height of the NWOBHM with original members Kenny Cox on guitars, John Pettri on bass and lead vocals plus drummer Frank Darch.

Defender had originally begun as more of a blues rock band in 1979, then undertaken some club tours through Germany before returning to England. John and Kenny Cox decided to change the name to MORE.

More’s vocalist Paul Mario Day and guitarist Paul Todd actually played briefly for one of the early incarnations of Iron Maiden. MORE debuted with the track ‘Soldier’ on the 1980 BBC ‘Metal Explosion’ compilation album and released the ‘We Are The Band’ single. It reached number 56 in the UK national charts in 1981 before the group were signed by Atlantic after a session on the Friday Rock Show with the late Tommy Vance, who was a big More fan.

The band recorded their debut album ‘Warhead’ and it sold 40,000 copies in Germany. Todd had already been replaced by Laurie Mansworth (born on 07.04.1942) on second guitar.

After supporting Lionheart, Def Leppard, Ted Nugent, Girlschool, Saxon and Krokus on their British and European tours and subsequent gigs throughout the UK as headliners on the Atomic Rock tour, More opened Castle Donington ‘Monsters Of Rock’ festival in August 1981 with 65,000 people in the crowd.

Andy John Burton joined the band straight after Frank Darch left and before ‘Warhead’ was released, and also was with the band from then on and for the second album ‘Blood & Thunder’. He did all the major tours with the band…

The band soldiered on, recruiting vocalist Mick Stratton although the album was delayed as Stratton re-wrote lyrics to all the previously recorded material. Bassist Brian Day left during recording to be replaced by Barry Nicholls.

The record was never released in Britain, but did surface in Europe before Laurie Mansworth left (due to a lack of required talent). 7″ single Trickster was recorded and released on Atlantic Records in 1982.

A further attempt at reforming More in the spring of 1998 failed when Kenny Cox suffered five strokes, which ruined serious record company interest. Freeland subsequently journeyed on to Praying Mantis.

Sadly, Brian Day died due to ‘being in the wrong place at the wrong time’ and Kenny Cox left the music business. Laurie Mansworth is a manager for his son’s heavy metal band GOD SACKS MAN these days… 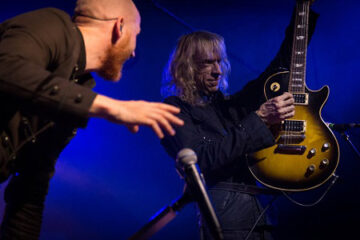