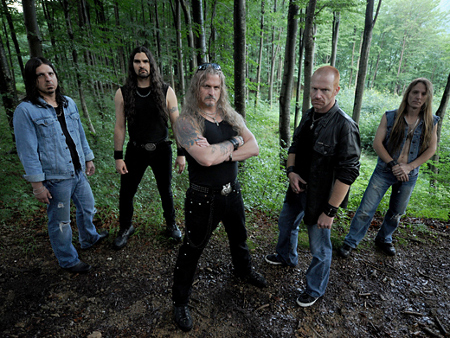 In his heartfelt statement, Barlow cites his commitment to his family and the need for Iced Earth to tour more as the reasons for his retirement; however, he has committed to perform with Iced Earth on all 2011 European festival dates, which will be his last with the band.

“Let me begin by saying how much of an honor it has been to share my time in Iced Earth with Jon and the guys… and with all of you! Since my return to the band in 2007, it has truly been extraordinary. I have had the opportunity to travel the world and see old friends and meet new ones. Though we had originally thought that the Iced Earth touring schedule would be very limited, we were able to play our fair share of concerts.

“During that time we were also able to have a live DVD produced [the forthcoming Festivals of the Wicked]. However, due to the rapidly changing music industry, it has become increasingly clear to recording artists that the only way to keep a band viable and to truly reach its potential is through live performances. That means that a band must reach out to new regions of the globe and become pioneers for their own livelihood. Since 2007, Jon and I have always had the best intentions for the future of Iced Earth, and we still do. However, given the band’s projected touring schedule, Iced Earth’s future and mine must now take separate paths.

“On my departure from Iced Earth in 2003, I made a commitment to my wife and to the idea that we would start, and raise, our family together. Two years later, my first child was born and two years after that, my second. My youngest son was born about a week before Jon asked me to return to Iced Earth. It was a very exciting and emotional time for all of us, but we were all clear on our intentions. It is apparent to us now that regardless of our belief at that time, time can change an intended outcome. In this instance, I hope that change will not be regarded as a bad thing, but rather as a necessary part of evolution.

“Jon and the band must venture into new realms to continue to grow Iced Earth. I commend him for his ideals and wish nothing but to share in his vision. I know that this is not the last time Jon and I will work together, but it will be my last endeavor with Iced Earth. Iced Earth is a name and force of its own. It has been very good to me and has allowed me to live a dream that others would give most anything for. I have been truly blessed to share this experience with everyone. I will continue to support Jon and Iced Earth in every way. I will also continue to create and perform in my own capacity.

“These next months will prove to be a very emotional time for me. I am extremely happy to be able to share the experience with Jon, Brent, Freddie, Troy and the Iced Earth family. I am proud to know them and honored that they consider me their friend. It is going to be phenomenal to share the love of this music during several summer festivals and I know that it will be a time we will never forget.

“Please consider all that I have brought forth and all of Jon’s offerings before passing judgment on the future of Iced Earth. This band has always strived to give its listeners the very best and I know that Jon, as always, will continue to lead that charge.

“To Iced Earth and all of you… I wish you the very best!!!

“I knew Matt wrestled with this for a long, long time,” said Schaffer. “It wasn’t an easy decision for him. But I love him dearly and I can’t fault his reasons.”

Schaffer continued: “Matt is one of the most sincere people I know, and one of the most talented. His departure deeply saddens me, but I hope all fans of Iced Earth will cut him some slack. I wish Matt well, respect him greatly, and I ask everyone else to do the same.”

With a new album in the works, and a world tour pending, Schaffer has already begun the search for a new vocalist.

“I have a few guys in mind,” said Schaffer. “And as you can imagine, it is a very important decision. One thing is for certain: we are not looking for a Matt Barlow ‘clone’ – we are looking for a front man that brings power and character of his own to the table. There’s only one Matt, and that era of the band’s history will always hold a special place in my heart.”

The band’s long-awaited 6-hour, three-concert live DVD Festivals of the Wicked is scheduled for release this spring.

With the Dong Open Air date confirmed, Iced Earth will play a total of six summer festivals, including: Wacken, Graspop, Rock am Härtsfeldsee, Ilosaarirock Festival in Joensuu, Finland on July 16th, and the Sweden Rock Festival on June 10th in Sölvesborg, Sweden.

Announcement of a new vocalist will be made through all social media outlets as soon as a decision is made. 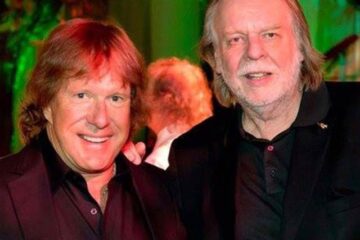