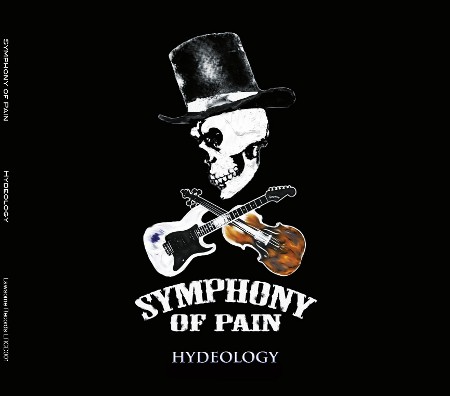 If you look up the meaning of the term “Gothic metal” online, the definition reads that it “…combines the heaviness of doom metal or death-doom with the dark atmospheres of gothic rock juxtaposed with the dynamics of classical instrumentation” and that pretty much sums up the music that is created by Symphony of Pain – a duo who produce dramatic and melodic rock with gothic overtones to create some unique and very enjoyable material.

‘Hydeology’ is their debut album and starts off with ‘Mister Hyde’ which, from the very beginning, you just know that it’s going to be a great track. The keyboard/bass guitar intro gives a really atmospheric start to the track before the lead guitar and drums burst through.

Vocalist Tracie Law has a great vocals range and this only adds to the gothic feel of the tracks as his vocals soar during the chorus. Instead of the ubiquitous guitar solo, the band opt for a violin solo instead which just further enhances the overall Gothic feel of the song.

‘Lonely’ has another wonderfully atmospheric intro with the sound of rainfall starting things off before an acoustic guitar and subtle drum pattern take over. Law’s vocals on this track are matched perfectly with those of the other key member of the band, Pamela Chowhan, and together they produce an exquisite song which is actually one of my favourites on the album.

The slow subtle start gives way to a heavier section towards the end which acts as a counterpoint to what went before. Again, the violin solo midway through is played beautifully and gives a genuinely haunting quality to the song – all in all, though, great stuff. 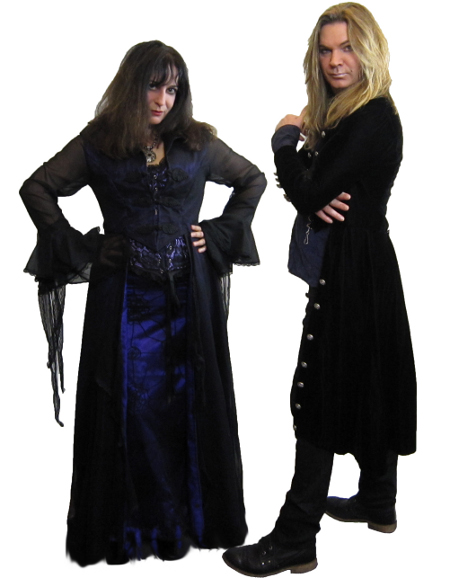 Likewise, ‘Kiss The Bride’ has another sound effects laden intro (this time it sounds like a barren landscape) before the piano intro comes in. Law’s vocals are much more sinister sounding here and as the song unravels, it really does sound like a mini epic comprising, as it does, of several different movements.

Some of the vocals are spoken in only whispered tones whilst others are given a more regular singing performance creating some great moments. The song is seemingly longer than its five minutes as it shifts from piano driven harmonics to a harder guitar driven sound with both Law and Chowman producing truly outstanding instrumental performances. The track does have a rather abrupt ending, however, and you are left wondering if this could be the central piece for a future concept album.

Indeed, the epic ‘Kiss The Bride’ is connected to the very next track – ‘For Now I’m Dead’. The former track tells the story of a wife poisoning her husband and the latter song is about the deceased husband returning to haunt her – maybe not suitable material for younger people certainly, but nonetheless, these two tracks are a great piece of storytelling.

‘For Now I’m Dead’ itself is actually a lot faster paced than ‘Kiss The Bride’ and the track bounces along quite nicely (despite its downbeat lyrical content) and again, Law’s effects laden vocal track is incredibly atmospheric and the memorable chorus just seeps into your consciousness after relatively few listens I have had this CD so much over the past month and a half, and the songs just more interesting every single time you listen to them.

Also worthy of a mention here, is ‘Broken Clown’ which starts off with a really good guitar solo (reminiscent of ‘Suite Sister Mary’ by Queensryche) before Law comes in with his soft vocals. This band are very good at producing, for use of a better phrase, power ballads and this is one of their best.

The bottom line with this album, then, is that if you’re looking for something a bit different to listen to, then this album could be exactly what you’re looking for. There’s something wonderfully unique about the album and Symphony Of Pain should be congratulated for producing a piece of work that shows Gothic rock at its very best.

You can hear the track ‘Am I Dreaming’ here: