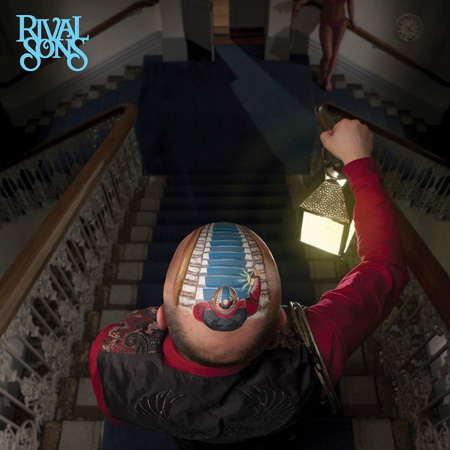 Anyone who knows me will have heard me rave about Rival Sons for a while now. In fact, I had the pleasure of spending Valentine’s Day with them all (live on air, nothing sordid you dirty pervs).

This was just after they made their debut European performance at the Camden Barfly this year and caused quite a stir amongst industry and fans alike.

They have followed this up with the release of their second album ‘Pressure And Time’, which is out now on Earache Records, available from all the usual suspects.

The title track has a groove-fuelled riff throughout, and the chorus makes you instantly want to sing along with front-man Jay Buchanan, and it’s one of those tracks that you’ll keep humming long after you’ve taken the CD off.

‘Face Of Light’ sounds a bit like they’ve put The Rolling Stones and Coldplay in a blender, which might not sound too appealing, but it really does work with how these LA boys pull it off.

‘Only One’ is a beautifully soulful tune and sounds like something Thunder would have been proud to release, back in their day.

If you’re a fan of classic Zeppelin inspired bluesy rock and roll, then this album is definitely one to add to your collection. Only down side is that I really think I’d prefer to listen to this on vinyl.

If you’re heading to Sonisphere, High Voltage or Judas Priest, you’ll be able to check these guys out, and find out why I think they’re one of the best live bands on the circuit at the moment.