I’ve been in the music industry a while now doing different things and young bands sometimes ask me for advice. My answers aren’t often helpful, but they don’t know that so they still ask.

Sometimes young musicians ask about about managers and producers. It’s always the same three questions. What do they do? Do we need them? And who would win in a hypothetical fight between the two?

The answer to the second question yes, you need both because you want to be successful. You’ll have to start a band by managing yourselves through some local gigs and producing yourselves on your first bedroom demo, but for big time success you’ll need to bring in the professionals on one or both sides. I can’t think of a single band that has had major success by both managing and producing themselves. I may be wrong here, but I can’t think of one.

A good manager can spread the word through the music industry about your impending success, he (or she) can sort out deals for you (recording, publishing, merchandising, agency, advertising and on and on). They can be your guide and mentor through the tricky times and for this they’ll usually ask a meagre 20%. Bargain!

A good producer will take care of your recordings and make them sound great. But more than that he (or she) will bring them in on time and on budget, he’ll play to the band’s strengths and iron out the weaknesses with subtle hints such as: “let’s put a brand new chorus in there, shall we?”, “Let’s try not to drink too much before recording the solos, shall we?” and “today, let’s fire the drummer!”

For this, producers usually charge an up front fee and a small percentage of the record. They’re a bargain too.

True, you can record your demos at home and mix them yourself, but without someone being paid to tell you which bits are shit you’ll never know until it’s too late. That’s usually when you sell no copies.

Oh and please note, I did say “good manager” and “good producer”. That’s not necessarily the first person who happens to like your band, though it might well be. Ideally, like the band, the manager and producer should be good at their jobs. That doesn’t mean they have to love the music, that’s the fans’ job later, but they do have to be able to make other people love the music.

Now we know what managers and producers do, let’s look at who would win in a fight between the two. Luckily I got to see one in action once and I can tell you it was a pretty clear mauling. This is how it happened.

I was in a studio with a producer recording some bass for a band. I won’t tell you which producer or what band to try to save some dignity for all the parties involved.

The band’s manager was coming to the studio one day to see how the new recordings were getting along. One of the band piped up the opinion that the manager really knew what was going on with our music, he really “got us”.

In return, the producer commented wisely that it was not important that a manager understand the music as long as he understood the business. He was right. But it’s also true that a manager must make the band believe that he likes them. They must think he really “gets them”. Bands are odd like that, even the big ones.

To illustrate how little the manager really understood about sound, music and “getting them” the producer set up a little game. During the game, he told us whatever happened he would not alter the sound of what we heard at all.

The manager arrived and it was smiles and handshakes all round. He was keen to hear the new recordings, he said.

“Well, it’s not really mixed yet” said the producer “but I’ll let you hear a bit”.

We all went into the control room and the producer blasted a track that we’d finished out of the speakers at crazy volume. At the end of the song the manager gushed, about how cool it sounded. He definitely really “got it”.

The producer was pleased the manager liked it (his job was safe then). Modestly he said: “but of course it’s not finished, I still need to do some work on that snare sound for a start”.

“Yeah” the manager agreed “it does sound a bit… y’know…”

“Yeah”, the producer nodded and leapt up to fiddle with a big graphic equalizer that wasn’t connected to the snare sound. Then he moved some unconnected faders around.

“How’s this?” he said and put the finished track on again.

The manager nodded, “Yes, that’s what I was thinking”. The producer had won the match to such an extent that the manager didn’t even realise it had begun.

“Good idea” said the producer, he was visibly happy. The manger was happy too, the rest of us were dumfounded. He didn’t have a clue really, did he?

But the producer was right: he didn’t need a clue. 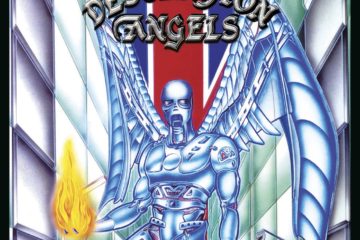