Overkill frontman Bobby ‘Blitz’ Ellsworth was interviewed by Emily Strigl of the Talking Metal podcast recently and told a superb story about when Lemmy asked him to join Motörhead on stage to sing the title song from the album that his band is named after.

Often called “the Motörhead of thrash Metal”, Overkill started out as The Lubricants in 1980, briefly became Virgin Killers and before permanently becoming Overkill, would play half of Motörhead’s ‘Ace Of Spades’ album plus the song ‘Overkill’ in their set.

Bobby Blitz became friendly with Lemmy over the years and told Talking Metal this story:

“We did a triple bill across the US which was Slayer, Motörhead and Overkill and I think the record they were doing was ‘1916’. It was when they had two guitarists, Phil Campbell and Würzel and Lemmy, obviously, and ‘Philthy Animal’ Taylor on the drums.

“A lot of my memories with him are personal, but this one was public: 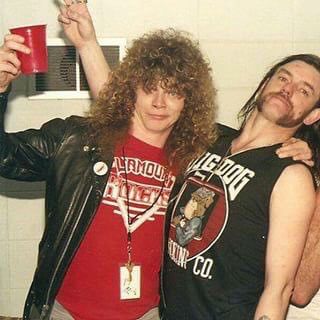 “In 2008, touring with them through Europe. We were in Germany on the last show, and my light guy, Big Eric, says, ‘Lemmy wants to see you for a few minutes.’ He goes to me, ‘I want you to sing ‘Overkill’ with me tonight.’ I go ‘Fuck. This is going to be great.’

“I know the song cold, but I was nervous, now I’m doing it with the guy who wrote the song. I wrote the first word of each verse on my forearm. Once you have the first verse, you’re in.

“Sure enough, he catches me in the middle of the song and yells right into my microphone: ‘Cheat notes!’ in front of 10,000 crazy Motörheadbangers in Berlin. I totally panicked and dived into the audience.

“He’s looking over at me and still to this day, I can see his toothy grin mouthing the words ‘Cheat notes!'” 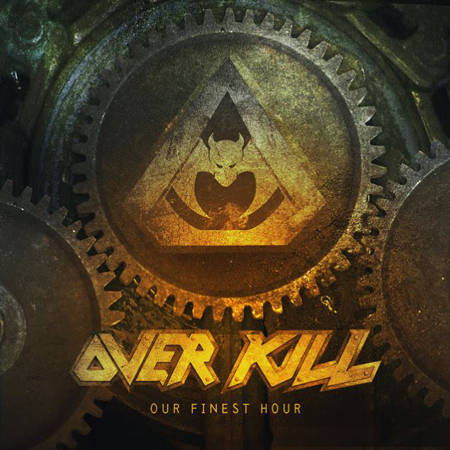 Overkill’s brand-new single called ‘Our Finest Hour’ is out during the first week of their European tour on November 4th with the new album, ‘Grinding Wheel’ scheduled for a February 2017 release.