To say anticipation is high for this show is a slight understatement. Milton Keynes is full of mainly black clad people from all over the country as they descend upon Stadium MK for Rammstein. 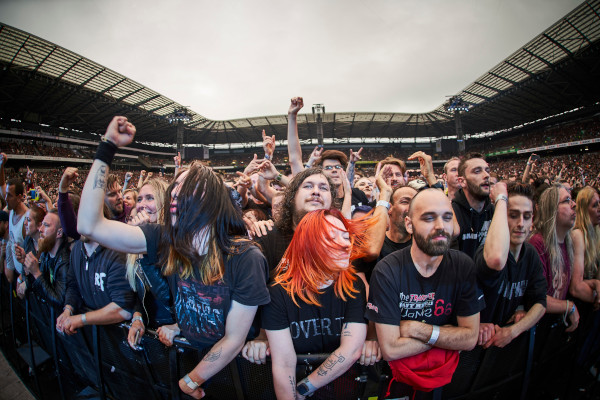 It seems at first to be a rather unusual venue for the only UK show Rammstein will do this year, but that notion is blown away you approach the stadium. Opened in 2007, it still looks new and modern and upon entering the stadium you find the pitch is below ground level. It is also a full wraparound stadium which should do wonders for the sound.

The first thing that strikes you is the stage – think the cover of Rammstein’s 2006 live album, ‘Völkerball’, and you’re pretty much there. A huge tower sits centre stage, the top of it a good twenty feet above the roofline of the stadium. Then there’s the FOUR HUGE circular lights, offset from each other either side of the tower. 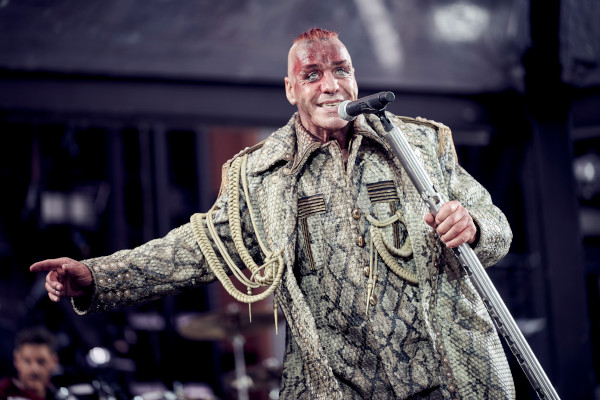 Then there’s the speaker towers – all five of them! We have the usual one each side of the stage BUT Rammstein have decided to put three across the pitch about halfway down. THIS WILL BE LOUD.

The show hasn’t started yet and the energy inside the stadium could power Milton Keynes for the rest of the year. The intro tape choice is just perfect – Handel’s ‘Music For The Royal Fireworks’ and one by one the members of Rammstein appear onstage from a central trapdoor to be greeted by huge roars from the sold out crowd. 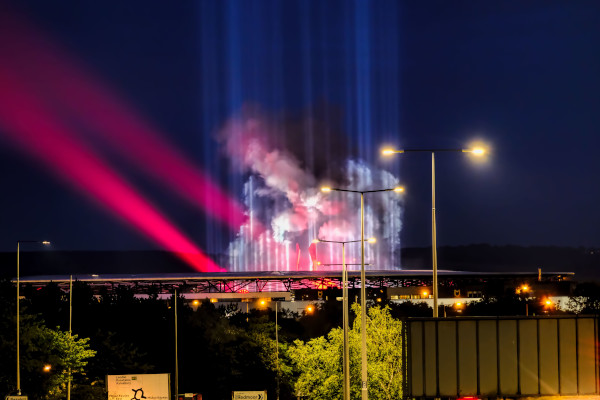 Once the band start playing, vocalist Till Lindemann makes his appearance, resplendent in a rather dashing snakeskin military general type suit. First song, ‘Was Ich Liebe’ from the latest self-titled album is a slow track which just whets the appetite of the rabid crowd as black smoke pours from the stage and PA repeater towers. They lose their shit when they kick into ‘Links 2 3 4’ and the noise and mass singing is goosebump inducing. Two songs in and this is special!

No fewer than eight tracks from the current album make it into the set (nine if you count Richard Z Kruspe’s remix of ‘Deutschland’ which comes complete with a neon stickmen choreographed dance routine from Paul Landers, Oliver Reidel, Christoph Schneider and Flake Lorenz) and they sit very well with fan favourite classics. 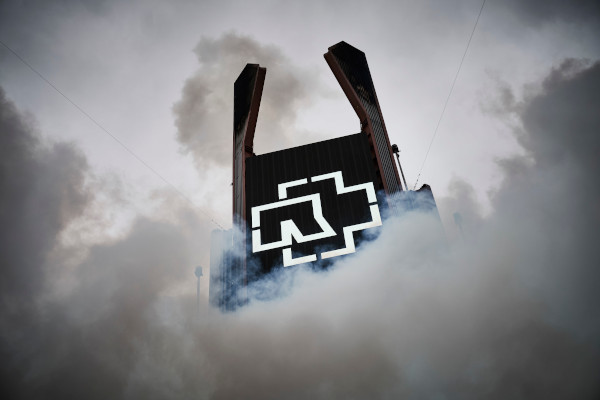 Then there’s the pram! A Mercedes G Wagon sized pram is rolled on stage for ‘Puppe’ and with Lindemann’s cyborg style eye cam, we see the world’s scariest baby being engulfed in flames inside. Then the stage and pitch are showered with black confetti ‘ash’. It’s as bonkers as it is spectacular.

The obligatory Rammstein live set pieces are present, correct and updated for this tour. Unfortunate keyboard player ‘Flake’ Lorenz is flamethrowered in a huge cooking pot by pantomime villain Lindemann during ‘Mein Teil’, only this time a flameproof hood is put on him when he gets out the pot and Lindemann gleefully shoots a thirty foot bolt of flame directly at him from a huge howitzer. Flame grilled bratwurst anyone? 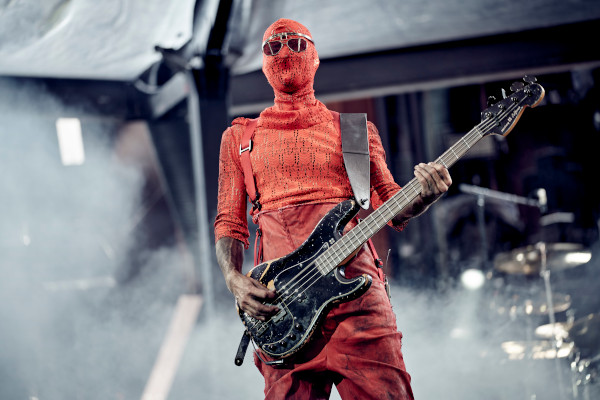 ‘Du Hast’ brings the obligatory chorus singalong and Till’s crossbow that shoot rockets above the heads of the crowd to the repeater towers, then back to the stage and exploding in a huge waterfall of sparks. The first of the ‘proper’ flame bursts happens during Sonne and the heat from them is ridiculous as clouds of black smoke disappear into the Milton Keynes sky.

The first encore finds the band decamped onto the small stage two thirds of the way down the pitch and we are treated to a rather beautiful piano version of ‘Engel’, the lyrics of which appear on the screen on the main stage’s central tower. To return to the main stage, the band (sans Lindemann) decide to ‘row’ over the crowd in three dinghies as Herr Lindemann holds a big “Wilkommen” sign for his bandmates. 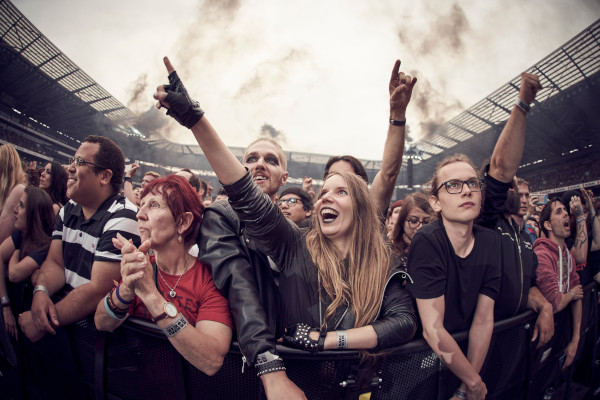 Back on the main stage, it’s foot to the floor right up until the end of the show. ‘Pussy’ has Lindemann riding a giant chrome cock along the front of the stage and ‘ejaculating’ foam over the first twenty odd rows and a truly epic version of ‘Rammstein’ sees the flames turned up even higher with Lindemann wearing an arsonist’s backpack that shoots nine flame jets from it along with the whole stadium being lit up with flames.

The two hour plus show seems like it’s flown by and a sweaty, foam and confetti covered crowd troop out into the warm Milton Keynes night with massive grins and looks of sheer amazement on their faces at what they had just witnessed. 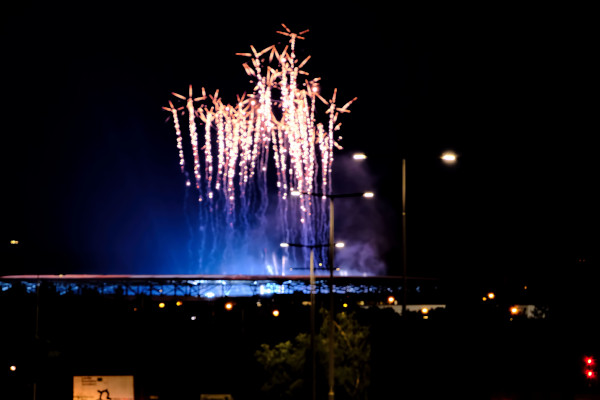 I can’t stress this point strongly enough – what Rammstein have done with this, their first European stadium tour, is a complete game changer as far as stadium shows are concerned. The 3 M’s of massive shows – Metallica, Muse and Maiden – will have to rethink how they are going to move forward in the live setting after this.

There is no doubting the fact that the aforementioned three M’s put on AMAZING shows but the Rammstein live experience is just that – an experience. It’s a fully immersive performance that doesn’t rely on a huge screen to beam the show to the back of the stadium. There’s no need for that at all. Cynics will sneer that it’s all style over substance, but when you have a catalogue of material as strong as Rammstein have and you marry that to a ridiculously over the top production like we saw tonight, the results are truly EPIC. 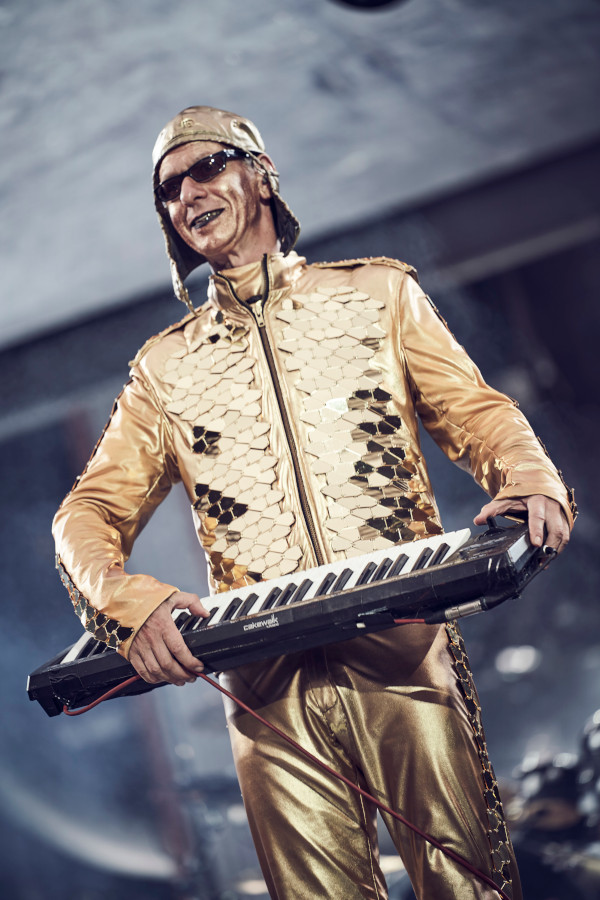 Rammstein are playing two shows in the UK in 2020 on the second leg of this tour – Belfast Boucher Road Playing Field on June 17th and Coventry Ricoh Arena on June 20th. Do whatever you can to get tickets for these shows (this link).

I’ve been to A LOT of gigs and I have NEVER witnessed a show like this! 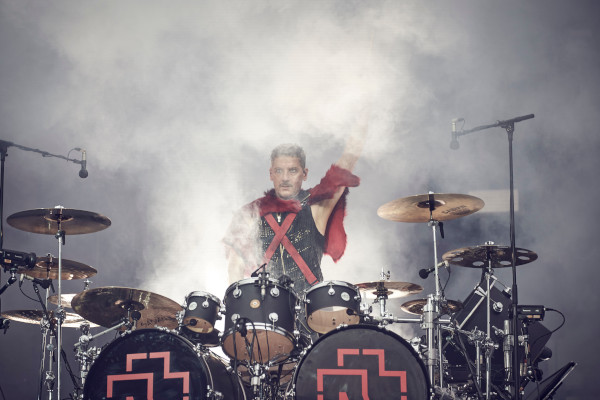 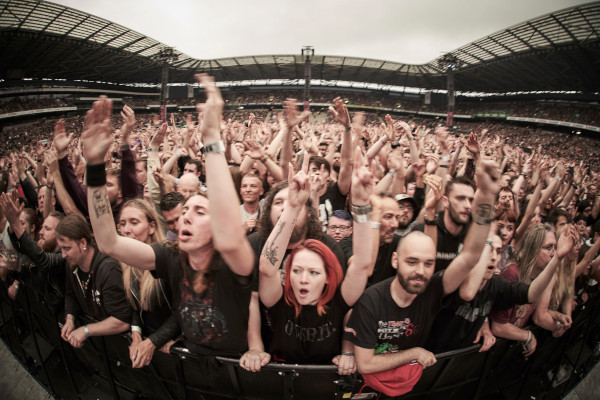 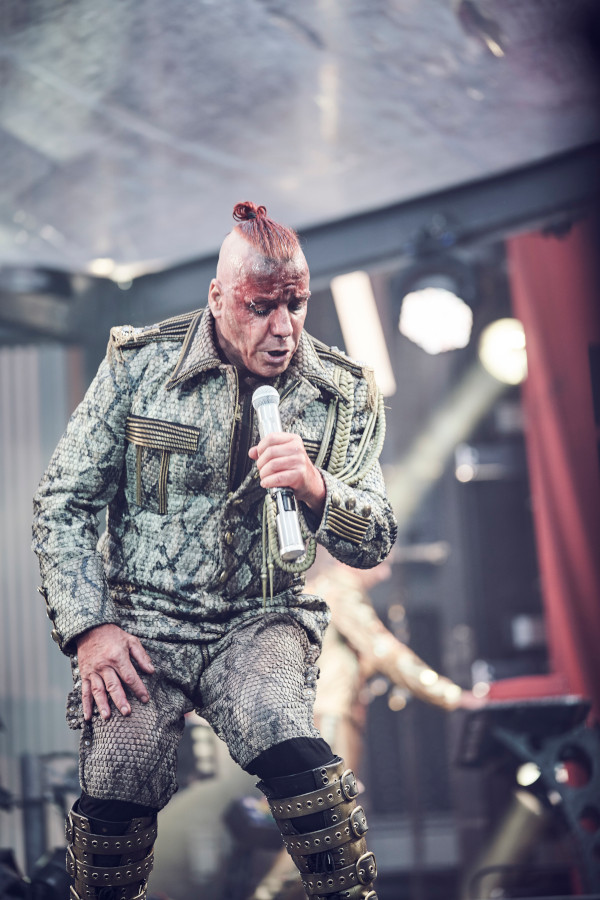 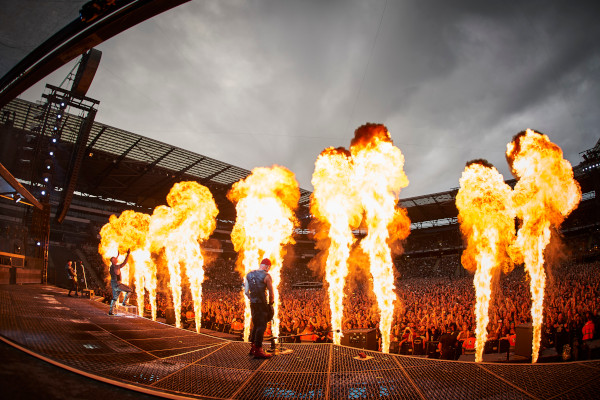 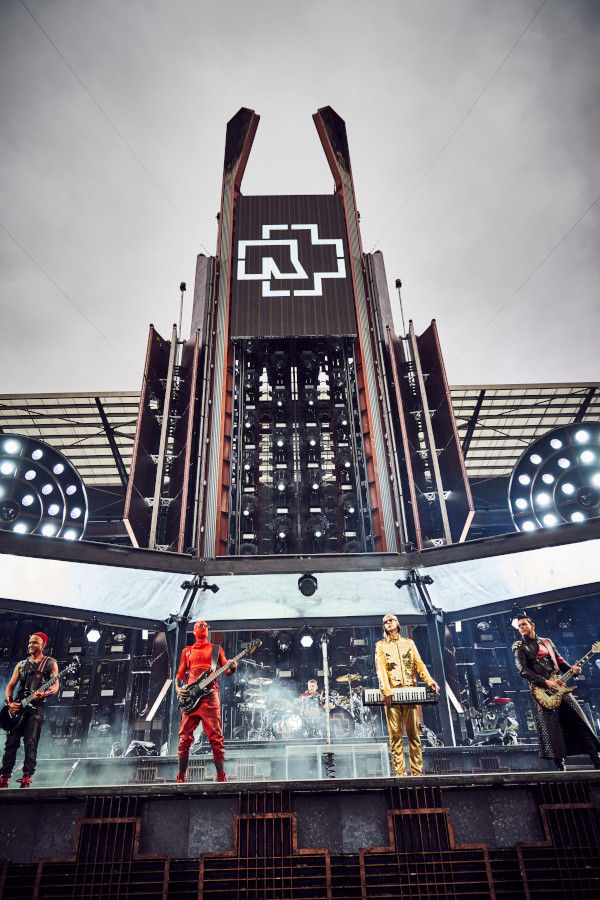 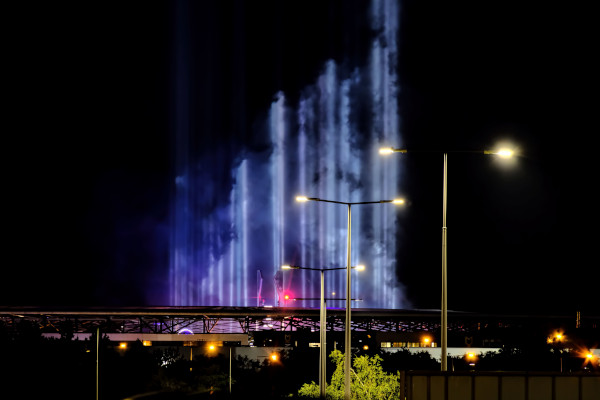 SABATON ARE THE KINGS OF METAL AT HELLFEST