Matt Pearce and The Mutiny have released a two song video, in honour of the “Green and Purple” gods Peter Green and Prince.

The video shows the band rocking through Prince’s 1987 ‘Strange Relationship’, in a purple tone, before segueing into colour and Peter Green’s 1969 Fleetwood Mac song ‘Oh Well’.

Matt told MetalTalk: “So there we were, finishing off this ‘live in the studio’ video of the two covers we’ve been ending the Mutiny live show with since show number one, played every night to pay homage to two of my biggest musical gurus: Peter Green and Prince, when with very spooky timing I got the sad news that we’d now lost Peter too.

“This troubled genius, reluctant rock star, musical innovator, inspiration to The Beatles, Jimmy Page, Aerosmith and many others would play on no more. So this musical medley is now a salute and a tribute to their musical transcendence, these songs and others will long outlive the too short but brightly burning lives of these two great musicians.

“All we can do is play from the heart and hope to capture a little glimmer of their brilliance. RIP The Green God & The Purple One.”

Both tracks feature on Matt Pearce & The Mutiny’s EP ‘An Ongoing Thing’, which is out now. 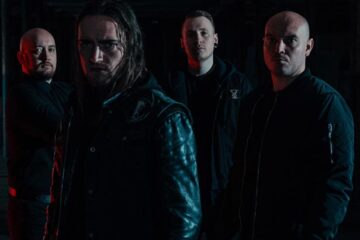