Cats In Space Stand Alone In Their Field With ‘Scarecrow’ 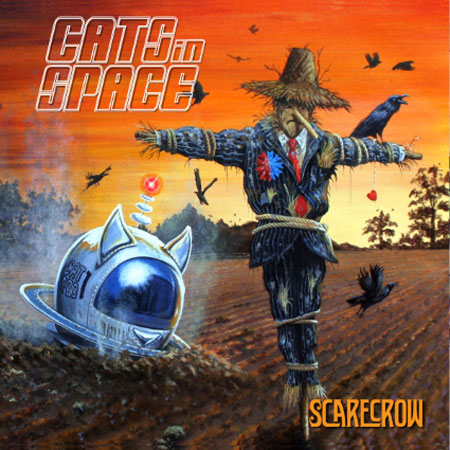 It’s been quite an eventful couple of years for Cats In Space since they exited their spaceship to save Planet Earth from music mediocrity.

Critics and fans alike lapped up their debut album, ‘Too Many Gods’ and the six-piece subsequently earned themselves a theatre and arena tour with Thunder and this summer they performed at London’s Hyde Park as part of the Phil Collins’ British Summertime Concert, as well as playing to 20,000 at the Cropedy Festival.

The list of achievements will keep on growing with the release of their second album, ‘Scarecrow’.

Not as immediate as the debut, ‘Scarecrow’ has a lot more depth and room for exploration, in an album that engraves itself inside your inquisitive mind. 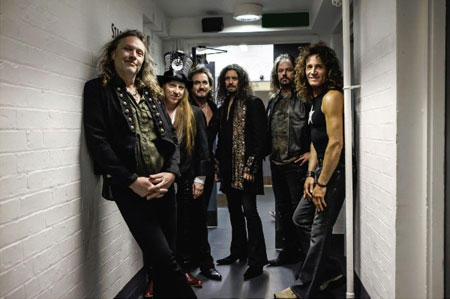 The creamy sounds of the 70s are still highly evident with soaring harmonies reminiscent of Styx, the craftsmanship of New England with guitar solos inspired by Queen’s Brian May all wrapped up in good ole fashioned British quirkiness.

‘The Mad Hatter’s Tea Party’ looks at the dark side of Facebook, whilst ‘Clown In Your Nightmare’ sounds like it’s come from the writing partnership of Difford/Tilbrook from Squeeze mixed with Daryl Hall and John Oates as it builds into a funky workout.

Paul Manzi pours his emotions into the ballad ‘Scars’ and ‘September Rain’ is from the songbook of Bob Seger, delivered with a silver bullet.

‘Two Fifty Nine’ is a cheeky little dig at radio DJ’s who like their tracks to be under the three minute mark in order to gain airplay and the album ends with the epic title track that runs past the seven minute mark, but all the songs here are epic in their own little way.

I can safely say that Cats In Space will yet again top my album of the year list with ‘Scarecrow’ as they have proved yet again that rock music dosen’t have to be filled with political rage or be fast and furious. It can be light and creamy but more essentially full of strong songs complete with melody and memorable tunes.

The Cats are not here to preach, but to take you on a journey into astral bliss. Out of this world.