As festival season is is just about to kick off, many bands are scrambling to fit in a few choice shows before the madness really sets in and in practice this means that rock and Metal fans are spoiled for choice almost every night in June. Tonight the Metalheads gathered at The o2 Academy Islington are in for a treat.

While some bands of a certain vintage are seen as ‘old school’, there are some that are simply viewed as the originals, the bands who laid the foundations of Heavy Metal and Diamond Head are just such a band. Tonight ageless guitarist Brian Tatler leads his band through a killer opening set that encompasses the old and new. 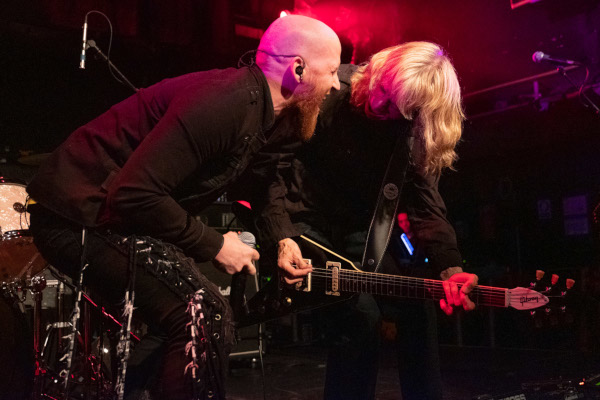 After over 40 years on the road Diamond Head are still a creatively active group who refuse to rest on past glories. The songs premiered from their new album, ‘The Coffin Train’ – ‘The Messenger’ ‘Belly Of The Beast’ and ‘Death By Design’ – sit superbly well alongside fan favourites like ‘It’s Electric’, ‘Borrowed Time’ and ‘Bones’ from Diamond Head’s self-titled seventh studio album which won MetalTalk’s Album Of The Year 2016.

Vocalist Rasmus Bom Andersen, as he always does, utterly nails NWOBHM classic ‘Am I Evil’ and the band exit to very serious crowd approval. 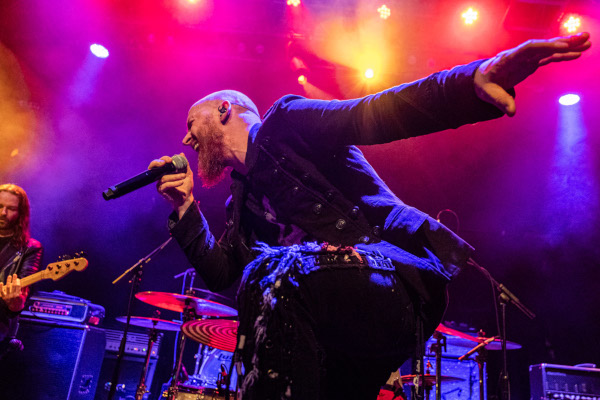 Last In Line make their very welcome return to London tonight and frankly they need no introduction.

Opening with original number ‘Landslide’, from new album ‘II’, the band move into Dio’s anthemic ‘Stand Up And Shout’ which sends every fist in the crowd punching the air. 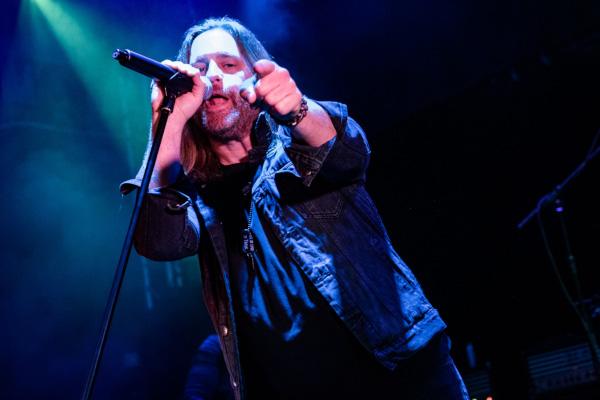 Last In Line defty weave originals from their two albums with beloved Dio classics, one highlight of many tonight being a truly show stopping ‘Egypt (The Chains Are On)’, with Vivian Campbell taking an extended solo which leaves jaws on the floor. 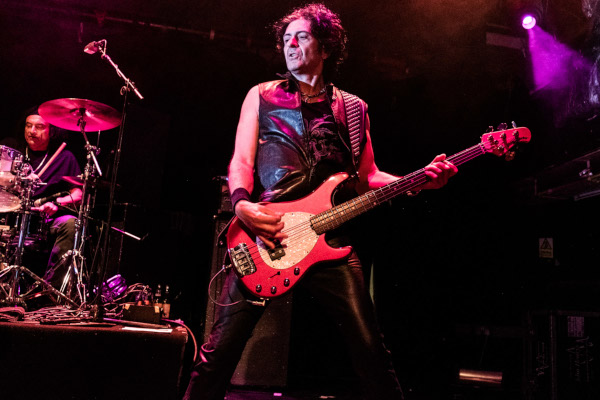 “Every night we dedicate a song to Mr Jimmy Bain to keep his memory alive,” says bassist Phil Soussan, introducing their own song ‘Starmaker’ and with Bain’s own daughter in the audience tonight, it’s a touching tribute.

As the crowd count them in, Last In Line kick into a truly flawless ‘Rainbow In The Dark’ and as the roars of approval keep ringing the band briefly leave the stage before returning for an encore that feels like a victory lap. 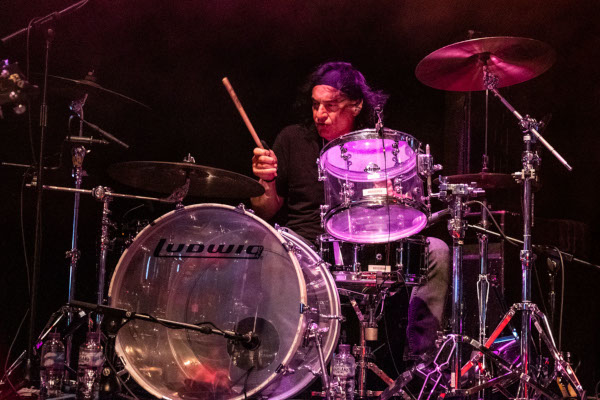 As the lights dim and they begin the gentle intro to #Don’t Talk To Strangers’, a palpable chill runs down my spine. The music, spirit and legacy of the late great Ronnie James Dio and Jimmy Bain is truly alive and well with Last In Line.

“We’re trying to take this big legacy of music into the future,” says frontman Andrew and after playing their very first single, ‘The Devil In Me’, the band end the night with a triumphant ‘We Rock’. 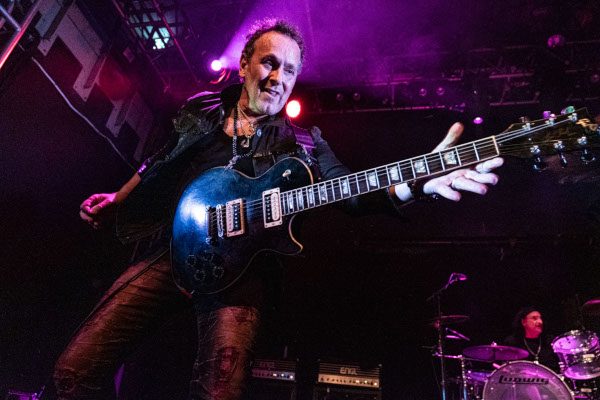 Tonight Last In Line have proved that the finest tribute to the legacy of legendary musicians no longer with us is to keep their music alive and vital on the road, where it was always meant to be enjoyed. 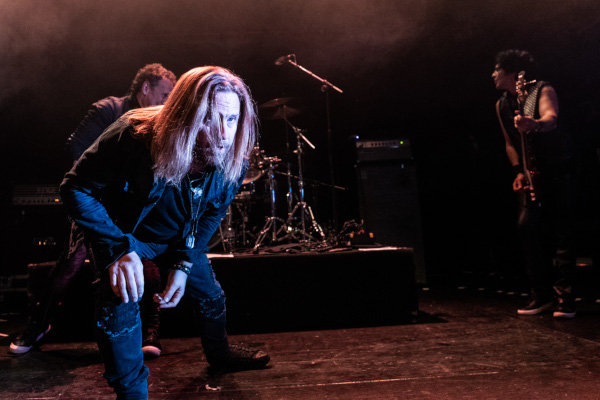 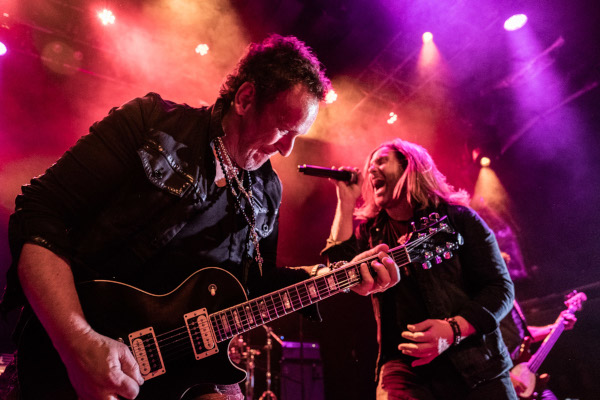 Last In Line setlist:
Landslide
Stand Up And Shout
Straight Through The Heart
Year Of The Gun
Holy Diver
Give Up The Ghost
The Last In Line
Martyr
Black Out The Sun
Starmaker
Evil Eyes
Egypt (The Chains Are On)
Rainbow In The Dark
Don’t Talk To Strangers
Devil In Me
We Rock 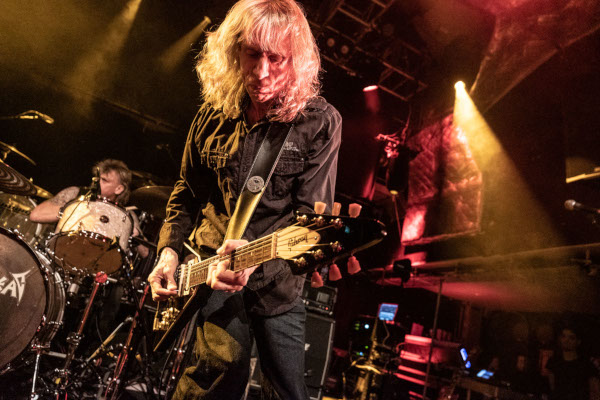 Borrowed Time
Bones
Death By Design
In The Heat Of The Night
It’s Electric
Belly Of The Beast
The Messenger
Am I Evil?