Voodoo Six Take Aim In Glasgow With An Electric Performance 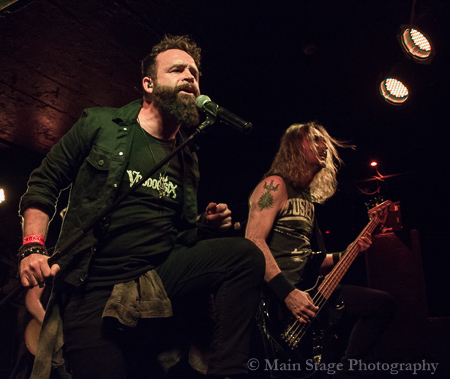 Voodoo Six have gathered a loyal following since forming in 2003, and with the recent release of their latest album, ‘Make Way For The King’ (reviewed by MetalTalk here) the hard rocking londoners have proven that they’re still in with a chance of seizing the mantle of being the next rock band to come out of the UK who make it really big.

A twelve date tour to promote the album saw the Voodoo Six bandwagon parked outside Glasgow’s famous Cathouse nightclub, with Leicester based trio Skam joining them for company. As Skam took to the stage there was a small but dedicated audience, probably due to the fact that it was a Glasgow holiday weekend and there’d been an Old Firm football match earlier in the day and the local rock pub was celebrating it’s 30th birthday. 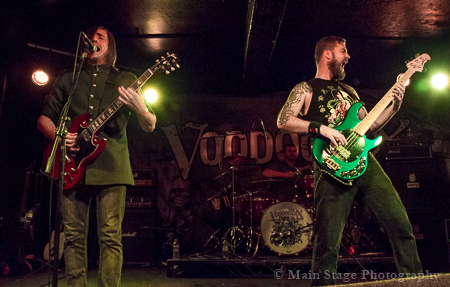 I’ve seen the band live a number of times and they haven’t disappointed me yet and, I’m pleased to say, that this is still very much the case.

From the get-go this was never going to be a laid back set and the opening number, ‘Between The Eyes’ provided the template of what followed, with the powerhouse drums of Neal and bass guitarist Matt laying a solid foundation on top of which the guitar and vocals of Steve Hill were laid. The track is taken from the bands new album, ‘The Amazing Memoirs Of Geoffrey Goddard’, which is due for release in November, as was the follow up number, ‘Fading Before The Sun’, both of which show how strong their new material is. 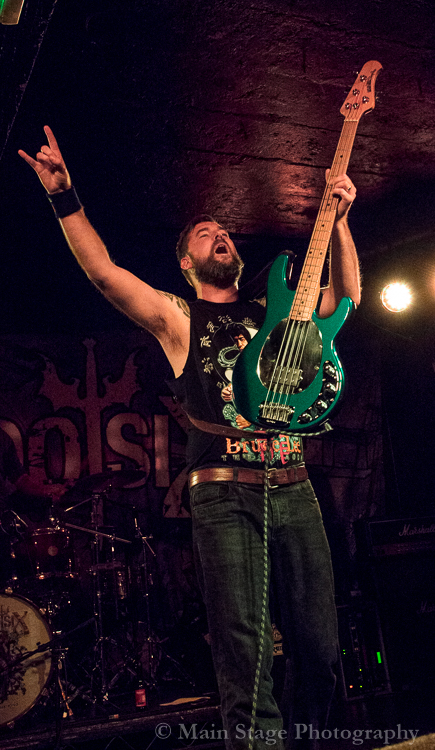 This left the rest of the set to dip into the hard rocking trio’s burgeoning back catalogue and first up was ‘The Wire, from their 2014 ‘Peacemaker’ release. A “slow burner”, as frontman Steve correctly described it, but that’s not to say it’s not powerful with the long guitar chords and thundering drums and before the showstopper guitar solo from Steve. From the same album came ‘Let’s Get Rocked’ – no, not a cover of the Def Leppard track but an astonishingly good original number which had the first headbangers of the night out in force while Steve took the opportunity to take an impromptu wander through the audience during the solo section.

‘Holy City’ presented Neal with a showcase moment as he powered his way through the song, with every drum and cymbal utilised in his frenetic but pinpoint accurate display. The trio closed off with ‘Massacre’ from 2011s ‘It’s Come To This’, which had the audience singing along to the chorus before it broke into a meticulous version of Black Sabbath’s ‘War Pigs’ half way through before segueing back into ‘Massacre’ with consummate ease. 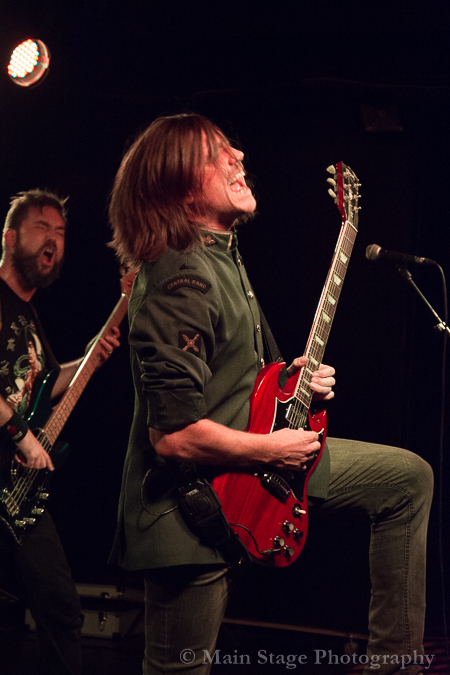 This may not have been a sell out audience for them but Skam certainly made some new fans here, and for a band as talented as this trio are, it’s all positive.

Skam setlist:
Between The Eyes
Fading Before The Sun
The Wire
Let’s Get Rocked
No Lies
Holy City
Massacre 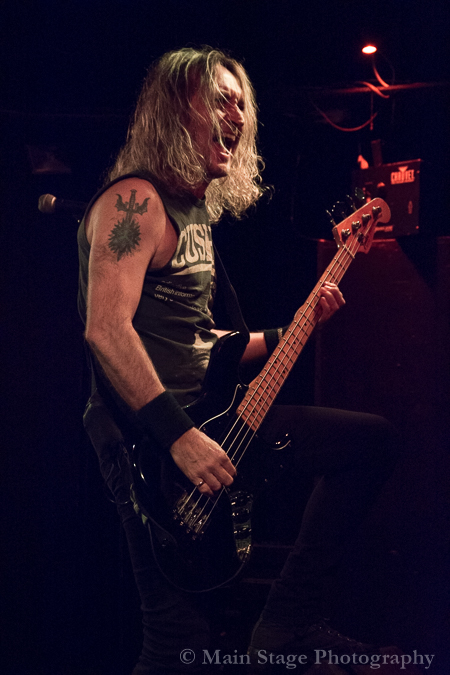 At 8:40pm on the dot, the lights went down and Voodoo Six took to the stage to huge applause from the audience that had built in numbers since Skam’s set ended. With no messing about, they cracked on with their set which was mostly taken from their new album, ‘Make Way For The King’.

“Saturday night in Glasgow!” exclaimed front man Nik Taylor-Stoakes before adding “Who’s drinking?” with a wry smile on his face, probably realising that it was possibly the silliest question to ask in Glasgow on a Saturday night. 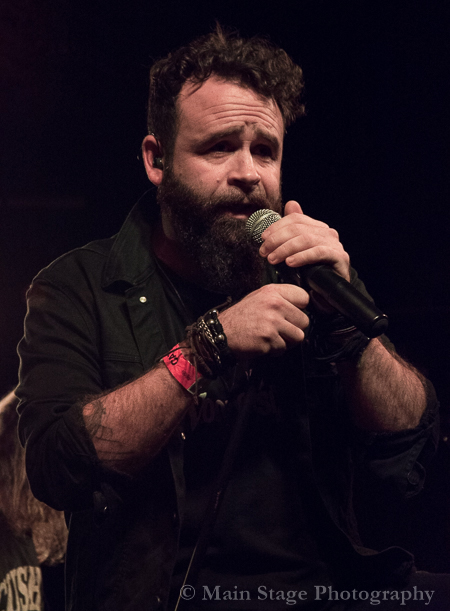 First up was ‘Falling Apart’, a solid mid-tempo number which had Taylor-Stoakes’ vocals lower than expected at times, but the soundman seemed to find his feet as the song came to a close. ‘Walk A Mile’ had bass player Tony Newton in full fury as he got up close and personal with the front row of the audience whilst the solid beat was made to look effortless by drummer Jon Lodge, who was deputising for Joe Lazarus.

These might have been new songs but the audience needed little in the way of motivation to throw their fists in the air, especially on the latter track, before a mesmerising solo from Matt Pearce sealed the deal. 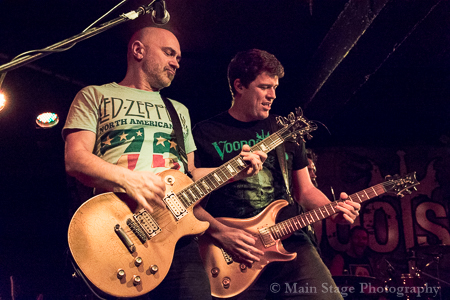 The quintet are so confident of the title track itself that it was kept until much later in the set, and I have a feeling this song will remain a live staple for some time to come. It energised the audience and you can’t help but sing-along to the catchy chorus.

Another new track held over until near the end of the evening was ‘Amen’ which was written in the aftermath of The Bataclan shooting in Paris back in 2015. Written, as Nik explained, about “not being afraid, and it’s something that may well happen again but it won’t stop us going to rock’n’roll shows!” – an incredibly powerful statement from the band. You can hear the passion in Nik’s voice and it’s etched all over his face too as he gave one of his best performances of the night, whilst the heavy drums add extra gravitas to the track. 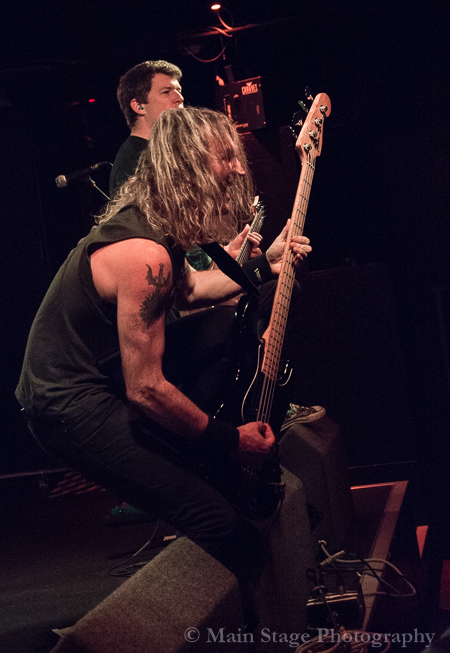 Of the older tracks in the set, ‘Take The Blame’ from 2010s ‘Fluke’ album slowed the pace down, giving the band and audience a breather while ‘Something For You’ from the same album was welcomed by the audience like an old friend, especially from one particular chap in the front row who went from fist pumping to capturing quick pictures on his mobile phone through to furious bouts of headbanging and back again! Likewise, ‘Take Aim’ is another slower paced number which had Matt sharing guitar solo duties with Chris Gill, who was deputising for Craig Price, and had been happy to stand in the background for most of the show. Both guitarists are excellent musicians and both of them deserve all the credit bestowed upon them.

As it came to encore time, there was no running off stage, waiting for the audience to demand more songs, as Nik puts it, “It wastes everyone’s time!” and instead, the band press straight on with ‘Electric’, another gem from the new album, before wrapping the evening up with an old favourite, ‘Your Way’, taken from their 2013 album ‘Songs To Invade Countries To’, bringing to an end another truly astonishing set. 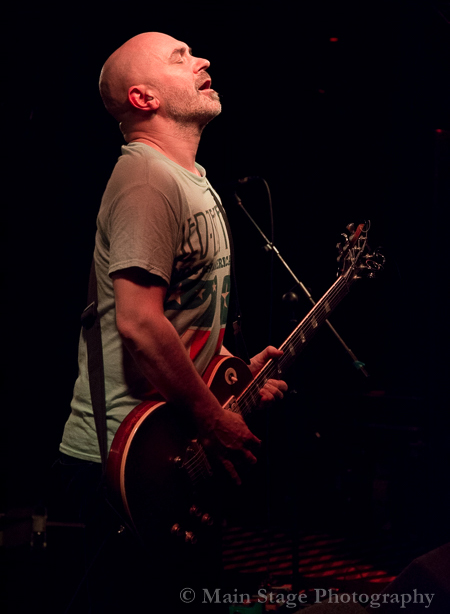 Put simply, Voodoo Six’s set had five guys giving their all and absolutely loving every second of it – as did the audience judging by the noise as they finally left the stage. Bands like Skam and Voodoo Six are very much the future of British rock and Metal, so if you were at this show then you witnessed two top notch acts putting on great performances. If you weren’t here then you missed an incredible show from two bands who need and deserve your support.

Voodoo Six Setlist:
Falling Knives
Falling Apart
Take The Blame
Walk A Mile
Lead Me On
Something For You
Sink Or Swim
Take Aim
Make Way For The King
Amen

Voodoo Six Take Aim In Glasgow With An Electric Performance 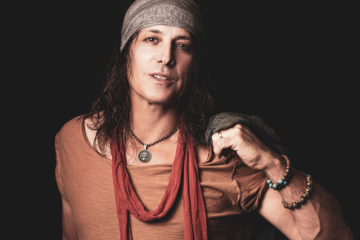