The remnants of Hurricane Ida released its wrath upon Connecticut the same day as the Bridgeport Dropkick Murphy and Rancid Boston to Berkeley II show. But, after a day of torrential downpours and being unsure whether the show would go on or not, the bands took to the stage at Bridgeport’s Hartford Healthcare Amphitheater for a memorable evening.

When I arrived at the venue, there were fewer people there compared to the usual crowd at this location, the weather playing its part. Soon after the doors opened, it was announced that the show would be starting 30 minutes early. Fans took it in stride – just happy the last show of this leg of the tour would not be cancelled.

At 6:30 PM, L.A. punk rockers The Bronx took the stage. The band was formed in 2002 and have released six albums to date, their latest Bronx VI, hit Number 1 in this weeks UK Official Rock and Metal Chart. Within their nine-song set, they got the crowd slam dancing and moving around, becoming one wild animal.

All I can say is that they absolutely served the purpose of an opening act – hyping up the crowd for the headliner, or co-headliners in this case.

Co-headliner Rancid followed and took control of the crowd with their electric stage presence and attitude.

The ‘Berkeley’ of the Boston to Berkeley II Tour put on quite a show starting with one of their most popular songs, Roots Radical. Founding frontman Tim “Timebomb” Armstrong rocked a long beard alongside his low-hanging, beat-up leftie Gretsch 6-string.

Fans were in for a treat with Rancid’s classic 22 song set, and the band even had Dropkick Murphys’ own Tim Brennan join them on keyboards. It was impossible to stand still through the entirety of their set – the music just took over!

Being one of the bands credited with the revival of punk rock, I had high expectations for Rancid’s live show, and they more than proved themselves.

When it came time for Dropkick Murphys to shine, the rain was coming down hard, but that did not stop the band’s typical high-energy, fun-filled set. The set kicked off with Boys On The Docks, followed by The Walking Dead.

Ken Casey and Al Barr made the most of the night with the stage as their stomping ground. Soon enough, these Celtic punks were ready to Turn Up That Dial with their Middle Finger. Following Johnny, I Hardly Knew Ya, a tune from the band’s 2007 release, was a kickass cover of The Cricket’s I Fought The Law.

As the energy and excitement grew palpable in the venue after the band’s performance of Good As Gold, it was announced that they would only be able to play one more song due to the imminent arrival of a lightning storm.

Fans were given a choice of either Rose Tattoo, or I’m Shipping Up To Boston. When the band was given an overwhelming response for their biggest hit, they asked the crowd to form a circle pit and kicked into I’m Shipping Up to Boston.

Fans began running around partying, enjoying the band’s last song in the rain.

I will admit, I did not know what I was getting myself into going to this show, especially with the uncertainties brought on by Hurricane Ida.

But all three bands, the Bronx, Rancid and Dropkick Murphys, still brought their A-game for this unconventional show on this 6-week tour. The least I can say is that the Boston to Berkeley II stop in Bridgeport, CT was nothing short of memorable.

Boys on the Docks
The Walking Dead
Turn Up That Dial
Middle Finger
Johnny, I Hardly Knew Ya
I Fought the Law (The Crickets cover)
Good as Gold
I’m Shipping Up to Boston 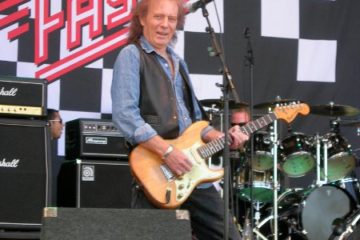