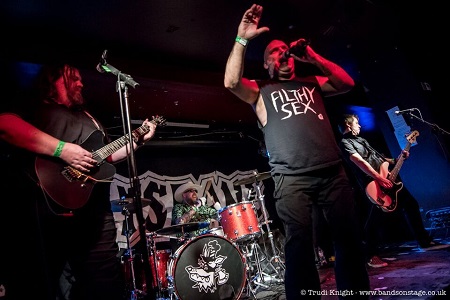 I go way back with this band. Way, way back. In 1988, I went to see Tigertailz at the old Marquee club on Wardour Street. They had a strangely charismatic band opening for them. The band was called Wolfsbane. They didn’t fit into the standard genres of the time.

They were glamorous but not Glam Rock. They were punky but not a Punk band. They had a guitar hero but weren’t Shred Metal and they were super heavy but they weren’t Thrash Metal.

They had songs, instant anthems such as the glorious ‘Paint The Town Red’ and the frantic ‘Manhunt’ but more than that they had everything a cartoon rock band should have.

They had a true guitar hero with some insane chops on stage left, Jase the Ace. They had a lunatic drummer in the Keith Moon mould with the unlikely name of Steve Danger and they had Jeff Hateley, a cute blond bassist that the girls melted over and who also had a neat line in gravity defining scissor kicks.

Then there was their singer, Blaze Bayley. I was genuinely scared of him. He dominated the stage and from there the entire venue. He individually called out members of the audience who weren’t crazy enough. “You, you shithead!”. He called us all “Howling Mad Shitheads”. He demanded our attention; he didn’t beg for it. And he got it. We were too scared to do otherwise.

So, that was Wolfsbane c1988. I saw them a bunch of times after that and my old band Atom Seed did our first UK tour opening for them. They went from strength to strength and never failed to impress.

Then there was the surprise news that the Wolfsbane had split up and Blaze was to be the new singer in Iron Maiden. I went to see the new Maiden at the Newport Centre in Wales in the mid 90s.

It was an odd gig. Blaze no longer called us “Howling Mad Shitheads”. He didn’t abuse or threaten anyone. It looked for all the world as though his wings had been clipped.

So, what are Wolfsbane and Blaze going to be like in the modern age?

In fact, they’re loud, proud and confident. If anything they are better than before, “more powerfully built” as Blaze describes himself when faced with heckling of “You Fat Bastard!”. 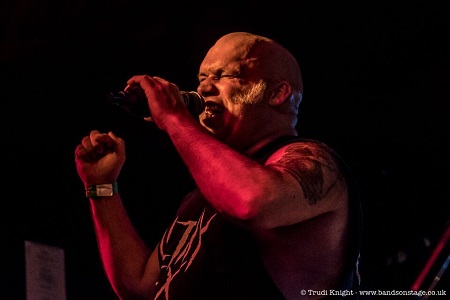 They storm through the classics of their early albums and treat us to new songs from the recent ‘Wolfsbane Rock’ EP. Each song is a winner and performed with more gusto than the one before. The near sold out crowd is heaving.

“Wolfsbane are here to save the world”, Blaze tells us and we believe him. He’s truly back on top form. The ringmaster of the show once again, his voice better than ever as he shows on the sci-fi epic, ‘All Hell’s Breaking Loose At Little Kathy Wilson’s Place’. Surely every self respecting Metal band should have a sci-fi epic? 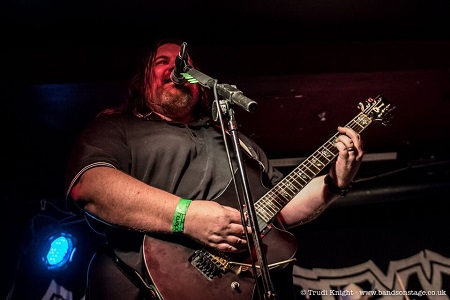 Jase is still the absolute Ace on guitar, conjuring some insane solos such as on ‘Black Lagoon’. Jeff’s still got the scissor kicks and a perma-grin fixed throughout the show. And Steve Danger… oh dear, what’s happened?

Danger has grown more fully into his role as the lunatic drummer, now sporting a loud Hawaiian shirt and sombrero for this evening’s performance. Was he even aware this was a Metal gig?

Steve, you can wear what you like. If you give me the double kick of ‘Manhunt’, you’ve won my heart. Which is of course exactly what he did towards the end of the set. 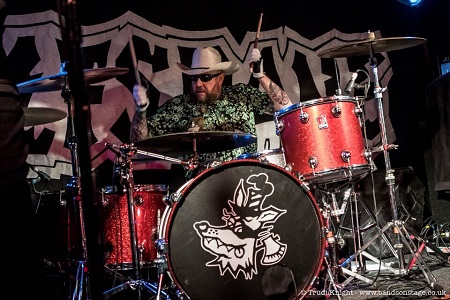 Blaze introduced the song, saying it was a sad but true story of his own life. “I am so attractive”, he confesses, “I have been cursed by my good looks. I have been hunted my whole musical career!”

I’m grinning from ear to ear. So are the band as they thrash through the final encores. I’m trying to write an objective review here but the problem is I like it all. I can’t find a fault. I’m thinking this gig is going to get a fairly high score in the review. Then this happens… 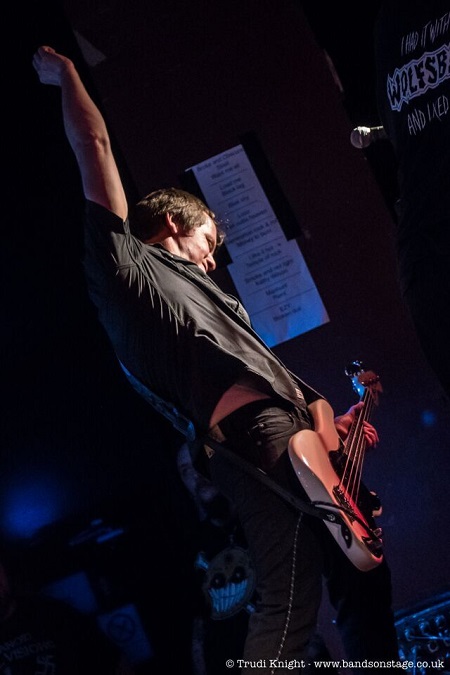 One young lady from the audience is in fact so overcome by Bayley’s good looks that she climbs over the barrier to get at him, baring her beautiful breasts to the crowd once onstage.

Do gigs get better than this? I’m afraid to say, they don’t. 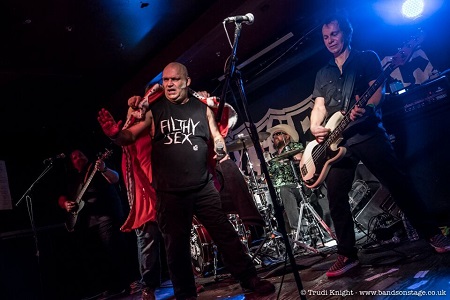 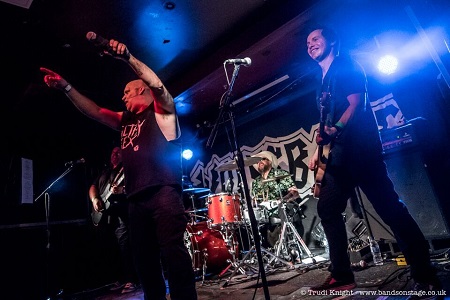 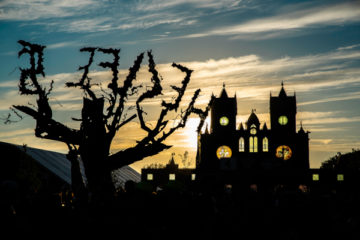