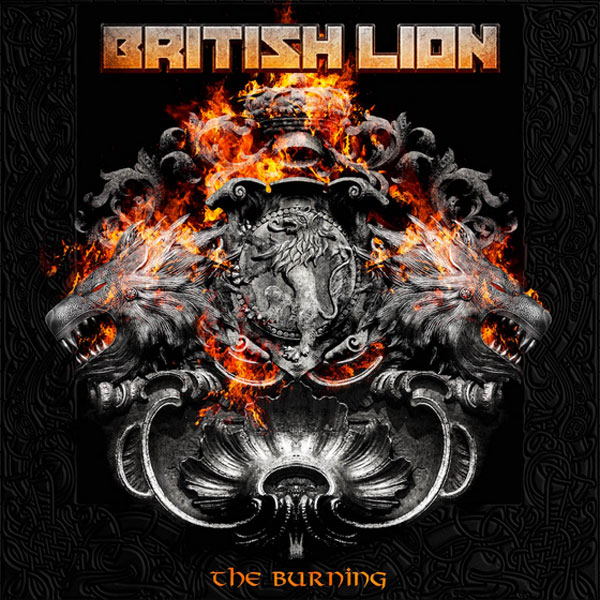 The second album from British Lion, ‘The Burning’, will be released worldwide on January 17th 2020 in Digi-pack CD, double gatefold Vinyl and Digital Download formats.

‘The Burning’ features eleven songs and you can listen to ‘Lightning’ right now ahead of the digital release tomorrow, as well as ‘Spit Fire’ which was released last year.

The album was recorded, engineered and mixed at Barnyard Studios by Tony Newton and produced by Steve Harris. ‘Lightning’ and ‘Spit Fire’ will be available for immediate download from tomorrow (Friday) with all album pre-orders at www.britishlionuk.com.

British Lion vocalist Richard Taylor tells us: “We’ve been working on ‘The Burning’ for the past couple of years and everyone is really pleased with the results. We started playing some of the songs live on recent tours and got a fantastic reaction from our fans so we are really excited to be sharing this album with the world. We’re also looking forward to heading out on the road again and seeing everyone at the shows.” 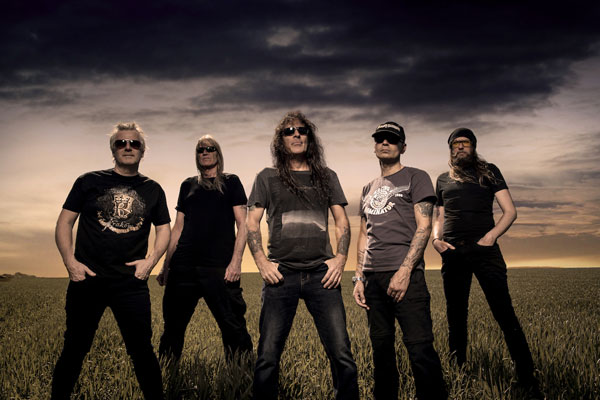 ‘The Burning’ is the follow-up to British Lion’s 2012 eponymous debut album, Steve’s first ever musical venture outside of Iron Maiden since he formed the Metal legends in 1975. The band have since been tirelessly honing their live show performances with club tours every year and festival dates whenever time allows, building and establishing a firm and dedicated fan-base, reaching 24 countries across the globe so far, with plans to visit many more in the future including a short UK club tour in December on the following dates:

Support at all shows will be Voodoo Six And Nine Miles Down and tickets are on sale now right here.

Steve tells us: “I’m in the UK in December and thought it would be great to take British Lion out on the road for a few shows while I’m here. We haven’t played any in England since 2017 and as most people know, I love getting out and playing live whenever I can, so this seemed a good opportunity to fit some dates in. The setlist will be a mixture of songs from the first British Lion album and new songs from our upcoming second album, ‘The Burning’. 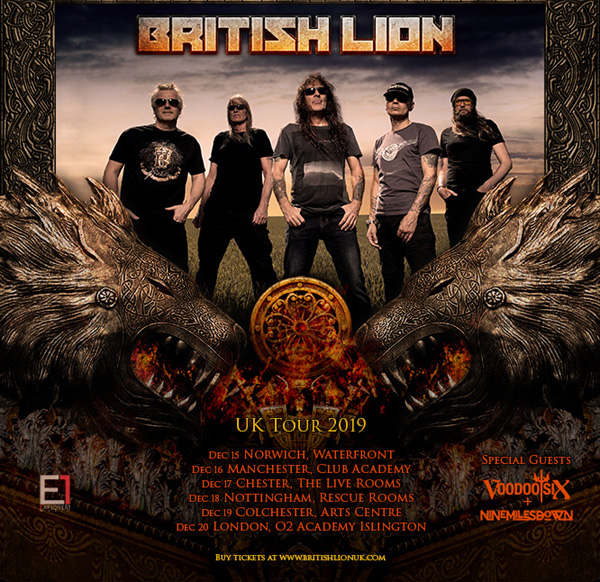 British Lion will also be undertaking their first ever USA tour in 2020 and here’s all the dates:

You should also check out the full performance from Wacken 2017 below, when British Lion were one of the highlights of the whole weekend.