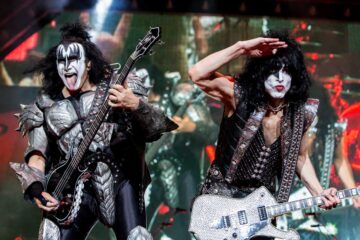 Swiss extreme Metal duo Bölzer – Fabian ‘HzR’ Wyrsch and Okoi ‘KzR’ Jones – return with their second full-length, ‘Lese Majesty’, the follow-up to 2016s ‘Hero’, continuing in their stripped back, unorthodox and progressive style, as always just consisting of very ritualistic styled percussion, ten stringed guitar and vocals with: “More emphasis put on maintaining the organic character of the instrumentation this time around, whilst ensuring everything also sounded as naturally heavy as it would on stage or in the rehearsal space.”

They’ve endured mixed receptions from people over their eleven year careers, including an undeserved negativity from people who have misjudged them because they don’t understand the esoteric aspect to their art and all its associated symbolisms. 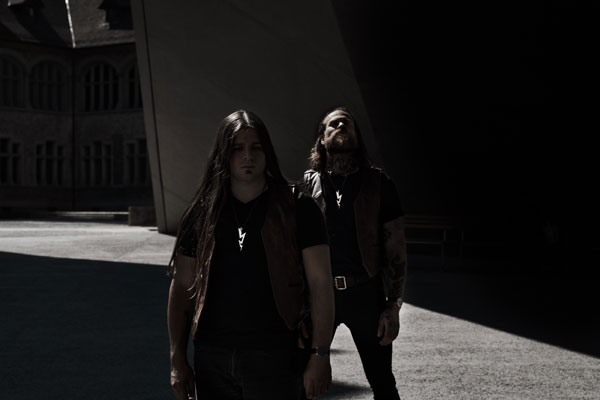 ‘Lese Majesty’ is a very unique, well assembled and delivered release with tracks ranging from the brief two minute ‘Æstivation’ which I absolutely love and which roughly translates best to “Summer hibernation or torpor”, it’s slightly different in approach to the other three, with haunting synths, laboured breathing and powerfully delivered spoken word, not a track to underestimate, to the twelve minute ‘Ave Fluvius! Danu Be Praised!’, a slow builder but once it gets going, like the other two longer tracks, it is dominated by powerfully delivered drum work and commanding vocals, bolstered by the powerful but melodic element provided by the guitar delivery.

The vocal mix; unusual cleans that are hard to define, powerful rasping harsh and spoken elements all delivered with clarity of content to the lyrics which although clearly defined still have an intriguingly esoteric aspect to that content. There also is a theatrical feel to the sound because the force and intent of the delivery, despite the sparseness of the instrumentation it’s hugely powerful, as well as deeply passionate and mentally visual, even if you don’t always know quite what you are seeing in your mind’s eye, to the point of being almost overpowering.

‘Lese Majesty’ had me hooked right from the opener, ‘A Shepherd In Wolven Skin’, the sheer power, density and enormity of the track which is also brutally catchy and engaging. It’s only a twenty nine minute release but requires two or three listens to initially grasp it, as despite the stripped back nature and primeval organic feel, is also deceptively complex and thought provoking, less really is more here!

Tracklisting:
1. A Shepherd In Wolven Skin
2. Æstivation
3. Into The Temple Of Spears
4. Ave Fluvius! Danu Be Praised!

‘Lese Majesty’ is out on the 29th November on Lightning & Sons, Bölzer’s own label, with distribution through AISA Music and is well worth your time if you have an adventurous ear and an open mind. They’ve certainly achieved all they promised to deliver.

FROM THE ABYSS: RAISED BY OWLS RELEASE A CHARITY CHRISTMAS SINGLE, 'THE SANTANIST' 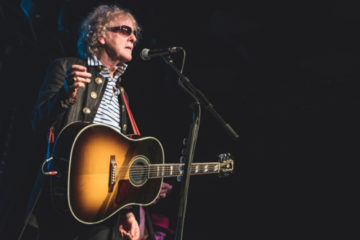