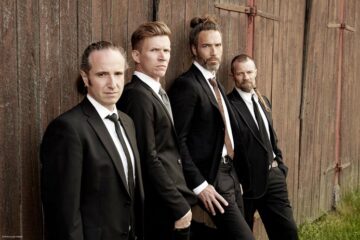 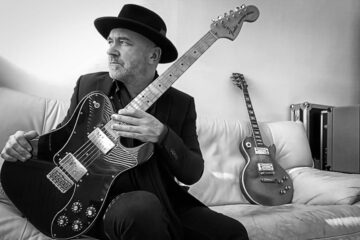 SCREAM SERENITY: ‘Beyond This Land’

Scream Serenity were originally formed by front man Jordan Fennell in 2007. Hailing from Lowestoft in Suffolk, it didn’t take Fennell long to gather other band members to form the band’s initial line up.

‘Beyond This Land’
(Independent)
Out Now
Johnny Main

It was in 2008 when this line up recorded what was to be come their first EP, however, shortly after this the first line up changes of the band occurred when the original drummer opted out. A replacement was soon recruited and the band began to build on the momentum it had already created.

September 2008 saw two more departures from the band and seeing the writing on the wall before it happened, Fennell had the foresight to get in touch with other prospective band members who slotted nicely into the vacant bass and guitar positions, but the band went into hibernation as the lives of the various members went under on regardless.

It wasn’t until 2012 when the band was reactivated from its sleeping state, but all the while, Fennell had been busy writing material which the band could potentially use. The role of guitarist was filled quickly by ex-Enaldo guitarist Ian Messenger and so the pair began to write together whilst Fennell’s brother, Ethan, took over drum duties. A bass player was found via a Facebook advert and the band work began on what would be the bands new EP, ‘From Withered Heart to Withered Bones’ which was eventually completed in May 2014.

During the recording of the EP, Ethan decided to leave to pursue other interests and so they were on the look out for a replacement when they happened upon Jon Lindow. With the right man to fill the vacant place, Scream Serenity once again had a complete line up and wasted no time in getting down to rehearsing and writing brand new material.

‘Beyond This Land’ is the band’s second EP and shows that although there have been numerous line up changes in the bands short life, this hasn’t diminished the band’s musical aspirations, and the four tracks showcased here just makes me want to hear more from the band in the future.

The first track, ‘Legacy’ starts off with a nice lyrical guitar passage as the softly sung vocals from Jordan Fennell come in on what becomes a long build up to the main track. Lindow’s drums are powerful but at the same time measured along with the guitar intro before the track really comes to life as the main guitar riff finally kicks in. The upshot of all this means that you’re pretty much two minutes into the track before it finds its feet, but once it reaches it’s maximum velocity, it’s actually a really solid number.

Fennell’s singing voice is strong and he negotiates the longer notes well, whilst the guitar is always in the background, pushing the song forwards.

This is followed up by ‘Twisted’ which is a fast paced number where the backing vocals from guitarist Ian Messenger give the lyrics a bit of extra oomph. Again, it’s Londow who really plays to his strengths as he utilises as much of the drum kit as he can without over-doing it, and it’s a terrific display of his talent whilst the guitar solo is fast and technical showing that Lindow’s not the only one with a firm grasp on the job at hand.

The pace slows down once again for ‘End Of Us All’ but it’s still a very strong track. The lyrics here are slightly more sparse than some of the other tracks, but this allows the music to take centre stage and for the band to show how good they perform as a unit. From the long guitar intro to the slow fade out at the end, it’s a solid number and a firm favourite of mine from an early listen. Fennell equips himself well once more when it comes to the vocals, holding onto some of the longer notes without wavering whilst Lindow keeps the back bone of the track strong with some help from bass player Paul Hardy.

The EP closes off with the title track, ‘Beyond This Land’ which simply reaffirms what has gone on before – this band write and perform high quality tunes where nothing is left to waste and nothing is included that shouldn’t be. The fast paced title track has a somewhat aggressive vocal from Fennell but it suits the song right down to type. The swapping of vocal lines with Messenger gives the song an urgency as their voices bring different feelings to the lines. It’s easy to see why this track was chosen to be the title track and I sincerely hope they’ll be able to pull of that amazing guitar solo onstage because if they can then this will become a real highlight of their live show. Really, really great stuff. Oh, and big thanks to Sally Newhouse for letting me know about the band in the first place!

SCREAM SERENITY: ‘Beyond This Land’