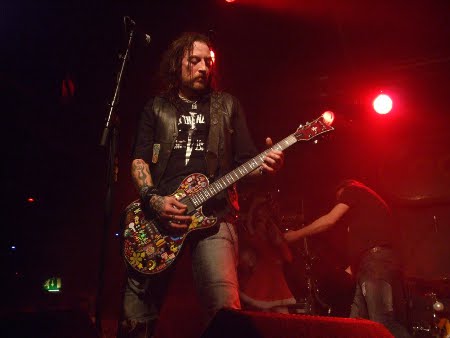 Ex Therapy drummer and founding member Fyfe Ewing has joined Ginger’s band for the Triple Album Project which is now up to 345% of the target.

As Ginger’s tour of Japan comes to an end, his attention is now turned to the small matter of the 30-track triple album that you, the fans, have made possible through your fantastic support in the PledgeMusic campaign.

Starting next week, Ginger will head into the studio to begin recording the first 10 tracks for the album.

For the first TEN track session, Ginger will be joined on bass by ‘Random’ Jon Poole (Cardiacs) and on drums by Fyfe Ewing (ex Therapy?).

Willie Dowling (Honeycrack, Jackdaw4) has also been confirmed as the producer for the first ten tracks.

With such exceptional talent onboard, this session should produce some great results, and be a fine way to start the album off!

We’ll be getting plenty of photos and videos so we can give all you Pledgers some EXCLUSIVE updates as to the progress of the recordings, so stay tuned to hear all about it!

You still have time to pledge your support by visiting the PledgeMusic page at this location, where you can find out all you need to know about the project, and watch Ginger explain in his video.

In other news, there is currently a huge sale going on in The Wildhearts webstore with lots of t-shirts (among other items) just £6! Strictly while stocks last so be quick. Check it out at this location

And Finally Ginger heads out on his annual electric December tour this year. Support comes from Hawk Eyes and Exit International

You can get your Ginger tickets by clicking here.