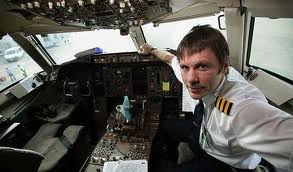 This is MetalTalk.net’s 666th news item and just by pure coincidence, it’s Iron Maiden. Well it had to be really, didn’t it. On Friday 13th as well…

CBC News are reporting that Iceland Express will be running an air service to Winnipeg in June and that Bruce Dickinson will be piloting some flights in Ed Force One.

The discount airline are leasing Maiden’s Boeing 757 and will resume regular service between Winnipeg and Reykjavik, with same-day connections to London and Copenhagen, on June 12th.

The airline began flying to Europe and London from Winnipeg in the spring of 2010 but the route had to be shut down a few weeks later when ash spewing from a volcano on the island nation in the North Atlantic led to several flight cancellations.