Don’t be fooled or misled by the name. Dub Trio is every bit as heavy as your traditionally named Metal band. As drummer Joe Tomino points out, it’s “dub as a concept and less as a genre synonymous to reggae, that is at the core of the music”. 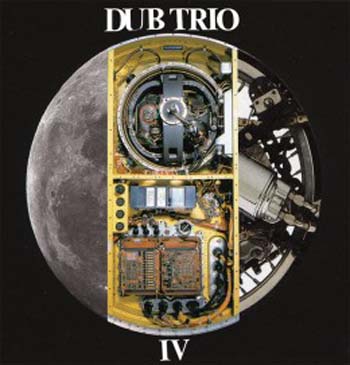 What this instrumental trio from Brooklyn produces musically is among the purest of fusions out there today. The heavy metallic riffs blend so seamlessly with the dub element on ‘IV’ that you might not even realize it right away. This is nothing new for their record label though. ROIR was home to Bad Brains, after all.

As if dub and Metal weren’t enough, Dub Trio toured for two years as the backing band for hasidic reggae artist Matisyahu. They also performed with Mike Patton’s Peeping Tom project and opened for Clutch. It sounds like much of what they learned in those side projects shows up on ‘IV’.

There are a few tracks that could be mistaken for other bands you’re already familiar with, like Isis and Mastodon. ‘Words’ could easily have been on the last Isis album. Try telling one of your more chemically altered friends that it is Isis, then watch them freak out when the dub element hits about halfway through. To make it even better, tell them you don’t hear the echo in the drums and that it must be in their heads. Good times. 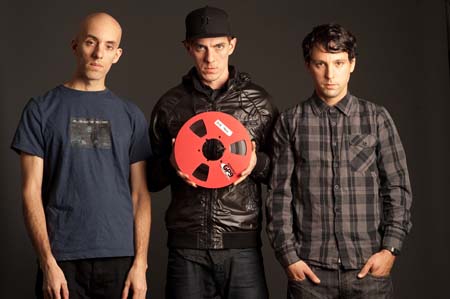 ‘Patient Zero’ has more of a primal Mastodon feel, and if it weren’t for the track that follows it, you might think it was Mastodon for a minute. ‘1:1.618’ shatters that illusion with its prepared piano weirdness. In case you’re unfamiliar with prepared piano, that’s when the insides of a piano are altered by damping strings or placing objects on them to alter the sound. Think of it like an unpredictable old-school synth. This bleeds eerily into the toy piano intro to ‘Thousand Yard Stare’. The out-of-key tinkle erupts into thirty seconds of thrash and then slows to the mid-tempo chug of a metallic waltz, before devolving into a dub feedback ambient soundscape.

Dub is traditionally a musical form that’s created in the studio from existing music, sort of like a reggae remix. But what Dub Trio does is play everything live and add the effects as they go. If you ever get the chance to see them play, you should definitely go…it’s very impressive. Who knows, it might open up a whole new world of music for you.