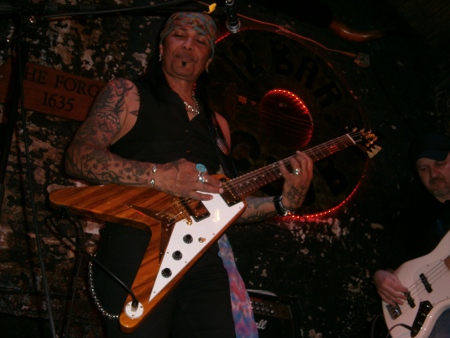 Micki Free was in London to play a rare intimate gig at the 12 Bar Club, a haven for travelling musicians who can go window shopping in Denmark Street area, more affectionately known as Tin Pan Alley. Only two years before Micki Free was opening the Hype Park Calling shows in front of thousands and even getting Bill Wyman from the Rolling Stones to guest with him. Tonight was a much more of an intimate gig in front of fans who found out by word of mouth and fellow industry types from the press and the record label.

It’s been eighteen years since I last saw Micki Free in action and that was just down the road at the Marquee Club in Charing Cross Road back in 1994 with the cult AOR band Crown Of Thorns and unlike myself Micki Free still looks as young as ever and is full of life.

Free is a man of many styles who in the past has put the spunk into funk in Shalamar as well as getting to his roots with some Native American flute music, but tonight was all about the electric blues performing tracks from his new album ‘Tattoo Burn’.

Now when I say that this was a solo gig, I mean this really was a solo gig as the only thing to keep Free company was his beloved Gibson Custom Shop NAMM 1961 Korina Flying V guitar which almost looked as sharp as the man himself. 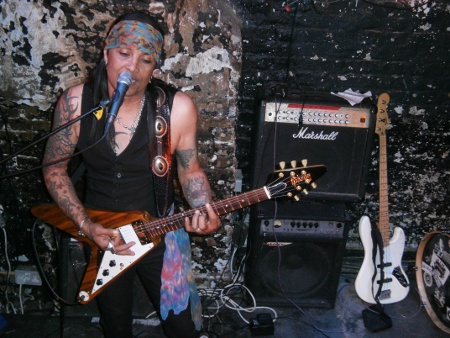 Now you know when a man is full of confidence when he walks on stage in tight trousers and bright red Chelsea Boots. As he warmed his instrument up, freely playing riffs to feel the vibe and interjecting with the crowd saying “Can you feel the love?” Yes, Micki Free likes to make his guitar sing.

It was like Micki Free was performing in his living room and had invited his best buddies along for a cool beer and a listen whilst making eye contact and saying “Hi” to everyone. Those gathered here listened intently as he delighted us with the new material telling a story about each of the songs.

He was joined by a bassist for a few songs, Franz Piombino, whom Free had only just met a couple of days before in a restaurant and he provided a very solid bass to accompany Free.

Micki Free couldn’t resist the temptation to throw in a bit of Jimi Hendrix and a dash of the Stones to balance the set out. This was a gig with a difference and admittedly not one worth travelling the length of the country for, but I do wish more artists would do gigs like this, because it was an endearing show where you felt that the artist was your best friend and would happily play anything you wanted. 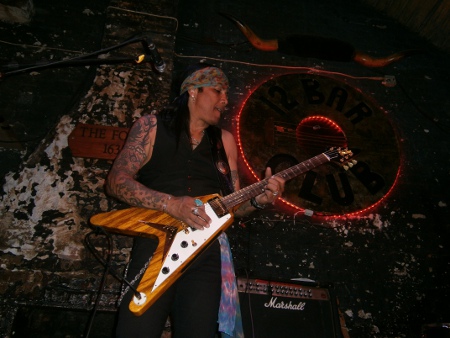