Huge news has rocked the Metal world recently as KK Downing, half of Judas Priest’s legendary twin-guitar attack, has announced his retirement!

The underlying reasons are not clear, but KK refers to an ongoing breakdown with band members and management in his official press release.

With a World Tour booked and rumours of a new album in 2012, Judas Priest have filled the vacancy with top British guitarist Richie Faulkner. They got the right man for the job but to all of us who love to see KK play live, this is a tragic loss for the world of Metal and a poignant time to showcase some of KK’s greatest moments. 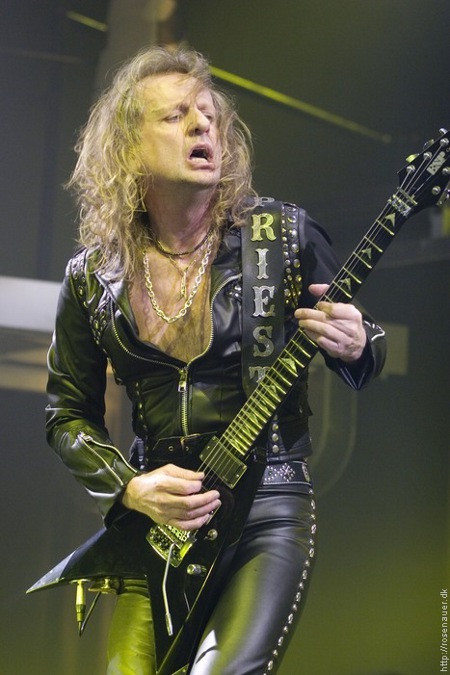 Famed for his wild, Hendrix-inspired style and crazy whammy-bar solos, KK Downing and Judas Priest have such an influence on modern Heavy Metal worldwide that it’s easy to forget the band have been together for over 40 years – and even harder to believe the classic ‘Painkiller’ album is now 21 years old!

So for all those of you who only listen to ‘Painkiller’, here are some classic tracks on which KK has worked his magic and helped change the face of Metal forever. 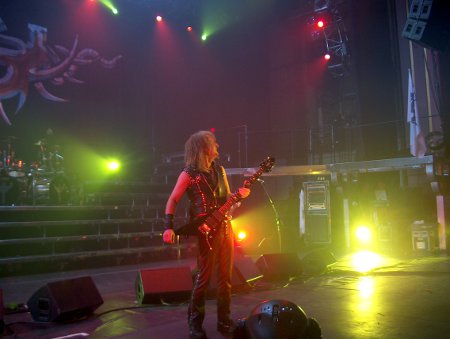 One of Judas Priest’s lesser-known and most underrated albums is 1977s ‘Sin After Sin’. ‘Diamonds And Rust’ and ‘Dissident Aggressor’ are key tracks, but the moment when KK really let the world know he was a true Metal pioneer is on ‘Sinner’. This is Priest at their most exciting and dynamic. A fast, urgent riff; wild post-apocalypse lyrics; and KK doing his best psychedelic Hendrix impression – freestyling, thrashing the whammy bar, throwing in random notes and creating his trademark sound. With Glenn Tipton generally playing more melodic solos, this is KK’s moment to shine. It also features on the album ‘Unleashed In The East’, and the ‘Live Vengeance ’82’ DVD.

‘Before The Dawn’ from the late 70s album ‘Killing Machine’ (or ‘Hell Bent For Leather’ if you live in the USA) is one of the first great emotional Metal ballads. It’s a real change of pace for the band after setting the thrash Metal template previously on the ‘Stained Class’ album. KK wisely hides his wild side and plays a subtle, gentle and surprisingly emotive solo, which matches the tragic yearning of the lyrics. It’s a song that showcases the enormous depth of talent in the band.

KK rips the Metal world a new one yet again on this track from the ‘Defenders Of The Faith’ album. The lyrics of this song are definitely open to interpretation – part street fight, part gay sauna – but this is Priest firing on all cylinders. The opening five tracks on the ‘Defenders’ album are the definitive 80s display of pure Heavy Metal. Metallica and Slayer might have been upping the ante and taking Metal to a younger, tougher generation, but ‘Defenders Of The Faith’ remains the epitome of twin-guitar perfection and power.

KK and Glenn’s interplay across the lead breaks on this record is incredible, but the best solo moment belongs to KK for ‘Jawbreaker’. His lead guitar power matches the filthy savagery of the lyrics, starting with a frenzied intro that builds and builds until it suddenly pauses and changes direction falling back into the main melody. It’s one of the most exciting, fist-pumping moments in the Priest back catalogue. Check out Ville Krannila’s fantastic special report at KK Downing’s Steel Mill for more on this track!

No article on Judas Priest is complete without mentioning The Painkiller. If The Sinner was the ultimate back in 1977, then Priest updated the template for 1990. It’s the same post-apocalypse lyrics and urgent riffs, but this time with a modern, speed/thrash approach, blitzkrieg drumming and vocals that could strip paint.

‘Painkiller’ is a monster and will always be known for Glenn’s huge solo and Scott Travis’ definitive double-bass intro. But tucked away near the end is an awesome KK special moment. As the song winds down, almost five minutes in, Halford is repeating; “This is the Painkiller” and it’s all set to fade out. But KK clearly had other ideas and as Halford drives up the vocals and screams “…Killaaaaaaarh”, KK comes in with a short but brutal solo giving the song a final lift of power – guitar and vocals both shrieking in harmony. It’s a phenomenal ending to a song that definitely will never fade out.

Priest returned in 2005 with ‘Angel Of Retribution’ and opener ‘Judas Rising’ is worth a mention. This is a strange album with moments of sheer genius, none more so than ‘Judas Rising’. With so many European bands ripping off ‘Painkiller’, Priest change direction with this album opener, taking us all by surprise. This double-bass-led killer just roars into existence louder than a nuclear explosion, but with Halford singing low register, almost operatic and a restrained but insistent riff, led by Scott Travis’ lunatic drumming.

It’s a song that needs a solo to match. Not one of Glenn’s note-perfect melodic lead breaks, but something to match the sheer thunderous intensity of the vocals and lyrics. KK rises to the challenge, reaching into the depths of his 1970s locker to pull out a solo that hints at The Sinner but is disciplined, tight and intense. It’s a powerful moment that reminds me of some classic Adrian Smith moments for Maiden.

Recorded for 2005s ‘Rising In The East’ DVD, this is a brilliant bit of Judas Priest theatre with KK seemingly dressed in the identical leather jerkin and ‘Priest’ guitar strap he was wearing on the 1982 ‘Live Vengeance’ tour! ‘Victim Of Changes’ is one of Heavy Metal’s golden moments for many reasons, but KK’s solo is just awesome. Shredding on his black flying V guitar, throwing in wild notes and playing like his life depended on it, this is just such a classic KK moment. There’s a passion and emotion to his playing which perfectly counters Glenn’s more studious approach. The interplay between the two, later on ‘Hellrider’, defines the band. Plus this DVD features ‘Judas Rising’, ‘Painkiller’, ‘Breaking The Law’ and ‘Exciter’. What’s not to like!

So, KK Downing may be retiring but his music lives on and on. Going right back to the early 1970s, KK’s influence on Heavy Metal is extraordinary. If you’re not a huge fan of Judas Priest then now’s the time to check out their back catalogue and worship at the altar of the Metal Gods. Try downloading:

Have you got any classic moments featuring KK that you want to share? Let us know in the MetalTalk.net Forum.

Thanks to Jari and Ville from KK Downing’s Steel Mill (www.kkdowning.net) It’s a treasure-trove of KK and Judas Priest material and a truly fantastic website. Check it out by clicking here! 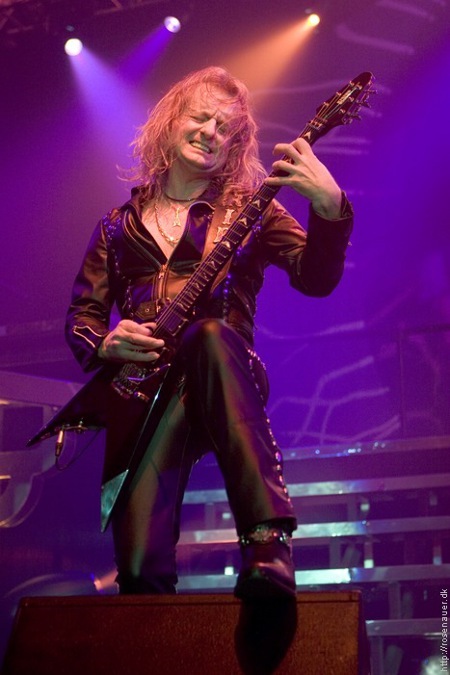 OOOPS... MAIDEN DID IT AGAIN! 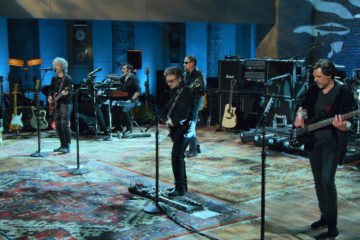