Paul got the job, which is history now, but let me expand that a little.

So off he went to rehearsals, on his own for a while, but it soon became obvious that Paul wanted me to tag along. And I have to admit, I couldn’t wait to meet these guys.

I said to Paul a few times: “Let me come along and I’ll see if they want me to help”.

So, one evening I met up with Paul en-route to Leyton Station, we got the train to Mile End and changed trains for Bromley-by-Bow. Once out of the station and several back streets later, we found ourselves in Carpenters Road.

Scarf Studio itself was a rundown block of buildings above some old unused garages. This was part of the East End I wasn’t used to, and I have to admit, it gave me the creeps.

There were two sets of stairs leading up to the studio level, maybe 16 in total, but who’s counting?

Once you reached the studio level, the rehearsal room that Maiden used was usually the first studio on the right. This was the room I met David Murray, Doug Sampsom and Steve Harris for the first time.

The need to get away from Waltham Forest was immense. It still is I suppose, but no more than any other area.

So here I am face to face with what will become the biggest Heavy Metal band in the world.

I was in a band of my own at the time, we had no name but we were happy using the same studios as Paul and his new mates, quite simply because they were cheap. £16 a night from 6pm till 11pm was the best in the area at the time.

By this time, I had already met the Maiden guys a few times, and we were getting on famously. My band would take a break and listen to them, and vice versa. We got chatting one day when our breaks collided, and Harry said I was a good bass player, and he invited me in to listen to what they (Maiden) were doing.

I went in, listened, came out and told the rest of my band that I was quitting.

What Steve could play with his fingers put me to shame with a plectrum. And Sweet’s Andy Scott found out the hard way, but that’s another story.

I felt so embarrassed to call myself a bass player that I hung up my plectrum there and then.

I would have been happy to clean their shoes, but they took me in, and over the next few months, I was pretty much the fifth member of the band.

Every Sunday afternoon became a routine. Rehearsals were usually from 2pm till 8pm, although sometimes we would go on till 10pm if the studio wasn’t pre booked.

Paul would meet me at Leyton Station and we would always be early, but not always out of enthusiasm. No, no!!!

If we timed it right, we could get to the Carpenters Arms, and get free bar food with our pint before we started rehearsal. Sea Food and roast potatoes were always on the bar and we would help ourselves. Well, if the locals didn’t want it, we certainly did.

I have to admit, my Mum always had a hot dinner waiting for me when I got home on a Sunday night, but I’m not sure it was the same for Paul.

By now I was getting an idea of what the members of the band were like.

Steve was always as straight as an arrow. It was his band, and he knew what he wanted.

Dave was always a happy chap, without a care in the world. This guy could smile for England, and get Gold just for the attempt.

Doug was as tall as me, but the most laid back guy I’d ever met. He always had the sniffles, but it never affected his job.

And of course there was Paul, my best mate. 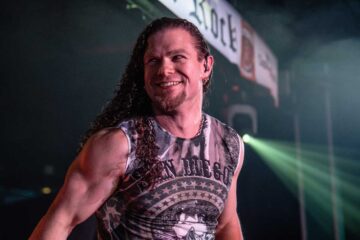