So, with my neurotransmitters fully functioning at 100% I arrived at Heathrow almost four hours before our flight with dangerous levels of dopamine and serotonin bouncing between my cerebral hemispheres. Yes, you could say I was up for this one.

A quick text to Ras revealed he too wouldn’t be long, having only a short journey to the airport himself. Now I’m not much of a coffee drinker but I thought I’d keep my sense of euphoria topped up and duly headed for the nearest Costa. My exhilaration was confirmed when I took up the offer of the ‘new blend’ coffee for an extra 40p, going against all my instincts and the voices in my head… “now don’t do anything rash Curly lad, think about it for a minute!”

Ah, what the hell, and with excitable lunatic status confirmed, I made the purchase. A quick Google search later on for the name of the ‘new blend’ would reveal that the Arabica blend wasn’t actually that new, and has in fact been available since 2014. I felt somewhat let down and cheated! Not to worry though, I told myself, just think of what’s ahead.

So £3.20 lighter I settled down with said coffee and started to watch the latest episode of Poldark on my trusty iPad. I love my period dramas, so I do.

Less than half way through and Ras bounced up with his lovely fiancée Adele. This guy has more energy than a 24-pack of Duracells, having just returned from Australia not forty eight hours before and getting straight into another long haul over the pond.

Time was moving on and after getting the all clear from the Springer Spaniel sniffer dog, who survived a mauling from Ras, we made our way to meet Brian, Abbz and Dean who were running a touch late, shall we say, having driven from Stourbridge.

With check-in complete and lightened of cases and guitars we made our way to the gate. The twenty minute walk revealed that the Stourbridge crew had christened Ras and I… Ras and Dave, which led to embarrassingly loud guffaws and the recital of the all time classic ‘Rabbit’, confirming that as well as this tour being tough it is also going to be one hell of a laugh!

The eleven hour flight to San Francisco, where the tour kicks off with a bang tonight, was reasonably comfy and with quite a few spare seats on offer we were able to spread out a bit, with Brian taking the opportunity to get horizontal along a row of three and being looked after by Ras with a pillow and blanket.

On arrival, Karl and his other half, Debbie, were waiting for us with ‘Screwball’, the name given to our trusty ride that has the task of traversing us State to State, coast to coast over 10,000 miles in the next thirty one days.

After checking in to our rooms and taking a quick shower, we went next door to the Elephant bar, presumably named after the elephant sized meal portions they serve.

Mixed tacos with brown rice washed down with a lovely pint of Blue Moon set me up for what I thought was going to be an epic sleep… wrong!

After being awake for over twenty four hours and feeling totally shattered, I have managed just five hours kip and am now lying in a huge bed writing this diary, still hyped up and raring to go for tonight’s gig at Slims.

They must have named the venue after me! Tune in tomorrow when we start to up the pace a bit.

NO TIME TO BORROW FOR DIAMOND HEAD IN PENNSYLVANIA

IT'S ELECTRIC IN SAN FRANCISCO FOR DIAMOND HEAD

FROM THE ABYSS: VOICE OF RUIN TRAVERSE THE DARKNESS WITH ‘ACHERON’ 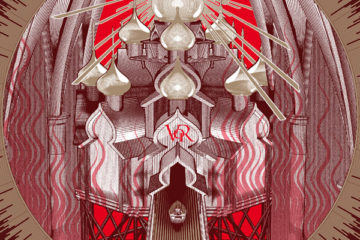