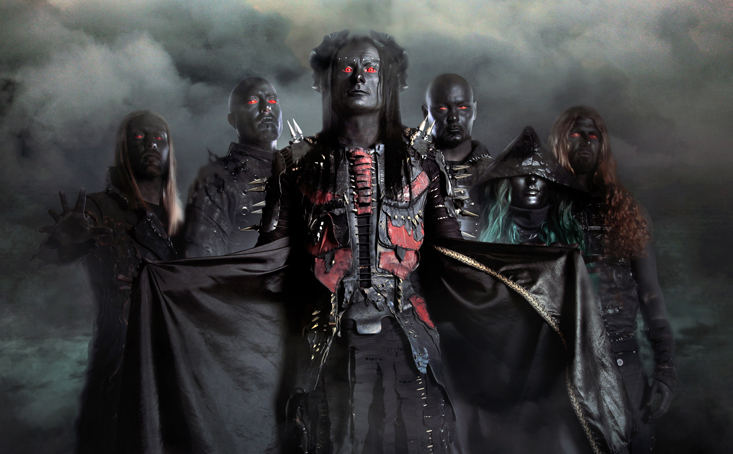 Suffolk extreme metal and Nuclear Blast Records artists Cradle Of Filth, whose last album ‘Cryptoriana – The Seductiveness of Decay’ was released in 2017, have announced the mutual departure of keyboardist Lindsay Schoolcraft.

Lindsay has been with the band for the last 7 years and in that time has been privy to a massive resurgence both on record and live, with CRADLE OF FILTH undertaking some of the most prolific touring in the band’s 28-year history, a feat that has been both rewarding and understandably exhausting at the same time.

Lindsay Schoolcraft told MetalTalk “Dearest Filthlings, it has been an honour and a pleasure to get to know you online, in person, and from the stage the past 7 years. You have made my life fulfilling during this period of time.
I am here to inform you that I have left the band. It was a difficult decision to make, but I can assure you it was the best thing to do for my well-being and mental health. I have been doing well on my road to recovery and will continue to be a full-time musician through my other two musical projects.
I want to extend a massive thank you to the band for letting me be part of Cradle of Filth’s legacy for the time I was present. It was an incredible experience and I’m so grateful that we got to share this together.
I want to send my well wishes to my successor too and I ask you all to please be as warm and welcoming towards them as you were with me so long ago.
I hope that some of you will continue to join me on my journey as a composer and singer. The magick and the (black) metal doesn’t end here. Thank you again for all of the love, support, and memories. It will not be forgotten. All my love and gratitude.”

Dani Filth also commented “This is very difficult for everyone in the band who have become a very tightly-knit family on the road, but ultimately it is something that has come to pass out of necessity both for her health and the band’s musical development hereon-in.
Of course we will miss Lindsay a lot and we hate to have to part ways, as we’ve travelled a beautifully madcap road together over the last few years and collectively share many amazing memories from those travels.
Plus she is like our little (Gothic, Canadian, Vegan) sister.
So the band and I wish her the very very best for everything she has planned for the future and I hope you guys reading this continue to support her too. And though this truly is the end of an era, it is also the aromatic promise of another. Lindsay’s successor has already been unearthed and is contributing to the new record like a demented unearthed thing.
The new album commences recording in a little over a fortnight’s time and a release date is set for later in the year.”

In November, Cradle Of Filth released the ‘Re-Mistressed’ version of ‘Cruelty and the Beast’.

Catch the track below.