Veteran goth rockers Gene Loves Jezebel have found a new lease of life recently under the leadership of Jay Aston. MetalTalk’s Mick Burgess caught up with the band’s front man on their recent UK tour.

MT: You’re a couple of shows into your current UK tour. How have they been going so far?

JA: It’s been great. We’ve done festivals here and there but we haven’t toured for a long time. The gigs we did in the US in September/October were just brilliant so these UK shows are a carry on from that and it’s great to be playing with these guys again after my acoustic shows, there’s been so much energy.

MT: It’s been ten years since your last UK tour. Why has it taken you so long to play in the UK again?

JA: A lot of things have happened over the years and I’ve also got this thing going with Pete called The Ugly Bugs, which is all theatrics and make-up and stuff, that has been taking a lot of our time and James has been working with Scott Walker and The Cult, The Alarm, Chelsea and Woody Woodmansey. So we’ve all been fairly busy doing other things but now we`re back with Gene Loves Jezebel and looking forward to it.

MT: You have been with Pete Rizzo and James Stevenson since your early days. What is it about them that works so well for the band?

JA: Pete is a brilliant musician, he plays bass and can play guitar and keyboards and I’ve taught him how to sing too so he does backing vocals now which he couldn’t do before. He’s such a natural musician and James is such a great guitar player. He can play anything and always comes up with such great ideas. We all get along so well on a personal level too.

JA: Chris has been busy doing stuff with bands down in Bristol so it’s hard getting us all together at the same time. Chris couldn’t make this tour but he is still part of the band. We have three drummers that we can use. There’s Chris, there’s Rob Adams who played on ‘Heavenly Bodies’ and there’s Joel. They’ve all got different qualities. Joel is such a groove machine, Chris is very physical and Rob is very flashy. We can draw on any of those if one is not available. It works really well for everybody and it keeps us fresh. 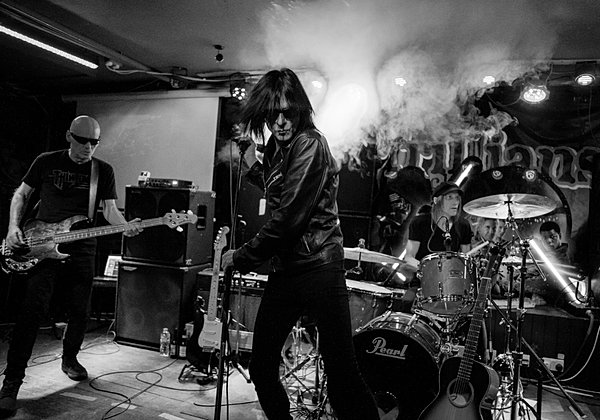 MT: Where did you first come across Joel?

JA: I met him through a mutual friend in LA. He’s a fan of the band and we became friends. One day Chris couldn’t do it and we asked Joel if he could do it and he said of course. He’s such an easy person to travel with and is such a lovely person.

MT: Your twin brother Michael had been in the band but he hasn’t been a part of the band or your life for some time?

JA: ‘House Of Dolls’ was very nearly not made as I just don’t get on with my brother. It got to the stage where I’d sing the songs and the record company would have him mime to my voice then he left. I had originally been going to leave with Pete to do The ​Ugly Bugs but when my brother left, I decided to stay and carry on. Everybody else decided to stay too as we’re all musicians and we write together. We actually wanted to change the name of the band but the record company said we had such a great body of work that we should keep the name.

MT: How did your parents feel about you falling out with each other?

JA: My parents weren’t happy about it. They made me drop my case against my brother as he was doing gigs using the name. It was very upsetting. I love all of my family and wish him happiness and peace but I think he’s on the wrong train. It’s probably better that we’re not friends. I can get on with my own life and I’m not carrying him and he’s not feeling responsible for me so I much prefer it that way.

MT: Around a year and a half ago you released ‘Dance Underwater’, your first studio album in around eighteen years since ‘VII’ in 1999. Why did you feel the time was right to release new material by Gene Loves Jezebel at that point?

JA: We did the album through Pledge Music which was amazing. We write all the time and people kept asking us when we’d make another album. It was going to cost a lot of money to do it properly so if we could raise forty grand then we’d do it and we got Pete Walsh in to produce it who worked on ‘Discover’ and ‘The House Of Dolls’. We used Barrie Barlow from Jethro Tull’s studio and he plays a bit on the album too. We thought if we could get those people and the fans came up with the cash then we’d do an album properly and that’s why ‘Dance Underwater’ sounds great. If we hadn’t thought that we could still do it then we wouldn’t have bothered but we’re all really pleased with it. We’re very proud of it and I think we’ve rediscovered ourselves through that album. That whole process has been so rejuvenating.

MT: A lot had happened musically over those intervening years. What was influencing you during that period and what elements did you bring into your song writing?

JA: I spent a lot of time travelling and doing solo acoustic gigs so a lot came out of that. I write all the time and I had about one hundred and eighty songs, so me and James sat and went through them deciding what were good ideas or not. I have tried in the past to write lyrics and use them later but I find it works better for me if I write them all at once. I have to feel them in the moment.

I then worked with Pete on ideas. He’d gone through some real tragedies and he gave me these lyrics for songs like ‘Dance Underwater’. I thought the lyrics were just too dark and I couldn’t sing them so I modified them somewhat so that they’d relate to me. He then came up with ‘Cry For You’ and all these great choruses. We sat in the studio and James would come up with some amazing guitar stuff. It was so inspirational.

We hadn’t played together for a while and it was just mind blowing. We’re all good friends and of course we argue from time to time but we are close and on stage we just have a laugh and we enjoy hanging out. 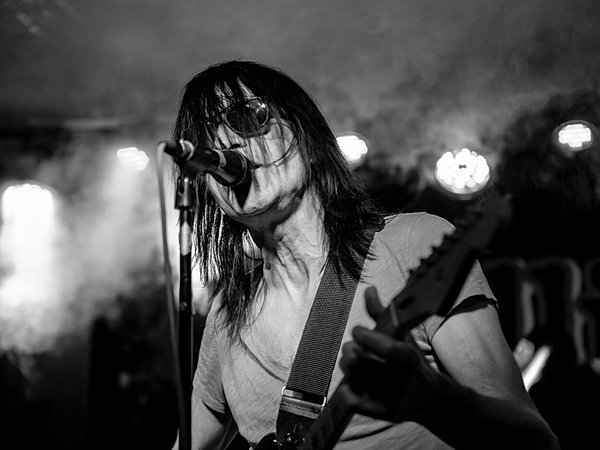 MT: Did you approach the writing differently compared to when you did the last album?​

JA: The biggest difference on this album was Pete’s influence as he brought so much to it. Usually I sit down with James and I can come up with some basic bar chords and things and James will add his demented thirds and the like to the music. He has such a great ear for music. In fact, we did a song called ‘How Do You Say Goodbye (To Someone You Love)’ for The Ugly Bugs and James said that we had to do that on the album. I have over one hundred and eighty songs all over the place on memos, Garage Band, Logic, tons of different ways that I record them on the fly.

MT: The album sees you drawing on those styles, influences and melodies that became your trademark throughout the eighties and nineties but has brought a very contemporary sound to the band. Was it important to you as an artist to move forward and grow musically rather than re-tread over old ground?

JA: We evolved and I learned so much by being with such good musicians. There’s so much potential in the band with harmonies. James has such a good voice and Pete now adds to that. What you see when you see us play is us experimenting, and we constantly try and add different parts and try to develop as a band. It makes it exciting and spontaneous for us as well.

MT: How have the new songs gone down with your fan base?

JA: We recently played at a Gothic festival in Leipzig with The Mission and we played half of our new album and they went down amazingly. We’ve also been playing songs like ‘Josephina’ too that we haven’t done in years so there’s a good mix of songs at our shows.

MT: Where do you head next after the tour finishes?

JA: We have a big festival in Portugal coming up and we’re lining up a big tour in the US in the summer. The vibe from these UK shows has been amazing and hopefully we’ll be coming back for some more shows later in the year. 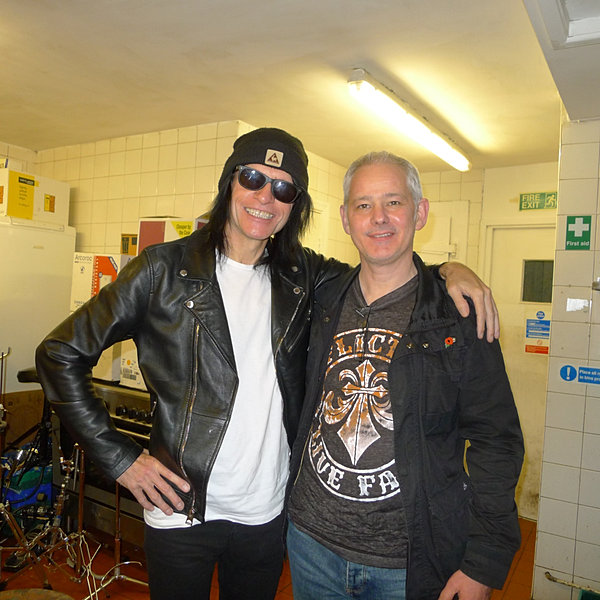