The Sunday Supplement / Snowy White talks ‘Something On Me’

For some people, their first knowledge of Snowy White would come about when listening to the compilation ‘Now That’s What I Call Music 2’, released in March 1984.

His soothing debut single, ‘Bird Of Paradise’, enjoyed great success, peaking at number six on the UK singles charts and this brilliant track stood tallest against massive tunes by bands such as Queen, The Rolling Stones, Slade and Big Country.

Of course, this is not the whole story, as from 1980 White had played with Thin Lizzy for a couple of years, having previously toured and recorded with Pink Floyd in the late 70’s, also appearing on The Wall Shows of the 80’s. White continued working with the Roger Waters band after this, too.

MetalTalk recently spoke with Snowy, as prepares to launch his latest album ‘Something On Me’.

How did you first became involved with Thin Lizzy?

“Scott Gorham saw me play with Pink Floyd in the States and when we ran into each-other he said ‘do you want to join Thin Lizzy? We’re auditioning guitar players’.

“I said well… I’m sort of busy on the road right now… but I gave him my number.

“He called back a few days later and I gave in (laughs). The ‘Chinatown’ tour and then ‘Renegade’…”

Did you leave because the band was starting to get out of control or because that style of music wasn’t your thing?

“It wasn’t just that. Drink and drugs were getting out of control and Phil [Lynott] was interested in being a Rock Star and living that life.

“I’d lay guitar on some demos and he’d say ‘AHH!! But I need those to put vocals on first’.

“They’re Thin Lizzy and it was a Rock band – it’s what they do and rightly what people want to hear.

“After some back and forth we agreed to do the third album in Dublin and management said Phil would come on time and it would be sorted.

“I got there early but the same thing happened, he just spent the time hanging out with his Irish friends like Bob Geldoff and them which was frustrating.

“Eventually I just decided not to go into the studio one day and that was that.”

What is your abiding memory of Phil Lynott?

“It’s hard to pick just one…. I have good and some not so good memories of being in Thin Lizzy.

“He was a man of his time – lived fast, died young…an amazing front man.

“He had a great sense of humour too.”

After Thin Lizzy you launched your solo career with a certain song….

“‘Bird of Paradise’ was just a demo I was working on!

“I told the record company we didn’t have a singer or anything, but they wanted to put it out as a single.

“I thought it would sink without trace, but then I ended up having a hit and going on these breakfast shows!

“It sort of freaked me out.”

Snowy is about to release his new album, ‘Something On Me’, under the banner ‘Snowy White and The White Flames’ and it is with The White Flames where he is best known these days, caressing out his ‘English Blues’ with effortless panache.

Snowy White and The White Flames – Something On Me (Soulfood Music)

As opening tracks go, White ignores the formula of hitting you early with a bells and whistles track.

The title tune is anything but that and, still at nearly eight minutes long, it delights in its one speed pace of sultry Spanish guitar vibes and dainty harmonica. 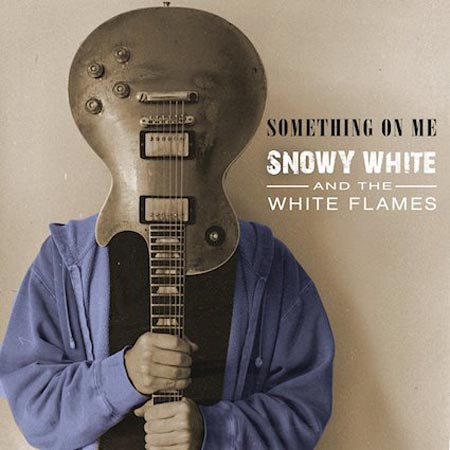 ‘Another Blue Night’ basically shows off what makes Snowy White such an engaging guitarist. Smooth tones that make your knees wobble in ecstasy are in abundance here.

More of a dirty Southern punch fills the spit and sawdust of ‘Ain’t Gonna Lean You’ which is followed by the pure and traditional sound of  ‘It’s Only The Blues’.

‘Commercial Suicide’ was originally the title to what became Def Leppard’s head spinning experimental album ‘Slang’. Whether or he nicked it, or not, this instrumental and a tad wacky cacophony of Jazz and Prog, is most certainly straight out of White’s DNA.

The sweet and polite ‘I Wish I Could’ might be too flaccid in parts and vocally unconvincing, but the superior guitar/piano solo is all you have to worry about savouring.

When White eventually gets the chance to tour this album is anyone’s guess, but when he does the majority of this album is sure to sound a whole lot meatier in the live domain.

Closing tune ‘One More Traveller’ would close out any gig in style, with the climaxing guitar and keyboard combo making the hairs rise.

‘Something On Me’ is not full frontal, muscle flexing Blues Rock, but to those who have followed his career thus far, this collection of quaint simplicity will be a sheer delight.

What keeps you inspired and what brought this album about?

“Well I never really record with putting an album out in mind. I just love playing at home. Eventually I had what felt right as an album.

“I added some more upbeat tracks too because I didn’t want the album to be a downer.”

Over the years you’ve played with so many legends, yet stayed out of the spotlight yourself. Is that the way you prefer it?

“Whenever the spotlight hits me, I want to step out of it! That sums me up pretty well I think.

“When I picked up a guitar all those years ago, I just wanted to know what it felt like to play those blues riffs. 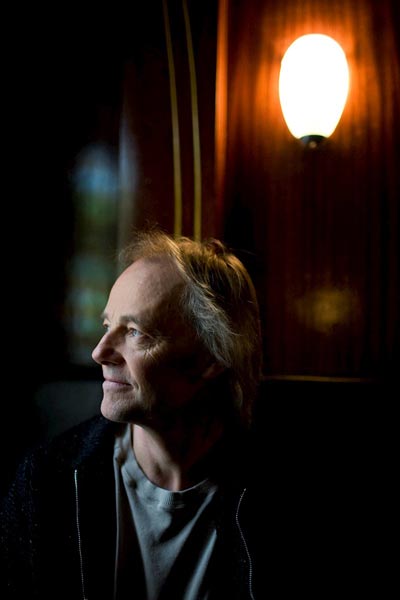 Going back, how did working with Pink Floyd come about?

“Well, Pink Floyd called me up to a studio to rehearse and after we met, Roger asked if I wanted the gig.

“I was a bit taken aback and said something like ‘Well you haven’t even hear me play yet’ and Roger responded ‘you wouldn’t be here if you couldn’t play’.

“Then we jammed for a while and Roger asked me to lay some guitar on this track they had.

“The ‘Pigs On The Wing’ solo was done in one take with an unfamiliar guitar! I saw this white Strat that was sitting there and just played what felt right.

“Then the tour started. I was playing to arenas with 60,000 people and sometimes I’m just thinking ‘wish I could just play a blues solo’ (laughs).

“Sometimes I just didn’t get it. David is actually a great blues player too. When we sound-checked, sometimes we would do some old blues, but then he would put on all his effects and that was the Pink Floyd sound.” 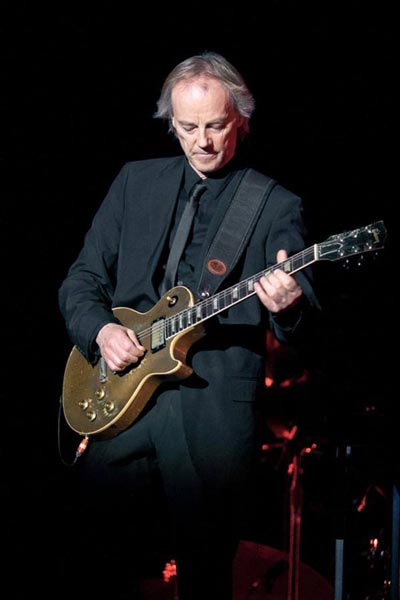 And how about working with Peter Green?

“Peter Green was a very generous man…and I think some people took advantage of that, to be honest. He was a hero to me and he was such a lovely down to earth guy, living with his parents and eating dinner together.

“He invited me and my band to jam with him and asked me to play lead – I said people want to hear you play!!

“But he was very generous and he played a rhythm and I played lead on top of it and that’s what’s on the album.

“I remember him sleeping on my couch. We did some recording in west London and having all his records and things in storage.

“I actually had the chance to buy his Les Paul [The legendary ‘Greeny’ ‘59] but I turned it down. He wanted £100 for it and back then was a lot of money (laughs).

“I mean It was Peter’s guitar and when he wasn’t playing it it was just a Les Paul.

“I thought he would want it back sometime – I think Gary Moore got it for £150 later on.”

Snowy White and The White Flames – Something On Me (Soulfood Music)

Ain’t Gonna Lean On You

It’s Only The Blues

I Wish I Could 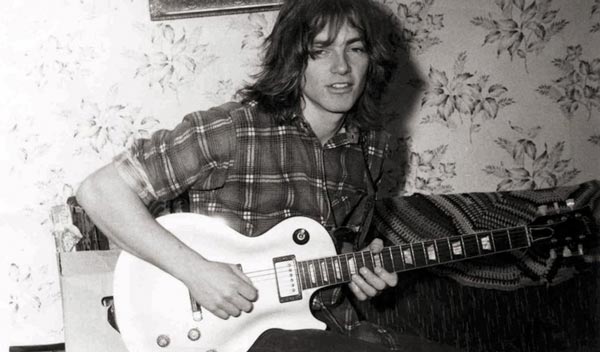 Corey Taylor / 'CFMT' providing relief against the angst of the World

The Sunday Supplement / Snowy White talks ‘Something On Me’ 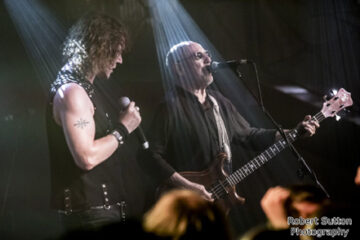