Did you know the average human lives to 82.9 years, and the average rock star lives to 36.2 years? From choking on a ham sandwich to freezing to death, the odds aren’t good for our favourite music icons.

Alice Cooper famously ran a late night drinking club out of the Rainbow Bar in the 1970s and this group of Hollywood rock and acting royalty are not only the survivors but lead this emotional tribute to those no longer with us. 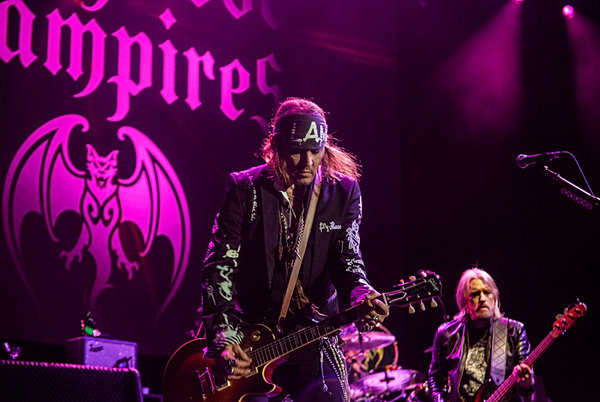 Teaming up with Joe Perry and Johnny Depp, this Alice fronted supergroup are a tour de force and certainly not just a covers band but the real deal.

We are stage left right in front of Jack Sparrow – yes he’s gorgeous, yes he rocks the guyliner and yes he can really play guitar and sing. The noise this six-piece blast out is incredible as they bring the dark side of the Sunset Strip to North London. Sleazy, sharp, sassy with Cooper as the Ringmaster, this show is sensational. Perry’s guitar is literally singing, the solos are immense and you can see he really enjoys being in the Vampires. 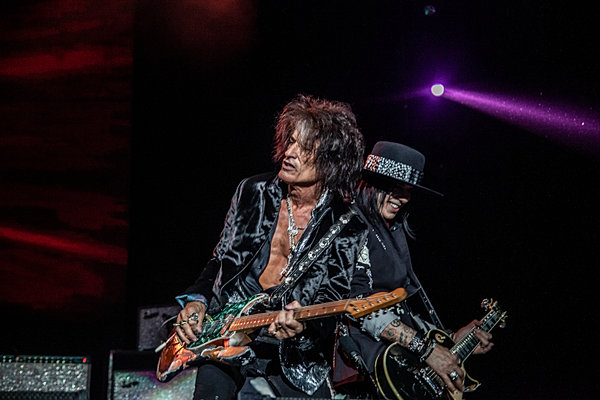 These ‘Lost Boys’ deliver a setlist of anthems from start to finish. As the curtain comes up, the very apt ‘Bela Lugusi’s Dead’ blares out and it’s an omen of what it is to come.

And boy does it, like being hit by a rock’n’roll sledgehammer kicking off with ‘I Want My Now’, ‘Raise The Dead’, and then into the Spirit cover, ‘I Got A Line On You’ before ‘7 And 7 Is’. Then a brilliant and fitting tribute by the band with ‘My Dead Drunk Friends’ – the photo montage is truly emotional and we all shed a few tears as David Bowie, Hendrix, Lemmy and Keith Moon float by. 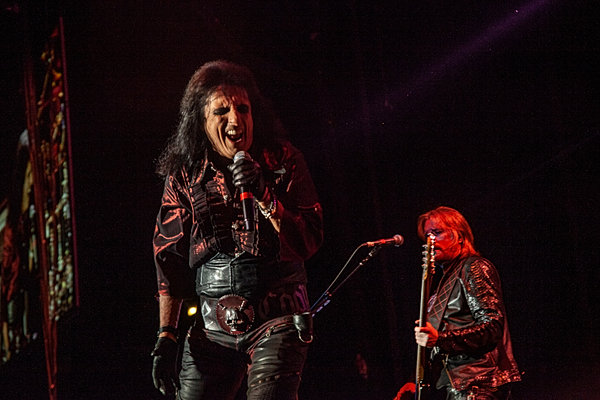 As Morrison’s face pops up the band lead us into ‘Five To One/ Break On Through’ and it’s like the spirit of Jim is with us. ‘The Jack’ gives us the AC/DC electric shock and then it’s into the song that made me the rock chick I am today, ‘Ace Of Spades’. Depp was born to play this song.

As the folky keyboards of ‘Baba O’Riley’ play out, we know this one is all about Keith ‘The Loon’ Moon, then it’s a blast into ‘As Bad As I Am’ and ‘The Boogieman Surprise’ then Cooper’s own song, ‘I’m Eighteen’. 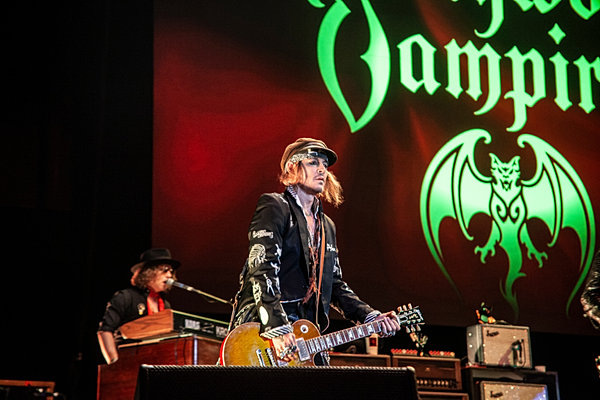 The setlist stays strong with a nod to Fleetwood Mac’s ‘Stop Messing Around’ and ‘People Who Died’ from the Jim Carroll band sleazed up by Perry and co.

As the Aerosmith axeman dons his Vocoder the audience go wild as we know it’s time for ‘Sweet Emotion’ and Cooper/Perry/Depp do the song complete justice – you don’t even notice it’s not the big lipped, snake hipped Tyler on stage. 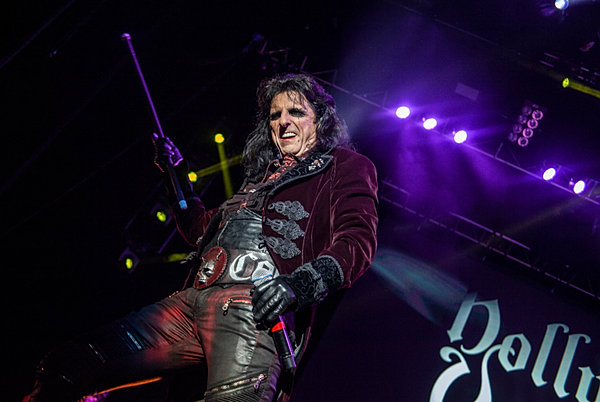 Depp is working the stage and this side of the Arena (there is a God!!!) and he is clocking all the fans. Thank God I wore that glitter jacket as he sure spotted us. Damn that dude is hot; men, women and even the security guards were swooning when he made eye contact with them.

‘Bushwackers’ is up next and then as Bowie’s face floats on screen and the riff to ‘Heroes’ begins, Depp takes to the mic and sings us one of the best renditions of this song I’ve ever heard. Touching, moving, electric – this could have been a car crash but it was truly magical. ‘Train Kept A-Rollin” ends this set but we all know there’ll be an encore and what an encore it is. 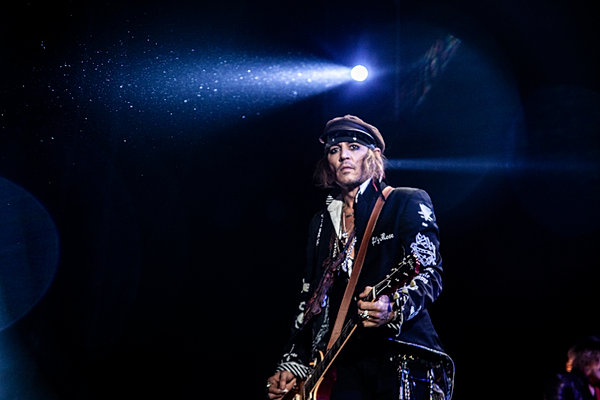 School’s been out for me for ages, but this track takes us back to the heady days of the 80s when all of our favourite rock stars still walked amongst us.

Long may the Hollywood Vampires haunt us with their legacy. And Johnny, if you want my number just contact us here!! 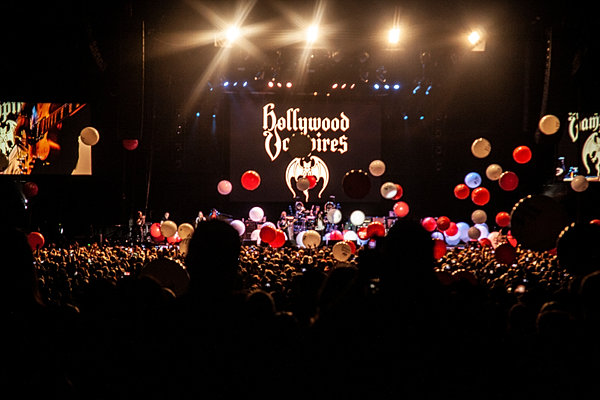 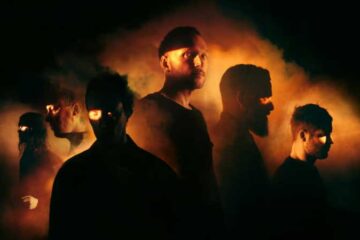