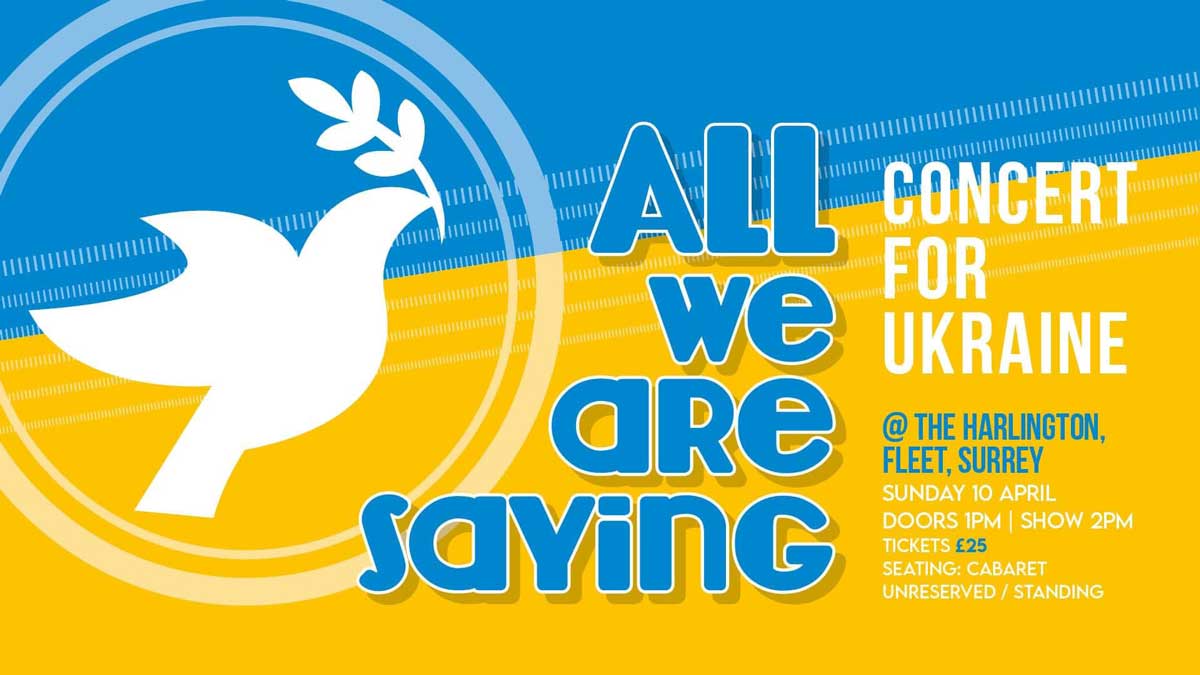 Elles Bailey, Sari Schorr and Mike Ross are part of a host of stars who will gather at The Harlington, Fleet, on 10 April 2022 for the unique Gig 4

Elles Bailey, Sari Schorr and Mike Ross are part of a host of stars who will gather at The Harlington, Fleet, on 10 April 2022 for the unique Gig 4 Ukraine event.

The running order for the day is a tightly kept secret, but Alan’s plans will lead to one special event. “We’re trying hard not to have a bill here,” Alan says. “No top or bottom of the bill. There is a level of stress for any event you put on, but for the musicians, there’s no commercial stress on these guys. They are not promoting an album and worrying about bums on seats. They are there for the cause.”

Alan has hinted at some incredible surprises. “The feedback from the artists is fantastic,” he says. “They are so up for it, and I think we are going to do the show with quite a few collaborations that you will probably never see again. It will make it fun for the audience and the artists. You will not often see Elles, Jo and Sari singing together. That is going to be quite something.”