As I arrive at The Camden Underworld, I’m greeted by a truly impressive crowd of people jostling for the front of the stage. For most Tuesday nights this would be hard to explain, but it seems legends never die and Queensrÿche’s Geoff Tate is in the house.

Hailed as one of the greatest Metal albums of all time by many fans and musicians alike, ‘Operation: Mindcrime’ is being given its full due tonight, being played in its entirety and in order. Songs like ‘Revolution Calling’ and ‘Spreading The Disease’ have lost none of their impact either lyrically or musically. If anything, they’re more powerful now than they were in 1988.

Geoff Tate has assembled a hungry young band of musicians who truly do the album justice and to have epic songs like the ten minute plus ‘Suite Sister Mary’ played live in such a small venue is something truly special. What’s even more impressive is that Geoff Tate is smiling. Not just smiling, but beaming and thanking the crowd for their dedication. It’s a wonderful sentiment from a true pro.

A perfect rendition of ‘I Don’t Believe In Love’ is followed by the gentle prog-Metal of ‘My Empty Room’ and the atmosphere is superb. Ending with the ageless classic ‘Eyes Of A Stranger’, you’re left wanting more and wondering why few modern Metal bands are writing songs of this calibre anymore as Geoff and his band leave the stage to thunderous applause.

There are more Portuguese than English speakers here tonight and it’s not hard to see why. The venue is packed with hardcore fans, old tour shirts and a fair share of Brazilian flags down the front. Founded and still led by guitarist Rafael Bittencourt, Angra have gone through some turbulent times over their nearly thirty years together. With new album ‘ØMNI’ to promote tonight the six-piece band is squeezed onto the Underworld’s stage for what promises to be a rather special show. 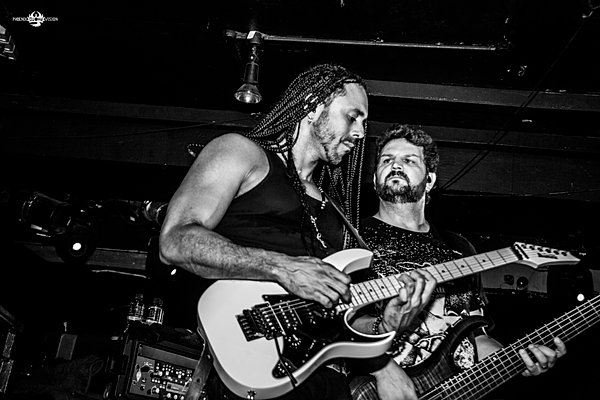 Opening the show with the speed riffing of ‘Nothing To Say’, Angra waste no time and the twin guitars of Bittencourt and Marcelo Barbosa tear through songs like ‘Acid Rain’ and ‘Insania’ at an almost relentless pace. Sounding roughly two parts Dream Theater and one part DragonForce, Angra’s music is certainly not for the casual Metalhead on a night out. Like most power Metal, it demands almost equal amounts of dedication from the audience as the band. However Angra’s music never descends into meaningless technical noodling, mainly because the band seem to be having such a genuinely good time on stage and it’s hard not to grin along with them.

“It’s funny,” comments frontman Fabio Lione. “This band has about 27 years of history and now we have a member who is 27! Mr Bruno Valverde.” A brief drum solo leads us to ‘Lisbon’ and the prog-Metal grooves of ‘Magic Mirror’. 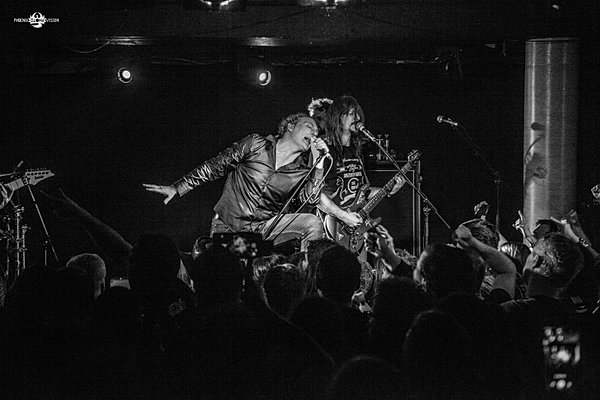 Returning to the stage armed with only his acoustic guitar, the band’s veteran six-stringer leads the crowd through the sweetly haunting ‘Lullaby For Lucifer’before introducing a special guest.

“When I discovered Queensrÿche, it was fun to know that mixing different styles was possible and based on the great impact I got from that band I started combining Brazilian stuff and Metal. Please welcome Mr Geoff Tate.”

As the lonely acoustic notes of ‘Silent Lucidity’ fill the hall, you realise that live shows are truly built around these special moments of fans and musicians coming together across generations to share the same references.

The opening chords of ‘Rebirth’ drift across the crowd and they proceed to roar in excitement. As the speed riffing of ‘Carry On/Nova Era’ finally kicks in the crowd goes truly insane and crowd surfing starts.

Leaving the stage to massive applause, Angra have done themselves proud and made their loyal fans very happy. 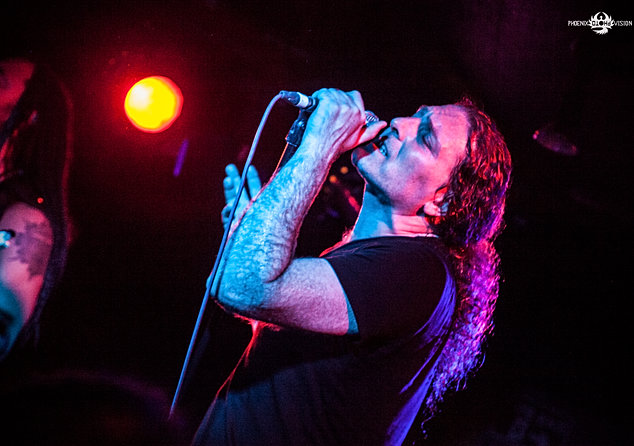