Born 8th March 1956 in East Ham London, Clive Burr first made a name for himself on the rising New Wave of British Heavy Metal Scene when he joined Samson as a drummer in 1977 who later featured Bruce Dickinson who would later become the vocalist of Iron Maiden.

With Samson Clive recorded two singles, ‘Telephone’ and ‘Mr Rock ‘N Roll’. Clive left Samson a year later before the recording of their debut album and held many jobs away from the music scene including being a porter at Smithfield market and as an encyclopaedia salesman. He was also a keen sportsman winning trophies for clay pigeon shooting.

Clive rose to prominence when he replaced Doug Sampson in Iron Maiden, who had just signed a recording deal with EMI Records, in 1979. With Iron Maiden he recorded three albums, ‘Iron Maiden’ (1980), ‘Killers’ (1981) and ‘The Number Of The Beast’ (1982) which went straight in at number one in the UK album charts.

Iron Maiden made history with their first single for EMI, ‘Running Free’, when they performed the track live on Top On The Pops in 1980, the first band to do so since The Who did way back in 1972.

To promote the debut album, Iron Maiden supported Judas Priest on their British Steel UK tour which was followed by a 51 date headline tour which included four dates at the legendary Marquee Club in London.

The album charted at number four and was celebrated by a charity gig at the Ruskin Arms pub where the band had played many of their early gigs. The band performed as special guest to UFO at the Reading Festival, playing in front of their biggest crowd yet of 30,000. They then toured throughout Europe as special guest to US rockers Kiss.

Iron Maiden’s second album, ‘Killers’, reached number twelve and was the last to feature vocalist Paul Di’Anno. The tour saw the band undertake 113 dates, taking them to sold out shows in Japan and to the USA for the first time supporting Judas Priest once again along with Humble Pie. A live mini album, ‘Maiden Japan’, was also released.

Clive’s last album with the band was ‘The Number Of The Beast’ and the first Maiden album to feature Bruce Dickinson on vocals. It is Iron Maiden’s most popular album and was featured in BBC’s Classic Albums series.

It features the singles ‘Run To The Hills’, a top ten hit, and the eponymous title track ‘Number Of The Beast’, which is still a live favourite.

Clive Burr got a song writing co-credit for ‘Gangland’ and for the non album B-Side ‘Total Eclipse’. The mammoth Beast On The Road Tour to promote the album saw the band breaking new territories including Canada and Australia and a headline appearance at the Reading Festival. The album has since gone on to sell over 14 million copies worldwide.

Clive then left Iron Maiden due to personal reasons and because of the heavy touring schedule. However he remained a firm favourite amongst the fans who felt that Burr’s drumming style was a distinctive part of the Maiden sound.

With Maiden he used Ludwig Drums and Paiste cymbals but his most recognized kit was the one used on the Beast On The Road Tour which was a custom TAMA kit.

Upon leaving Maiden Clive joined French rockers Trust who featured his replacement in Maiden, Nicko McBrain. With Trust he recorded the album ‘Trust IV’ in 1983, an album sung in French which was also released with English lyrics under the name of ‘Man’s Trap’ a year later.

Briefly joining Graham Bonnet’s Alcatrazz, who also featured a young Yngwie J Malmsteen, Burr left the band after just a week as he didn’t want to be based overseas in the States. He then formed his own band, Clive Burr’s Escape, who later changed their name to Stratus and featured the Troy brothers, Tino and Chris, formerly of Praying Mantis, and singer Bernie Shaw, now of Uriah Heep.

The album ‘Throwing Shapes’ was more of a commercial melodic rock offering. It failed to set the world alight and has since become a collector’s item. ‘Run For Your Life’ from that album was featured in the film ‘Class Of Nuke’em High’.

A year later, in 1985, Clive was asked by music supremo Jonathan King to join a NWOBHM sugergroup called Gogmagog who also starred Neil Murray, Pete Willis, formerly of Def Leppard, Janick Gers and Paul Di’Anno and released an EP with the Russ Ballard penned ‘I Will Be There’ but it failed to capture the record buyer’s imagination and the project soon folded.

In 1988 Clive teamed up with Dee Snider of Twisted Sister and former Gillan guitarist Bernie Torme in an outfit called Desperado who unfortunately never got to fulfil their full potential after disputes with the record label Elektra. The album ‘Bloodied But Unbowed’ was released posthumously and the band split without ever playing a live gig.

Although not a full time member, Burr did play with fellow East London Metal band Elixir on their album ‘Lethal Potion’ in 1990, returning to the style that he was best known with in Iron Maiden.

He later joined up with the Troy brothers again in a reformed Praying Mantis who still had a popular following in Japan and played on the live ‘Captured Alive In Tokyo City’ album in 1996. This version of Mantis also had former Iron Maiden guitarist Dennis Stratton in the band.

Clive was first diagnosed with Multiple Sclerosis in 1994 and eventually the disease confined him to a wheelchair for the last years of his life. His former bandmates in Iron Maiden recognized Clive’s contribution to the band and held many charity concerts for him, raising funds for the Clive Burr MS Trust Fund.

He was also patron of Clive Aid, a charity formed by fans which held events over the UK and many other countries. He leaves behind his wife Mimi. 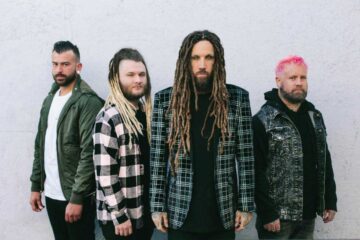