Waking up to a glorious day and breakfast of Mini Eggs and a yoghurt drink, me and fellow room mates wandered outside to explore the surroundings and to smoke.

Luke entertained himself with the intelligence of The Sun (after previously enjoying the morning delights of Jeremy Kyle), whilst myself and Ed sat admiring the car park and its ‘inhabitants’. It was then we realised that the bus had disappeared, along with Chris.

Due to his interest in Tai Kwando, we had been advised that he had gone to find some greenery to get his Chi balanced. So with visions of him all kitted out pulling various shapes in some field somewhere, we were suprised when the van pulled up and out sprung a smiley Chris. After questioning his whereabouts, he gleefully explained that he had taken a trip to Tiverton, found a 24 hour Tesco’s and eaten.

The rest of the group joined us, and with sore backsides from being sat on rocks edging the ‘lodge entrance, we decided it was best to head to the venue and Exeter for a wander in the sun. A quick spring clean of the van from last nights drinking occured and on we hopped. Another episode of ‘The Inbetweeners’ accompanied by much chortling soon saw us to the venue, where we arrived in plenty of time for exploration before the load in. 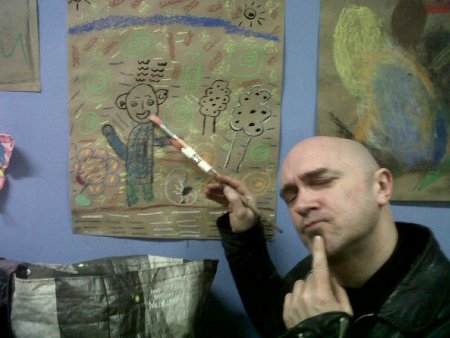 Matty drawing a self portrait

A quick drive into the center in search of food as stomachs were growling, we headed into the first Wetherspoons for brekkie. Matty was in his element, and the rest caught up quickly – men and food eh?

Beer and burgers to order, in fitting with our ‘rockstar’ credentials, we all went up to place our choices. Once at the bar, we ordered and went to return to our seats to find out two old women had taken residence. Mr Jones dealt with the situation and turfed them out in the politest fashion he could. Drama over.

After much devouring, the conversation ranging from mortuaries to spillages of beverages and thoughts of absent band members (bless em – come back, we need you guys), we headed back to the bus before the parking ticket ran out and decided to drive to see the sights. One problem though, the first turning happened to be a dead end, past the Exeter Cathedral School where Luke pondered, “is that where they teach about Cathedrals, non-stop?” Aww, bless em eh? Hahaha.

Continuing around the ring road, we somehow managed to lose the town centre. Luckily a quick jaunt around the outskirts led us back on track. I must say, there are some gorgeous buildings and greenery, very pleasant on the eye. 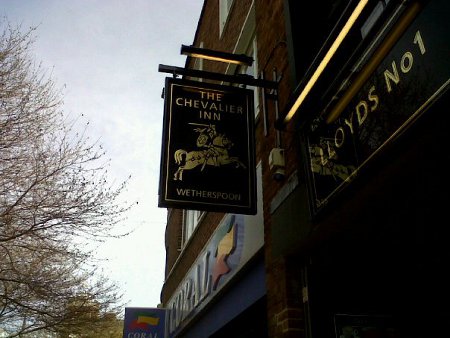 We ended up back at the venue to be ready for load in. Squeezing the van gently in through the narrow entrance to the small parking, with much guidance needed, Chris parked safely.

A quick walk into the area showed that it is quite an impressive space with a theatre layout. Matt, Joe and Luke ventured into town to sip coffee in front of the cathedral whilst myself, Chris and Ed stayed and had a bevvy.

The three rogue members joined us and we decided to hang out in the van to more ‘Inbetweeners’ – thank God for on board entertainment!

Checking in with the Monroe camp, it was evident that the soundcheck was gonna be tough due to the on stage sound not being great through the monitors, even though it sounded great off stage. Good news for the fans.

So, two hours later, still at the venue waiting for load in, half of the members deciding to crash on the bus whilst myself and the rest sunned themselves in the extreme heat till it was our time to move.