The Palladium was a theatre of musical paradise as AOR titans Styx delivered a thrilling show of rock at the House of Bruce.

Better still, this was first full-length show in London since the band’s triumphant return to Hammersmith Odeon after twenty-five years’ absence in 2005. The paltry eight-song guest-slots on Deep Purple and Journey tours during the intervening years were criminally short for a band with a recorded legacy that dates back to 1972. 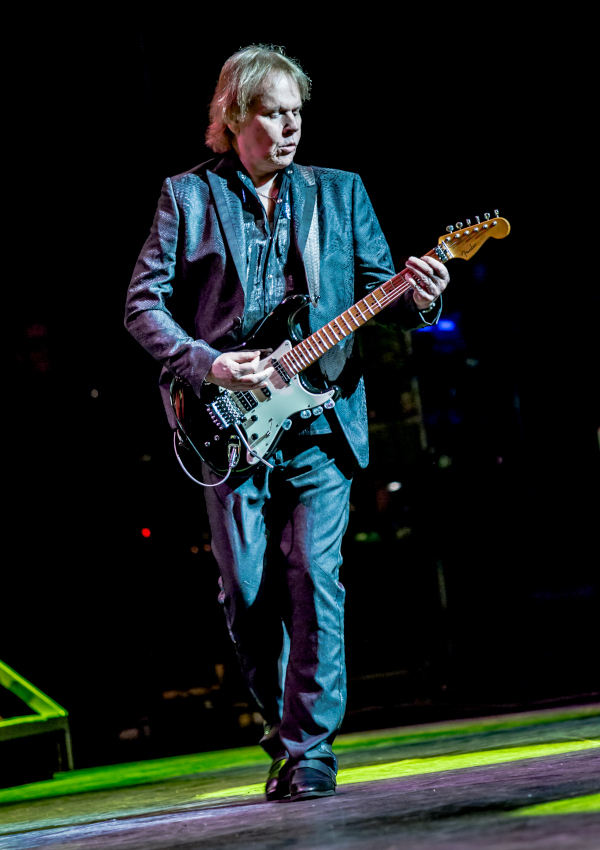 In common with Premier League AOR bands like Toto, Foreigner and Journey, the Styx style is complex yet accessible and melodically rich. Yet, different from their contemporaries, across its various incarnations the band has always benefited from the combination of three principal songwriters and vocalists, in the respective roles of intense folk rocker, charismatic guitar hero and theatrical keyboard virtuoso, backed by a powerful rhythm section.

This evening’s feature-length two-act drama played-out like a dream, with a great career-spanning setlist from 1975 US radio-play breakthrough ‘Lady’ to ‘Radio Silence’ from their 2017 space odyssey ‘The Mission’. 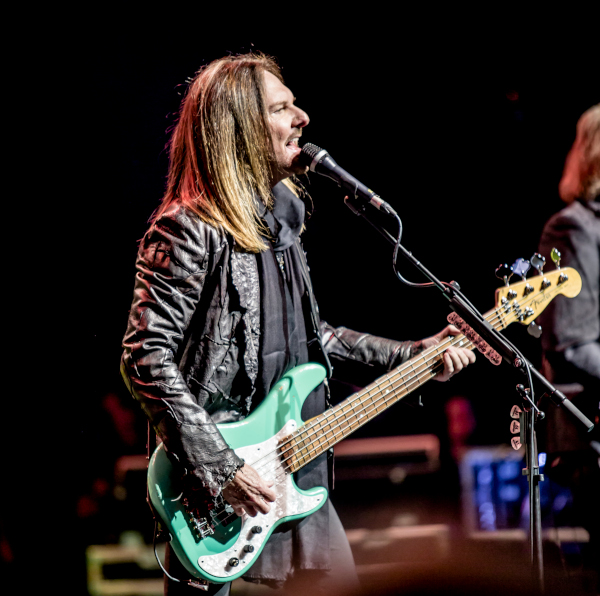 Remarkably, this latest album is their first collection of original material since 2003s ‘Cyclorama’ and is far more fully-formed and sees the current songwriting core of Tommy Shaw, James JY Young and Lawrence Gowen (aided by producer Will Evankovich and influential drummer Todd Sucherman) delivering their most cohesive album since their 70s heyday.

Just as the album’s opening track, ‘Gone, Gone, Gone’ declares: “Light it up, let’s get this show on the road”, this set the stage for a high-energy and infinitely satisfying evening, with three further songs from the new album, including the supreme art-pop of ‘Radio Silence’ and sci-fi prog of ‘Red Storm’. 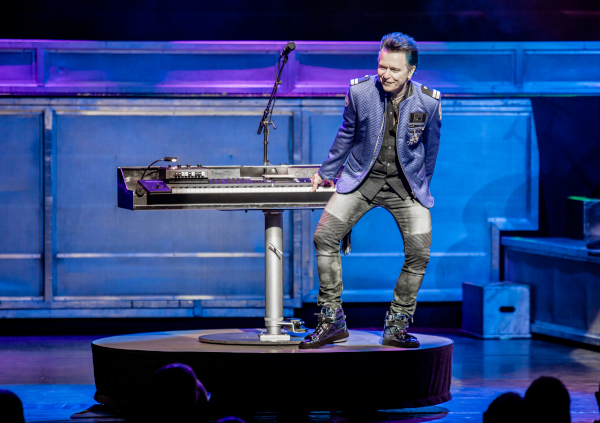 However, it was the rocking album tracks from AOR holy trinity of ‘Crystal Ball’, ‘The Grand Illusion’ and ‘Pieces Of Eight’ that elevated the show from the sublime to the ridiculously good. With musicianship apparently undiminished by age, it was the high quality of the vocal harmonies that really stood out, particularly on ‘Light up’, which recalled prime-time Yes songs like ‘All Good People’.

Lawrence Gowan joined the band at the turn of the Millennium and channels the spirit of his predecessor, Dennis DeYoung, into his own exuberant personality. Throughout the evening, his exceptional voice and keyboard mastery led the line, with classic DeYoung piece ‘Suite Madame Blue’ rendered immaculately. Such is his talent, that he managed to pull-off a cheeky solo segment, which blended old-time ‘State Street Sadie’ with snippets of ‘Don’t Look Back In Anger’ and the operatic section of ‘Bohemian Rhapsody’, to warm applause. 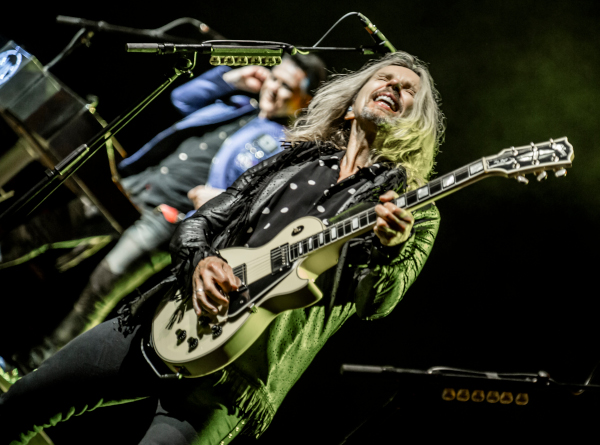 Including the proto-Styx band TW4, it’s hard to believe that JY has been the band’s guitar superstar for almost fifty years and his snarling rock voice has weathered well, evidenced by strident second-set opener ‘Miss America’ and his hearty contribution to the four-part harmonies, to which bassist Ricky Phillips also adds. Ironically, it’s Ricky’s partner in rhythm, Todd Sucherman, that’s the baby of the band.

For many years it was Tommy Shaw who held that title, when he replaced the guitarist from band’s original line-up in 1975. All these years later, the man with the ready smile and soaring voice continues to defy old father time. Of all band members, it’s the range of Shaw’s songwriting that impresses the most and provides many of the highlights of the evening, from the driving ‘Blue Collar Man (Long Nights)’ to the folksome ‘Boat On The River’ and the perspicaciously prog ‘Crystal Ball’. 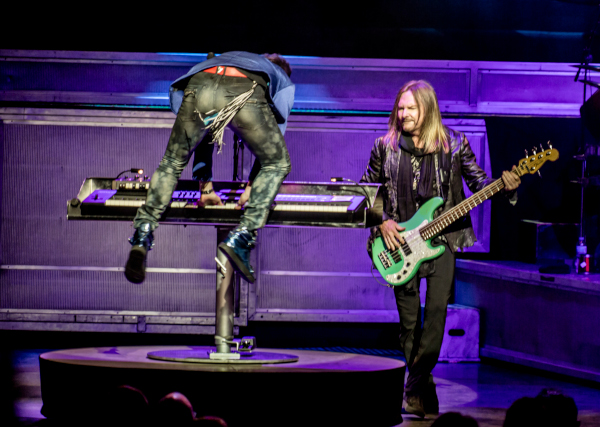 Despite ailing health, founding member Chuck Panozzo continues to tour with the band, appearing on-stage for two or three songs. It was touching and delightful to see him and long-time band-mate and friend JY stood side-by-side and rocking-out on the Who-like finale of the anthemic ‘Come Sail Away’ that closed the second set.

The band returned to the stage with the marmite synth rock of ‘Mr Roboto’ whose yin was overawed by the yang of that most-wanted song ‘Renegade’. This provided the perfect finale for what proved to be one of the best rock shows witnessed at the Palladium, with flawless sound, sumptuous lighting, a consummate performance from the entire band and a delightful setlist, which thankfully had no room for the porcine, syrupy balladry of ‘Babe’.

This was the best of times… 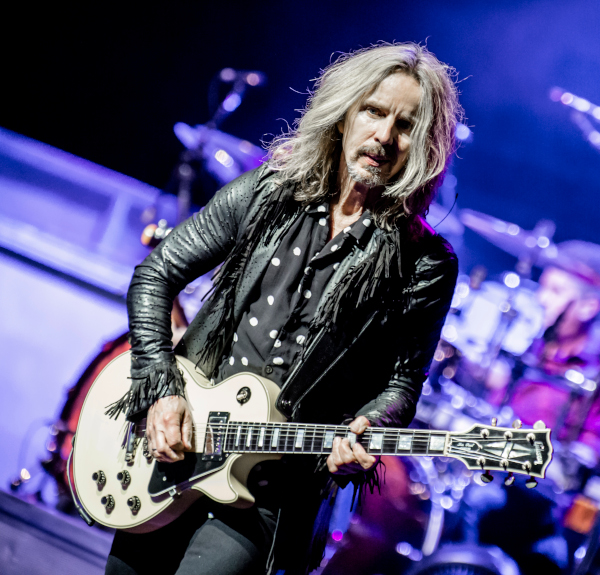 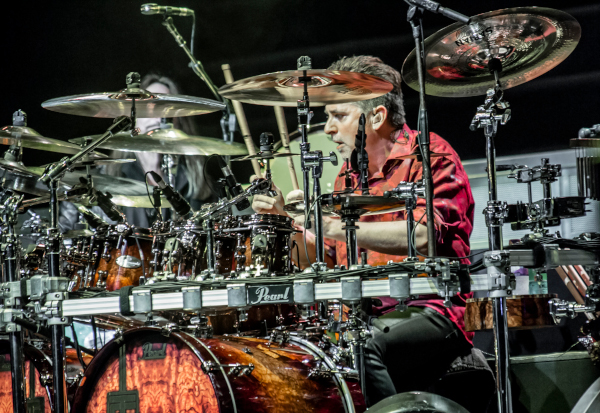