It’s almost two years to the day that Ian Danter launched his debut album, ‘Prove You Wrong’, with a lavish release party at Birmingham City’s football ground and now, at last, we have the chance to catch his live band.

For those unaware, Ian is a presenter of over ten years standing on Britain’s top sports radio station, talkSPORT, and is the only presenter in the history of the station to have hosted every weekday show. He was the station’s England correspondent in Rio at last year’s World Cup, a trip that was unfortunately cut drastically short but we won’t go there right now.

Ian was also the drummer in the UK’s top Kiss tribute act Dressed To Kill until 2010 and ‘Prove You Wrong’ contains fifteen self-penned melodic hard rock tunes on which Ian plays and sings everything, aside from the odd special guest on lead guitar and the lead vocals of Lee Small from Shy on twelve of the fifteen tracks. You can get a really great feel for the album in the promo video at the bottom of this page.

Ian has assembled a five-piece live band including his former Dressed To Kill bandmate, bass player Gary Piears-Banton, and this is a very different line-up to the one that took the stage for an initial string of dates after the release of ‘Prove You Wrong’. On those dates Ian was rythym guitar player and lead vocalist and this time around he’s handling vocal duties from behind the drum stool.

Yes, a singing drummer, not the very first but certainly a rarity and it certainly gives a different twist to the evening.

And an audience including current and former talkSPORT, Sky Sports and Uefa presenters and various names from the music world including Thunder and Magnum drummer Harry James and Wishbone Ash founder Martin Turner were out in force on a rainy Monday night in Putney which benefitted support band Qtone. 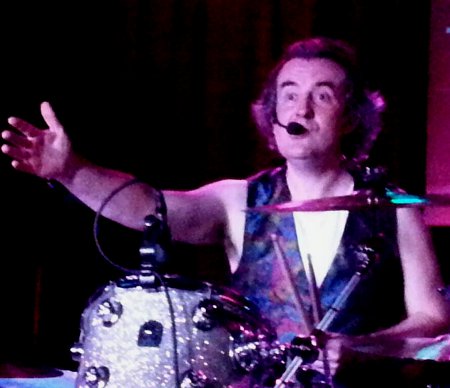 The quartet that is Qtone play an eclectic mix of various styles which culminates in a very interesting sound. Guitarist Robb Walles makes intricate solos look easy and he is the icing on this particular cake. Vincent de Vos on bass and drummer Charlie Kincaid provide a more than solid rythym section but the main focal point is frontlady Jess Turner.

She’s a bundle of energy and you can feel her unbridled enthusiasm emanating from the stage as Qtone’s songs are delivered in the band’s own unique style. You can’t really compare Qtone to any other band as they are their own entity and will have big appeal to fans of many different genres. It’s melodic and quirky but has a good edge to it and it definitely rocks. Catch them live at the next opportunity and give your ears a treat.

Today is the day that Ian’s brand new three track EP, ‘Chinese Whispers’, is released. As with ‘Prove You Wrong’ all instruments are performed by Ian with some special guests and we get to hear the EP’s title track tonight in the first half of a very satisfying set.

We get all but four of the tracks from ‘Prove You Wrong’ but not in the album’s running order, ‘Chinese Whispers’ of course and two covers, Bryan Adams’ ‘One Night Love Affair’ and Kiss’ ‘Deuce’, which were both executed superbly well. 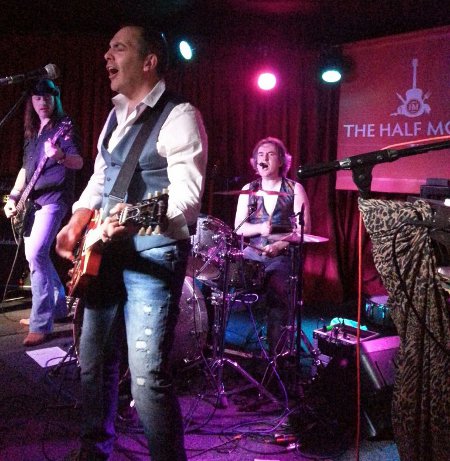 ‘Prove You Wrong’ contains a really good range of songs and this is demonstrated nicely in the live set with each track standing on it’s merits and individuality while sitting comfortably within the set. ‘Brilliant’ and ‘Forget About Me’ were real highlights of the evening.

Addressing audiences is second nature to Ian and this gives him another string to his rock n’ roll bow as he is an entertaining and engaging frontman. It’s all in the stagecraft and there were none of the usual cliched routines or robotic thanks that we get far too often from unoriginal frontmen. The banter was good (Danter Banter) as Ian is expert at holding an audience’s attention.

The band often broke straight into the next song with no gap and barely dropped a note all night and all in all, this was a thoroughly professional performance, polished just enough so the soul remains and with what was a really great sound on the night, a highly enjoyable evening was had by all.

Ian has previously said that this is not about commercial success – it’s about living the dream that has been there since childhood and fulfilling a burning ambition.

With ‘Prove You Wrong’ now established, a second album scheduled for a September release and a really great live band all ready to go, who knows what heights this project could reach. 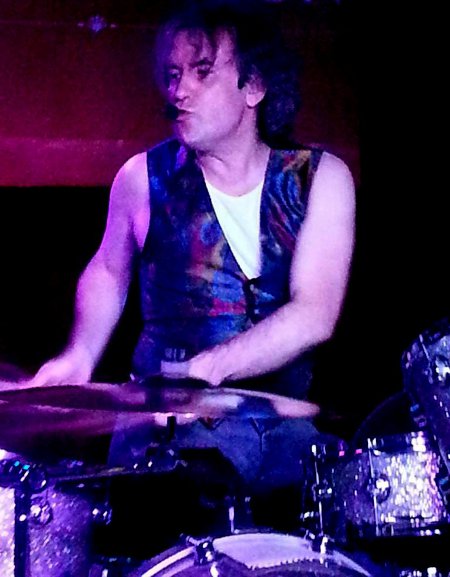 Setlist:
Soulmate
Cloud 9
Brilliant
Crocodile Tears
Chinese Whispers
Second Time Around
Forget About Me
One Night Love Affair
Prove You Wrong
Stay In My Heart
I’ll Drag You Down
Simple As That
Stronger Than That
She’s From A Different Solar System

Deuce
I’ll Get Around To It