After an absence of over four years, Pearl Jam finally returned to the UK to perform at London’s O2 Arena. This appearance was slightly delayed even further, being rescheduled from a month earlier after singer Eddie Vedder lost his voice, marking the first time in almost thirty years the band has had to postpone a show for this reason. As they’re famous for playing consistent three-hour sets, it’s amazing Vedder’s voice hasn’t given up on him before.

Now making this the last show of the European tour, with apologies to be made and no support act, it’s clear the band would put on a marathon concert, even by their standards, and at £75 a pop per ticket, plus booking fee, one would hope so. The price no doubt would prove to be prohibitively expensive for many, but the result is a cast of die-hard fans, many of whom had flown in from Europe and beyond. 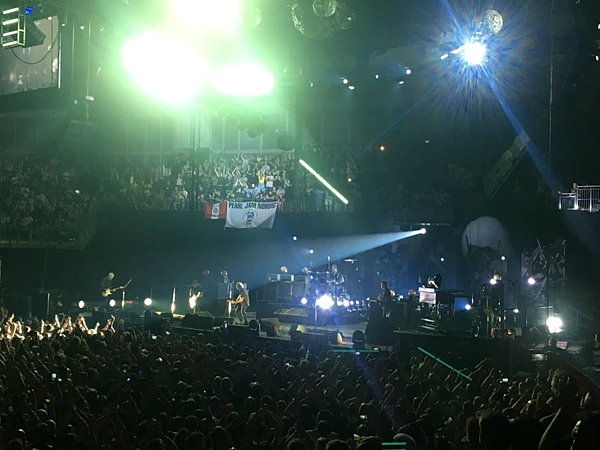 Making their entrance to a recording of ‘Metamorphosis Two’ by Philip Glass, the band stood below their most elaborate lighting rig yet as they opened with fan favourite, the atmospheric classic ‘Oceans’.

“There’s no reason to save our voices because there’s no tomorrow…” Vedder warned, as they segued into ‘Nothing As It Seems’, before a trio of ‘Go’, ‘Corduroy’ and ‘Save You’ picked up the tempo. 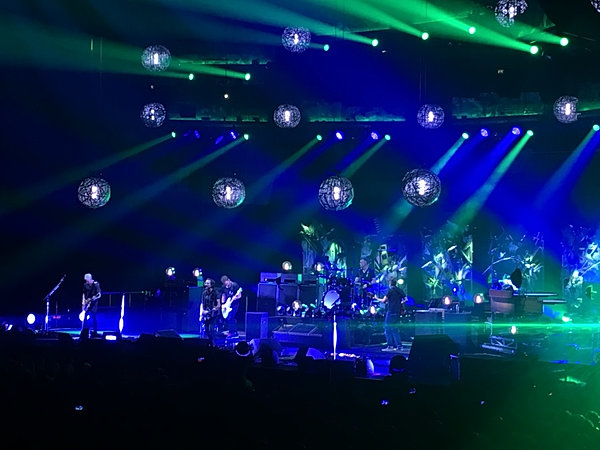 The rescheduled date meant that there would be a very special guest to greet fans flowing in from North Greenwich tube station – fresh from his own recent tour of the London skyline… The Donald Trump baby blimp, an appearance apparently directly requested by the band.

“Trump’s actually bringing people together in a great way…,” Vedder would later muse, as he read out his favourite protest placard slogans from the Trump protests the weekend before.

A major highlight of the night was a song they play less these days, ‘I Am Mine’, from 2002s ‘Riot Act’. The cracking ‘Satan’s Bed’ surprised fans before their newest single, ‘Can’t Deny Me’, like 2009s ‘Got Some’ and 2013s ‘Mind Your Manners’ continues the band’s trend to debut new albums with shorter punky singles.

Guitarist Stone Gossard handled vocal duties with ‘No Code”s upbeat, crunchy number ‘Mankind’, before proclaiming: “This is why they don’t let me sing”. As ‘Rearviewmirror’ rounded up the first set, we were only hour hours into the show. 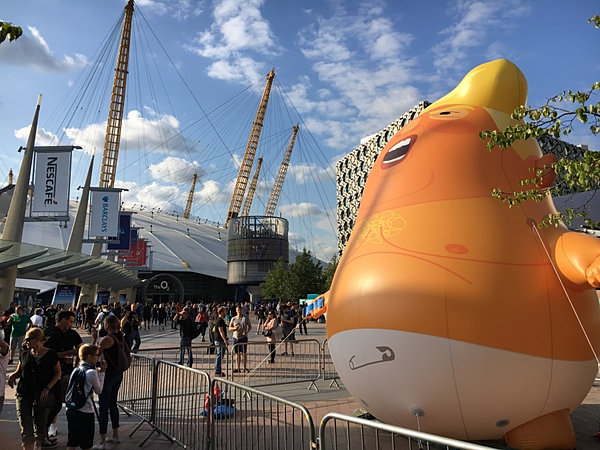 After a short break and trip to the bar, Vedder came back for the first of three encores and performed a solo rendition of Tom Petty’s ‘I Won’t Back Down’, before playing ‘Fatal’, a rarity in the same vein as ‘Oceans’. The incredible ‘Breath’ and ‘Porch’ would hit all the right notes and had the band sounding as young and better than ever as they rounded up their first encore.

The second encore ended with their first ever single, ‘Alive’, The Who’s ‘Baba O’Riley’ and ‘Yellow Ledbetter’, three songs that could have each ended the entire set on their own. 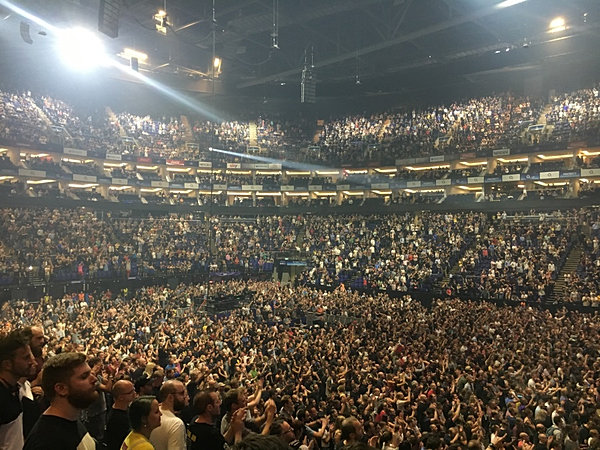 Fans started emptying out when the bank linked arms and took a bow… but to most people’s surprise they would play one last song… a roaring rendition of Bob Dylan’s ‘All Along The Watchtower’, rounding off the set at a whopping thirty-three songs, over twenty minutes after the 11.00pm curfew.

This was a concert dedicated to the fans and one that left people ecstatic.

2. Nothing As It Seems

28. Elderly Woman Behind The Counter In A Small Town

33. All Along The Watchtower